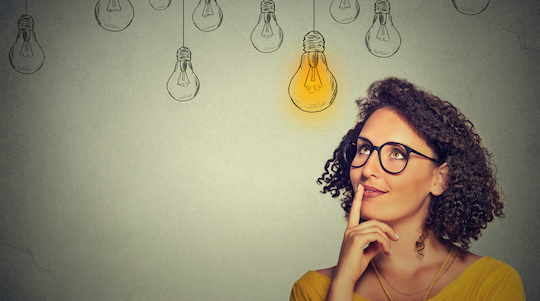 Dr Ken Hudson says that organisations that undergo incremental innovation leave themselves exposed to disruption from competitors and that reinvention is the tool required.

We are being told by our Federal Government that we are entering, or already in the middle of an ideas boom.

I totally agree with the shift from a reliance on natural resources to our collective imagination and passion. It’s a pity that our government is not following its own advice, but that’s another story.

Many leaders of large companies are following this advice. They have set up their own innovation departments headed by senior people. This is a welcome initiative.

The reality of these developments is that most innovation is of the incremental type. It could be a small change in flavour or packaging or pricing. This is particularly true of innovation within the major multinational companies.

There’s nothing wrong with this approach – it’s a low risk, inexpensive and fast way to innovate, and lots of small changes over time can make a big difference.

However it does leave the organisation open to a disruptive threat.

These types of scenarios are well known to leaders of big organisations.They are countering these potential threats by investing in start-ups or establishing incubators or acceleration funds. Again, these are worthwhile strategies.

In spite of these actions leaders, attitudes to disruption are what interests me the most. In my conversations with them they will often say of disruption:

Most importantly they struggle with what to do about it anyway. The idea of totally disrupting their own business or organisation is just too big a step.

But there is an alternative. It’s called reinvention.

It occupies the middle space between incremental innovation and disruption.

Let’s take McDonald’s for example. In the past 20 years it has reinvented itself numerous times.

When they introduced the Breakfast Menu, they built on what existed and was working (eg. the store locations, staff, logo etc) and mixed it with some new items (eg. a new menu, opening hours and advertising).

They had reinvented themselves and in the process had created a new offering and revenue stream.

They then repeated this process with drive throughs, McCafé and Create Your Taste.

The great advantage of this reinvention process is that it continually develops new ways to grow and engage a customer base using existing assets.

I believe the lesson of McDonald’s reinvention is one that any leader of a medium size organisation can copy.

How and where to start to reinvent a product, brand or business

The reinvention journey begins with the leadership team asking itself 3 questions:

In the McDonald’s example the leaders decided that the store layout must stay the same, along with its, logo, company name, and locations.

Yet they could let go of the idea that they were only a hamburger business that was open at lunch and dinner-time.

This is a crucial question because it often means letting go of what has been successful in the past.

Answering the first two questions meant that the McDonald’s leadership team could reinvent the menu, opening hours and create a completely new eating experience for their current and new customers.

Think of how the leaders of the game of Cricket have reinvented their 100 year old game with the 20 – 20 format or Lawn Bowling, from an boring, slow game for older people to a fun, different experience at a birthday party with barefoot bowls.

Products, brands and organisations all have to be continually reinventing themselves if they want to survive and flourish.

Want some other examples?

Think of how Madonna is continually reinventing herself to ensure her continual success and longevity. It’s a sign of the times as we as individuals also have to reinvent our careers again and again.

Reinvention, I predict will become the new buzzword in leadership circles. It reduces risks and builds on the organisation’s current assets to generate growth.

If you are an established business leader and you are not doing, it you will be disrupted!

Dr Ken Hudson is an international author, facilitator and speaker.

BY ON 3 May 2016
Dr Ken Hudson is a former marketing director (Amex) and has a PhD in organisational creativity. He is also the inventor of creative thinking tool, Blitz (www.letsblitz.com)