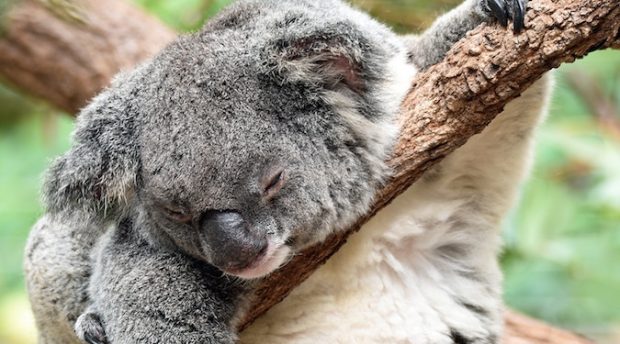 Marketing speaks with University of Melbourne neuroscientist Artemio Soto-Breceda about the strong links between dreams, sleep and our understanding of learning and memory.

Marketing: To what extent do we understand brain’s activity during sleep? 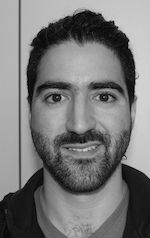 Artemio Soto-Breceda, neuroscientist, University of Melbourne: I’ll give you a little timeline which covers not only sleep, but learning itself. It was in 1893 when Ramón y Cajal, a Spanish scientist, proposed that plasticity was the way we learn. Plasticity means that the brain’s neurons reshape their connections.

It’s important to know that neurons are constantly changing their connections. Even with elderly adults, that’s still happening. It’s a common belief that we can only learn, and our brain only changes, when we are kids. That’s actually not true. We are changing our brain connections all the time. Our neuron connections or our synapses change when we learn new things.

Then, in 1924, it was [John] Jenkins and [Karl] Dallenbach who found that, while we sleep, we reinforce whatever we learned that day. So, if you learn something during the day, let’s say, a new language, that night your brain will recall everything you learned that day. That will reinforce the new connections that you created.

Is this reinforced via dreams, or does it happen unconsciously?

It is a little bit of both. It’s subconscious, but it is pretty much dreaming. In 1924 they didn’t know much about how it worked because the technology didn’t allow them to study the processes of what goes on in the brain. They could only teach someone something, then the next day ask them how much they learned, or test how their knowledge was reinforced. But, when electroencephalogram (EEG) – a connection of electrodes on the brain on the outer skull – was introduced, scientists started recording people when they were dreaming or sleeping.

First of all, they discovered that, while we sleep, there are two stages of sleeping. The first, is when we are not quite deep sleeping. That stage is called slow-wave sleep because our brain is going at a very slow pace and not showing much activity. During that stage we don’t dream too much. If we do, we dream boring, very repetitive things like walking down the street.

In 1953 with the EEG recordings, they discovered that we then pass to rapid eye movement sleeping – REM sleep. We are actually deep sleeping. That’s when most of the dreams happen. During REM sleep, it’s very interesting because that is when we are sleeping more deeply, but also when our brain is most active.

They tested patients or subjects with EEG during their day and recorded the activity of their brains. They then recorded the same activity while they were sleeping. They discovered that during REM, the brain repeats pretty much exactly the same things that happen during the day.

For example, if I watch a movie at 9pm, my visual cortex is going to be very active and is going to receive all the stimulus from the movie in the cinema. Then, when I go to sleep that night, during my REM stage of sleeping, I will be dreaming. Maybe I don’t know what I’m dreaming, maybe I won’t remember the next day, but my brain is repeating exactly the same connections that happened while I watched the movie. That’s the way of the brain to reinforce the learning and whatever connections were newly created during the day.

If I learn to play guitar, I will create new connections in my brain. The first time I connect those synapses, they are going to be weak and not very exercised. Then, when I sleep that night, my brain is going to repeat the same things. My brain is going to think that I am playing guitar; I am listening to the same things, I am moving my muscles the same way, and it’s going to repeat the same connections as if I were playing the guitar again.

That strengthens the connections or the synapses between the neurons and reinforces the learning and the new memories that I am storing in my brain. Dreams are more or less the way our conscious brain tries to make sense of this stimulus. When we are awake, we receive stimulus and we know how to interpret it.

If we listen to music, we know it’s music, it’s coming from over there. We know that, say, my friend is playing the guitar. When we dream, we repeat all those stimuli or all those receptions in our brain, but we are not conscious, so we don’t know how to interpret it. Then we create these crazy environments and stories in our brains during sleep based on this activity of the brain.

That’s how we dream. We receive a lot of activity in the visual cortex during the day. Then when we go to sleep, we don’t know how to interpret that activity so our brain makes up a story. Maybe that story is that we are watching the stars, or flying in space and seeing very crazy lights.

How much do we know about dreaming? We really don’t know much. But we know that while we dream, we repeat the connections or the activity in the brain as if we were awake. We cannot move because our brain blocks some chemicals and that prevents our muscles moving. While the REM stage is on, our brain is the most active, but our body is less active. The only thing that can move is the eyes and they move a lot.

What are the biggest gaps in our understanding of dreams and sleep? Is there anything in particular that scientists are focusing on to grow the understanding?

That’s one of the mysteries that we still need to solve. What part of the brain dreams? Is it all of the brain or does it sit one specific place that stimulates dreams?

Armed with that understanding, what could be achieved?

On the other side, maybe we could create our own dreams, take a pill like ‘dreaming that I go to the beach’ or ‘dreaming that I’m with a loved one’. Somewhat like lucid dreaming, but external.

How important a role do dreams play in reinforcing lessons? Without them – in cases of sleep deprivation, for example – would our learning be greatly affected?

Definitely. Sleep deprivation would be the worst for a person. Not only because they’d be tired, but because it’s much harder to learn if they haven’t had REM stages. People under sleep deprivation, who have difficulty sleeping, who may have insomnia or their sleep is very weak and they don’t quite reach REM every night, will have much more trouble learning.

Sleeping is necessary to learn something properly. You can still learn, create new connections and have memories, but they will be much weaker or they will need more conscious reinforcements.

If I want to learn something for an exam? Let’s say it’s Monday and I have to study for an exam on Friday, if I am not able to sleep from Monday to Friday, I will have to study three times as much and repeat the same tasks or the same readings to have it stick in my mind.

That’s why it’s not recommended to study for an exam the same day. It’s always recommended to study the previous day or even two days before, because the brain is going to do the work itself. I learn something, I read an article or the textbook for my exam and, while I sleep, it’s as if I am reading the book again. My brain itself does it for me. Not being able to sleep or not being able to reach the REM stage will be very detrimental for someone’s learning.

Also, a more recent discovery – proposed by [Francis] Crick and [Graeme] Mitchison in 1983 – is that sleeping allows us to forget. This is also very important for learning and having memory. Because, if we have new knowledge that contradicts previously held knowledge, we need to erase and forget that previous knowledge. Otherwise our brain is going to be in conflict; it will not know which is right. That’s one of the reasons forgetting is important.

Another reason is that there is a lot of stuff that we don’t need to remember. Like what we had for lunch on Wednesday three weeks ago. We have to specifically forget those things that are used for our brain. The way we do that is also during REM. Sleeping and dreaming and having these stages of deep sleep helps our brain, or allows our brain to weaken those synapses that are no longer necessary. It frees space for the important synapses to be strong.

If we don’t reach this dreaming stage, we won’t be able to forget the useless things in our brains.

How do you think marketers should better aim to trigger learning and memory in consumers?

Think about the senses. Some people find a better way of learning is to have visual stimuli, while for some it may be auditory or olfactory. The best way of advertising would be to target them all. That will not only work for everyone, for all the people, but also will create a bigger message in the brain.

Only receiving one kind of stimulus will only activate a smaller part of the brain. A bigger stimulus, more concrete, across different parts – auditory, visual, olfactory and maybe even sensorial, tactile – will activate the brain a lot during that process of learning.

There are going to be a lot of connections rather than a few. Some people’s connections will be strengthened on one side, some will be strengthened on another and in the end, when they go to bed that night, all of them are going to reinforce the learning in their own way and they will remember the message very well. They will have global stimuli. Not just one part is stimulated, but all of them.