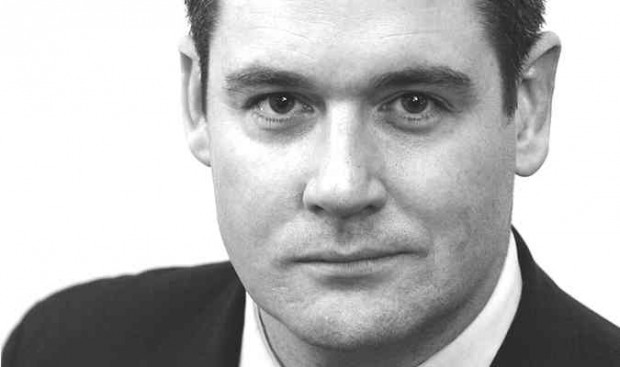 Marketing is very pleased to welcome Mark Ritson to the magazine as he takes up a new regular place with this ‘Ritson on Brand’ column and whose stated aim ‘to calm everyone down a bit’ will most likely backfire. This is going to be fun.

According to the great poet, Henry Wadsworth Longfellow, into each life some rain must fall. And in this bumper issue of Marketing, which has taken the theme of ‘social’, consider me that raindrop. On many of the pages of this edition you will find positive, attractive young executives who work at smashing agencies with cool names telling you just how amazingly awesome social media is for marketers. And then there is this column from yours truly: a slightly sagging, increasingly grey marketing professor who works at Australia’s oldest business school and who was born (look away now) in 1970.

Despite that dismal disclaimer, follow me for the next few paragraphs. Because it is my firm belief that much of the nonsense marketers are currently being fed about social media is, at best, disingenuous and often downright bullshit. I spent a very long week a few years ago categorising every single article written in a calendar year across all the top Australian marketing titles and then counting how many were about social media and how many were about traditional media. The results demonstrated that there was an almost exact 50/50 split between the two types of marketing communication.

That may sound all well and good, but given social media will represent significantly less than 10% of this country’s marketing spend for 2016 it should trouble you deeply. Why would social get five times the coverage that it actually deserves?

Worse yet, that coverage is wildly imbalanced towards social media and against the more traditional options. A few months ago I busted a business journalist I respect very much who wrote an article about the fact that almost a quarter of Unilever’s $8 billion ad budget is now spent on digital. I pointed out that the same content with the heading ‘Unilever Continues to Spend 78% of its Ad Budgets on Non-Digital Media’ may have been a less sensationalised take on the situation. It’s a single example of a daily occurrence in which the amount and subjectivity of coverage of social media continues to defy business reality.

Facebook has 13 million monthly Australian users. YouTube now claims one billion monthly viewers across the planet. Snapchat users watch eight billion videos a day. But did you ever notice how this data is always presented separately from traditional media numbers? That’s because these apparently huge figures get smashed by good old-fashioned media in every demographic.

This month the average Australian will watch almost exactly 100 hours of video content. Despite what you may have heard about the bazillions of social media viewers and the imminent expiry of traditional media, a massive 85% of that content will be watched on a TV. Not a phone or a PC or tablet.

It’s a similar story for radio, which, as you may have read, is pretty much a dead medium. Despite the incredible reach and immersion that Facebook has achieved in Australia in recent years, it still gets its digital arse kicked by radio, which has significantly more reach and hours spent on the medium here in Australia.

But rather than bang on about the ridiculous exaggeration of social media and digital marketing at the expense of traditional approaches, I’d like to do something else. I’d like to question the whole binary distinction between these concepts even being worthwhile. Why would we class Facebook as social media and not TV?

Solid research from Thinkbox in the UK shows that ads shown on television are 600% more likely to garner social interaction than those encountered on, er, social media. And I’m similarly bemused as to what exactly the divide is between digital and non-digital media.

Given the manner in which outdoor advertising, TV, radio and even cinema are now being delivered (ie. digitally) what exactly is non-digital media these days? Hot-air balloon advertising?

If you need evidence, I highly recommend an evening in your own living room watching your loved ones skilfully slalom between so-called digital and non-digital media with no apparent concern or even awareness they are transgressing the holy line that obsesses our industry. Or amaze yourself as your eight-year-old savant jumps from traditional TV to second- screen social media and back in real time to the TV in a manner that almost makes you think that the whole distinction between social and traditional is industry horseshit that consumers have completely ignored from the start.

We have built two stupid silos inside marketing. One is called digital. The other is called traditional. I remain entirely bemused as to what ‘digital marketing strategists’ actually do inside companies. I am even more intrigued as to what their non-digital marketing colleagues get up to in the next cubicle. I imagine them reading yellowing copies of Cleo and watching reruns of The Graham Kennedy Show while sucking on a couple of KB Lagers.

As the tech savant Nicholas Negroponte predicted almost 20 years ago, “Like air and drinking water, being digital will be noticed only by its absence, not its presence.

“Except for stupid bloody marketers, of course, who won’t notice any of this and keep banging on about it for decades.”

OK, I admit I added that second sentence. Negroponte did not mention marketers when he predicted the events of 2016, but you can see my point. The whole premise of world-beating marketing communications is predicated on first coming up with a strong strategy and then – and only then – reviewing all the potential executional tools at your disposal to deliver the strategy and make money.

There is no doubt that all the various digital tactics that have emerged over the last two decades have reshaped the world of marketing execution, but they have  changed the questions of marketing strategy not one jot. We still need research and we still need target segments, objectives and positioning statements. Calling any of this digital would simply mean you want to rebuild your own little world inside a digital silo. Madness.

So, in summary, you need an old bloke like me to calm everyone down a bit. It’s awesome we have some new players in the world of marketing, but the game of marketing remains the same.

Oh, and hello from your new Marketing columnist. See you in June when I will be taking a similar-sized shit all over the concept of ‘brand love’.

BY ON 26 April 2016
Professor Mark Ritson is an internationally renowned marketing consultant and teaches marketing and brand management on MBA programs at London Business School, MIT Sloan, the University of Minnesota, Singapore Management University and Melbourne Business School. Tweet him at @markritson.

« Interview: Mark Kramer on the past, present and future of shared valueAttn to detail: using your email signature as a marketing channel »