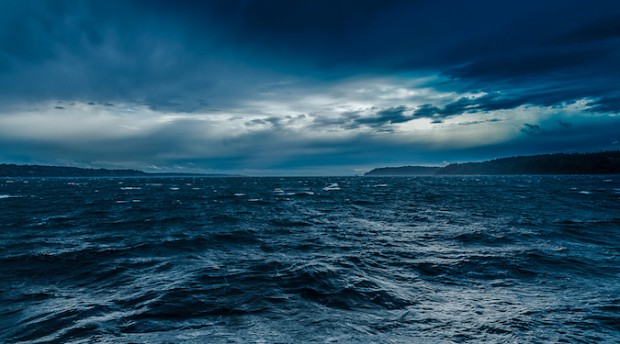 Last year, our friends at Buffer outlined a list of the ’61 key social media metrics’. While it was a comprehensive list, it highlighted the number-one challenge that exists in the marketing community: how does one simply quantify the business value of social media?

Today, social ROI remains an elusive concept to describe and communicate in most organisations – but it shouldn’t be. With real-time metrics and high performance tracking, why isn’t it effortless? Why don’t we know the answer to the ROI question?

Tech advancements, such as Facebook’s Pixel, have enabled us to measure and track all the way through the marketing funnel, but we’re now swimming in an ocean of metrics. This is Facebook’s ad reporting options screen, circa June 2016: 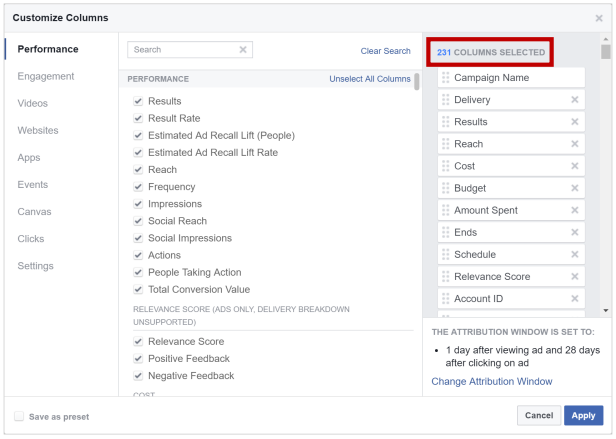 There are no less than 231 reporting data points. While this is fantastic if you’re a data scientist, it will be completely overwhelming if you’re one of the 50 million business marketers using Facebook.

Beyond Facebook, the problem is complicated exponentially when you consider performance across multiple social channels. All the social channels conveniently define ‘standard’ metrics in different ways. For example, Twitter’s engagement rate is calculated differently to Facebook’s. So when trying to compare apples with apples you usually end up with a fruit salad.

SocialROI.org is an initiative founded with the goal of open-sourcing a framework for measuring and reporting on social media performance.

The SocialROI framework is based on the traditional marketing funnel, first used in the 1960s. Why rely on a 50-year-old funnel to measure social media? Because it provides us with a universal language for communicating the value of social that anyone in an organisation can immediately understand.

Six pairs of metrics are used which relate to each part of the funnel, from ‘Reach’ at the top of the funnel through to ‘Action’ at the bottom. Each pair consists of a total count and a rate pairing. For example, at the ‘Interest’ section of the funnel the Interactions metric communicates a total count and the engagement rate metric communicates a percentage of the interactions against the reach. These metrics are inherently cross-channel compatible because they’re based on primary interactions.

Making the funnel work for you

With the SocialROI framework defined, the next step is deciding which parts of the funnel to focus on. This is a really important step because this decision will impact everything you do on social media, including: what kind of content to post, how to support it with paid spend and how to measure its performance.

Every organisation has different internal priorities and processes. You’ll have your own stakeholder expectations to balance, in addition to your own goals for social media. The easy answer is to focus on the whole funnel – awareness to action. But there’s no right or wrong answer here.

The SocialROI framework is an open source project, meaning it’s designed for you to take and use in your organisation. Download the assets at Socialroi.org.

Our goal is to help marketers measure and quantify their social media performance in a standard way across all social channels. We hope it will assist with communicating the value of social media to your stakeholders through weekly, fortnightly or monthly reports.

The next article in this series will focus on how you go from planning to implementing the SocialROI framework.

« Three best-practice tips for using surveys in a market-sizing studyTBT: Marketers were jumping on the virtual reality brand wagon a decade ago »