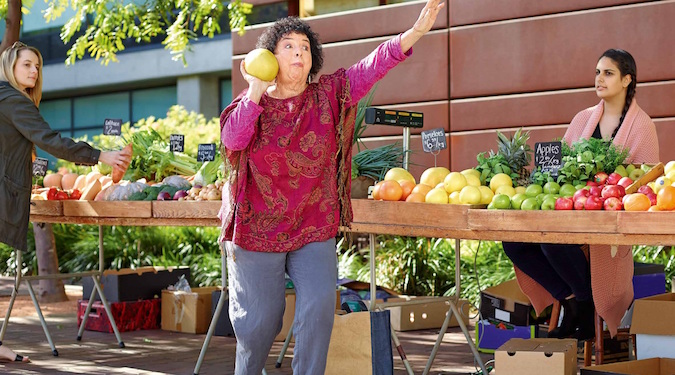 A campaign has launched to increase fan engagement on the leadup to and during the Rio 2016 Olympic Games.

WPP AUNZ, in partnership with the Australian Olympic Committee has launched a video campaign launching the tagline ‘Live the dream. Love the team.’

The campaign film sees Australians in everyday scenarios living the olympic dream in creative ways with everyday objects such as a plate, a tape measure, and green groceries.

“The brief for this campaign was challenging in that it called for a creative idea which would appeal to every demographic in the Australian population. That meant something that would resonate equally to every age group and every socio-economic group. All within a very tight timeframe,” says Simon Collins, creative director at 1 Kent Street, the creative agency responsible for the campaign.

Related: The Australian Olympic Committee rebranded in February this year »

“The campaign also needed to be modular, so that it could be adapted to whatever formats and lengths our media partners might provide. The ‘Live the Dream. Love the Team.’ campaign is the result of what can only be called an incredibly enthusiastic collaboration between a range of different organisations with a single goal – to generate as much reciprocal engagement for the Australian Olympic Team as possible. We’re proud of the result and hope it will help every Australian get excited about our national team competing in Rio on the world stage,” he says.

A number of variations of the video go live this week including TV commercials, out-of-home, print, online and social across Facebook, Instagram, Twitter and Snapchat utilisng #OneTeam.

Here’ the one minute video