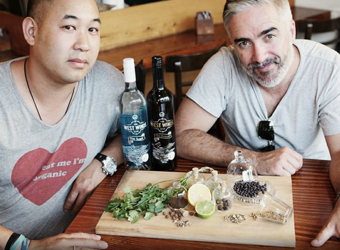 Australian craft spirits are taking advantage of their turn on the nation’s bar. Marketing talks to the players of the movement to find out the trend’s impact on the liquor industry and how the country’s tastes are changing. In Part 2, we profile some of the country’s organic success stories – those that define ’boutique’.

READ: The Spirits of Australia part 1: the rise of our boutique world-beaters »

Boutique is booming in the Australian spirits industry. Hundreds of tiny manufacturers have popped up in recent years and bars and retailers are jumping onto the trend. It all started with the Tasmanian whisky industry in 1992 when Lark Distillery’s Bill Lark changed an ancient and outdated law preventing small-batch distillation.

Fast-forward a couple of decades and we’ve got locals trying their hands at everything from gin and vodka to coffee liqueur, bitters, and of course, more whisky. And the quality is impressive.

Making spirits might sound like fun but it’s also risky business that requires investment. “I think no one’s foolish enough to bring a mediocre product to market,” says Yuri Chlebnikowski of Melbourne retailer Nick’s Wine Merchants. “They’ve all done their homework, they’ve all learnt their trade as well as they can before they get into this.”

Marketing has been on a quest to discover what is driving this boutique local spirits industry and what it means for the marketplace, which has traditionally been dominated by large global conglomerates. In part two of four in our local spirits series, we sit down with a few boutique players to find out what they’re all about.

The West Winds Gin started out as a partnership between four good mates having a bit of fun.

“I’d love to tell you we had a business model and well-executed plans but we didn’t really. Everything’s been really organic,” says Jeremy Spencer, who likes to go by the title of ‘rear admiral – director of sales, booze and buccaneering”.

Giving a sense of the kind of casual fun behind this business, Spencer’s partners have all given themselves equally unusual titles – Jason Chan is ‘head of creative development (AKA cocktail-making king!)’, Paul White is ‘head of navigation, coordination and ship’s doctor (or CEO and chief distiller)’ and James Clarke is ‘deck scrubber, flag-furler and strategy (or sales and marketing administration)’. Each brings their own unique expertise to the mix.

The West Winds’ two gins, The Cutlass and The Sabre, are both bold and savoury, showcasing native Australian botanicals and Margaret River water.

“We put native bush tomato in there. People said you couldn’t do it, so we said, ‘Piss off, we’re going to do it and we’re going to do it well.’ We’d garnish it with cherry tomatoes or green capsicum in our gin and tonics and it’s a savoury style drink that goes well with food,” Spencer explains.

The brave statement certainly made an impact – within four weeks of launching in 2011, The Cutlass won a double gold medal and The Sabre a gold medal in the San Francisco International Spirits Competition. Both gins also picked up awards in the 2013 competition.

Spencer describes The West Winds’ flavour and packaging as, “unique and Australian but still contemporary”.

“I think with the whole provenance movement now, everyone wants to know about where something comes from. We were just honest about it. We wanted to do something Australian, something cool.”

Spencer’s and Chan’s background in bar work helped them to get the products into the country’s best 100 or so bars and the brand’s influence has grown from there. 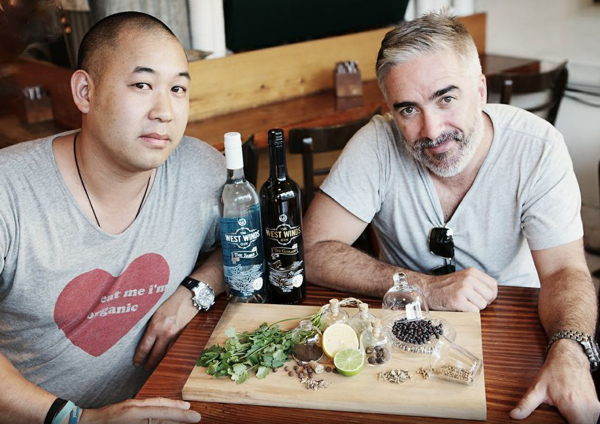 The distillery was an early entrant to the Tasmanian scene in 1994, and from the start, the team knew they needed to produce extremely high quality whisky to fit the $100-plus-per-bottle market.

“It was never going to be a commodity game,” says Bert Cason, sales and marketing manager.

Single malt, non-chill filtration, single-cask bottling, natural colour, strength and packaging are just some of the factors that differentiate the good from the average in the whisky world.

“Right from the start the guys identified exactly who they wanted to target and it was your higher-end whisky consumer, so the whole product and the whole value chain was designed to service that segment,” Cason explains.

High quality barley and water from Tasmania are essential to the product’s quality, but Cason explains the key to the brand’s success is simply the attitude with which Sullivans Cove is made.

“The mission’s always been to create the very, very best whisky you possibly could. Fortunately there were  already very good quality raw materials, but regardless of that, the whole attitude towards making the best means we have to source the best barley, and it’s got to be good clean pure water, which is in abundance down in Tassie.

“Over the years as the whisky’s matured, it’s turned out to be exceptionally good across the board – not just limited to one distillery. Tasmanian whisky now stands for a certain degree of quality.”

“I work a lot in the booze industry so I just went up to the distillery one Sunday and we got talking, and ended up being there for the whole day,” Baker recalls.

“He makes a gin and a few liqueurs and things like that, and he was talking, ‘I’ve got this idea for a coffee liqueur’. He had some early work done on this product, something he thought he could turn into something brilliant, and I was like, ‘Oh wow, that’s like nothing I’ve ever had before’.

“Definitely there was no strategy, nothing like that. We just got creating something we believe in.”

Baker drew on his background working at an innovation agency to come up with a unique packaging concept for Mr Black, which ended up winning the brand first place in the spirits category of The Dieline Awards in 2014.

The black liquid masks the intricate bottle design until it is emptied, to reveal a black illustrated owl.

“It kind of started as just a little thing on the side, and there’s not a lot of money in the Australian craft spirits industry, so for a long time it was really sort of a background hobby business,” Baker explains.

“We got a few little events here and there then we went to Top Shelf, the booze show in Melbourne. After that, Dan Murphy’s called us up and we’ve just kind of been full steam ahead since then.” 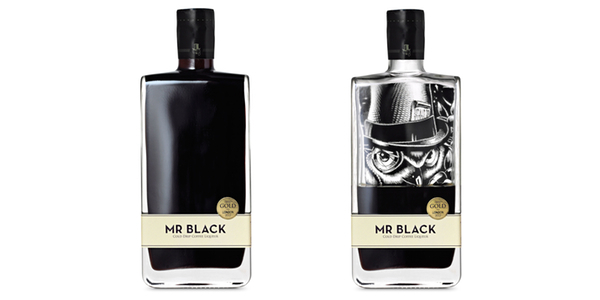 The team at cocktail bar Lily Blacks had been collecting an eclectic mix of different bitters, so it was about time that they started making their own.

“We actually have the biggest range of bitters in the world on our bar. People started asking us why we weren’t making our own, and it wasn’t just customers, it was other people in the spirits business,” bar manager Benny McKew recalls.

“What started off as a little bit of fun turned into a proper business. It’s been growing very nicely for us,” McKew says.

Following its slightly unexpected success in Australia, Mr Bitters has just launched in the US and is looking to expand further.

McKew explains that people have started getting more interested in experimenting with different bitters flavours in recent years.

“It’s one of those things that most of the classic cocktails involve bitters in some way or another, and bartenders generally pride themselves on the classic cocktails. For a very long time you could only get maybe two or three brands, but in the last five or ten years its just exploded as a category.”

The team is currently looking into developing a range of ‘Australiana’ flavours. 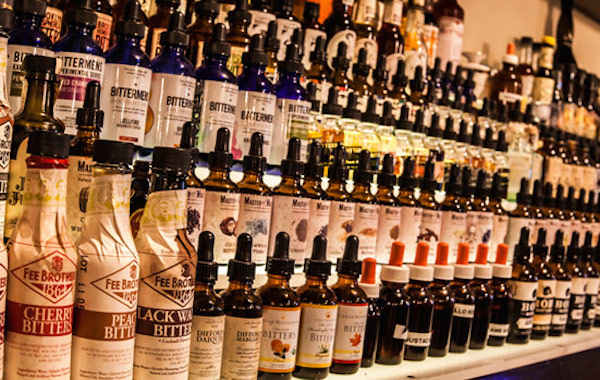 Sebastian Costello decided to open a cocktail bar solely dedicated to Australian-made ingredients, on the back of the local products trend.

He had travelled around the world to famous spirit-making locations – Scotland, Cognac, France, Bourbon, USA and Tequila, Mexico – sampling the local products and soaking up the culture and considering business ideas.

So he opened an Australian bar. Bad Frankie stocks about 150 Australian spirits, including vodka, gin, whisky, rum and a range of liqueurs, as well as serving Aussie jaffles. The team has become obsessed with collecting most of the locally-made spirits, taking pride in being the only bar to have them all in the one place.

“I’ve been to probably 80% of the distilleries and I love it because you can talk to the actual person who’s invented it. I got sick of reading the back of labels in French and having no idea… with these guys, I can talk about it personally,” Costello says.

He praises the local producers for their dedication to quality.

“They’re all quite small and very hands-on. The person who’s making them has put their names to it so there’s no people making sub-par stuff.”

Other articles in this series: Part One is all about the growth of the trend, Part Two (this one) tells some key players’ stories, Part Three looks at boutiques’ distribution and promotion strategies, and Part Four juggles the supply and demand issues that come when boutiques find fame.