Transparency and ethics in beauty marketing – should influencers disclose filters?

Transparency and ethics in beauty marketing – should influencers disclose filters? 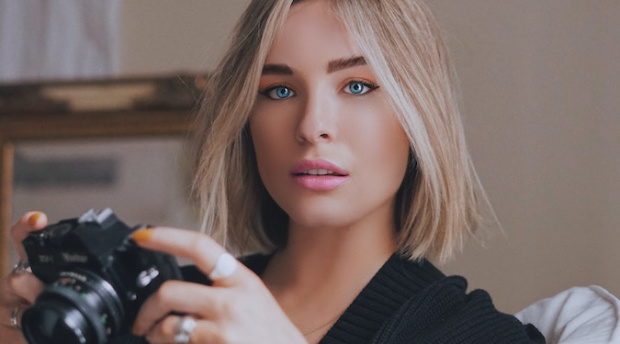 As the public and regulators demand more transparency from influencers, there is debate around whether the use of filters is misleading. Aaron Brooks believes there is still a place for filters in social media, however, influencers need to be transparent with when and where they are using them.

There is a growing demand for transparency in influencer marketing. Industry regulators have issued stricter rules when it comes to disclosing collaborations, and Instagram has introduced a ‘paid partnership’ tag to standardise the practice on their platform.

While some feared this disclosure would limit influencers’ impact, regulation hasn’t interrupted the sector’s incredible growth. Far from it, it has created a safer, more trustworthy ecosystem for consumers.

Now, this trend for disclosure has extended to filters. Norway has become the first country to pass laws on influencers’ use of them to modify their appearance. While some are once again concerned that this will disrupt a successful industry, many have welcomed the move.

Why require disclosure about filters?

Just like a physical filter on a camera, social media filters distort, recolour and otherwise change images. Early trends in filters involved making images look more ‘vintage’, but as smartphone processing power has increased, today’s ‘filters’ can radically change a person’s appearance. From making people look slimmer to adding virtual makeup, filters make it easier than ever for people to present themselves in ways that blur the lines between reality and digital perfection.

Norway’s efforts to regulate filters are intended to provide context and push back against the unrealistic beauty standards placed on young people – especially girls. The law passed by 72 to 15, so now content creators, influencers and advertisers must disclose when they have retouched or added a filter to a photo.

On platforms like Instagram, beauty influencers post images of themselves that showcase both their natural appearance and their makeup abilities, fashion sense and other skills. However, if these influencers set unrealistic, unattainable beauty standards, they are doing harm to their followers.

Part of the appeal of a beauty influencer is aspirational. Followers believe that if they adhere to their routines, learn the right techniques and emulate an influencer’s style, they can achieve a similar boost to their appearance. But when influencers change their faces and bodies – especially in ways that can’t be achieved in real life short of surgery – they are setting expectations that their followers can never hope to meet.

Users may also use these apps to create a more beautiful version of themselves, which can affect self-confidence. Instagram has had an impact on the way we look, in fact, a recent survey showed that 55 percent of people seeking cosmetic surgery asked for work that would make them look better in selfies.

On a large scale, consuming airbrushed media that presents perfection will leave followers feeling worse about their own imperfections. Norway’s law is a positive development as it encourages a clearer breakdown of what is real and what isn’t.

The Norwegian law coincides with a growing demand for reality in social media. A survey conducted by CNBC found that 67 percent of people agree that “being true to their values and beliefs makes a person cool”. Influencer Sasha Pallaris, for instance, has made the hashtag #filterdrop a central part of her feed and argued that it should be compulsory for influencers to disclose the use of beauty filters when promoting skincare or cosmetics.

Influencers like Olivia Neill and Emma Chamberlain are also joining the trend by posting real, unfiltered content that isn’t ‘Instagram perfect’. Other influencers have created ‘finstas’ in response to this growing trend – an account in which they post real life and candid images, without filter or pretence.

For example, Australian influencer Jadé Tunchy has both a highly polished account and a finsta account called therealjadetunchy which she uses to show situations where things have not gone as perfectly as they may seem on the main account.

Attention to a growing industry

As influencer marketing and Instagram have become a significant part of advertising budgets, it’s no surprise that regulators have started paying attention. Just as adverts on TV and other media face consumer-protection regulations, it seems only right to have similar rules for influencer marketing.

A spokesperson for the UK’s Advertising Standards Authority has said “filters must not exaggerate the efficacy of a product, and we advise influencers and advertisers to avoid applying filters which are directly relevant to the product being advertised.” This falls short of Norway’s rules, and leaves influencers with no penalty for using tools like TikTok’s beauty filter, for example, to improve the complexion of their skin when advertising.

Filters are a part of the fun of using social media and nobody is insisting that people need to share their every imperfection on their personal account. However, given the unparalleled popularity of social media among young people and a generation that struggles more with self-image than any before them, it’s important to take common-sense steps like disclosing the use of filters.

Aaron Brooks is the co-founder at Vamp.

Photo by The BlackRabbit on Unsplash.