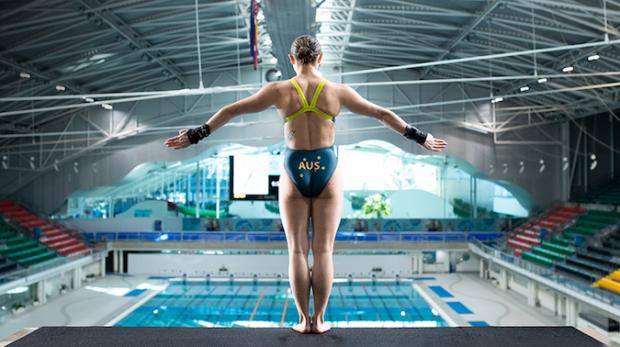 The Olympics is a time of unity, excitement and inspiration. Tamara Oppen writes about why GoDaddy Australia decided to partner with the Australian Olympic Team and the benefits of sponsorship for brands.

Whether it’s the image of Cathy Freeman draped in the Aboriginal and Australian flags, Ian Thorpe celebrating yet another medal or the millions of Aussies screaming their heroes on, few events bring the world together more than the Olympics. It’s a global celebration of competition, camaraderie and diversity that provokes a sense of unity and achievement for billions of people globally.

Most of us can remember where we were, what we saw and how we felt when we think of an iconic Olympic moment. Just as sport has the power to inspire and capture attention, if executed well, so too can sponsorship of these events. The Olympics encapsulates themes like inspiration and dedication, which is why GoDaddy Australia decided to partner with the Australian Olympic Team for the Tokyo 2020 Games.

There is great opportunity to raise brand awareness through a partnership and association with prestigious sporting events. The Olympic Games is a truly global celebration, watched by an audience of over three billion people.

However, being involved in such an event must be tied closely to the values of a company, and not motivated simply by a desire to reach a broad audience. The rationale, the call to action and the platform are essential.

As a brand, being involved in an event that evokes such positive, empowering feelings is important, but brand partnerships are more powerful if they feel relatable, not commercial. It’s essential to demonstrate a clear alignment between brands, and their purpose and values. To achieve this, it’s important to identify two things. First, a link between the two brands. And second an inspiring ambassador; someone who personifies a brand and its goals. For us, that person needed to demonstrate the importance of dreams and bridge the gap between small business owners and athletes.

What might come as a surprise to many is that athletes and entrepreneurs share many common traits. Both require a leap of faith and the dedication, drive and resiliency to make it happen. Even fewer people will realise that most athletes are actually self-employed and running small businesses or side hustles to support their Olympic dream. The Australian Olympic Team competing in Tokyo includes small business owners across diverse fields from property and physiotherapy, to retail and craftspeople like bakers.

Supporting everyday entrepreneurs is what drives us as a company and partnering with The Australian Olympic Team provides a prominent platform to demonstrate that.

Our ambassador Melissa Wu is an inspiring, relatable example of what can be achieved in the pursuit of a passion. Her story resonates with Aussies and our love of spirit, fight and determination. An Olympic diver, Melissa burst onto the scene at the Beijing 2008 Games, winning silver in the synchronised 10m platform. In the process, she captured the hearts of many Australians watching that day. Tokyo 2020 will be her fourth Olympic Games.

Alongside her sporting achievements, Melissa is a talented, successful entrepreneur, running three small businesses. When identifying a brand ambassador, it was important for GoDaddy that the person was passionate, authentic and relatable, and could speak from experience, as both an athlete and as an entrepreneur.

Small business ownership has provided Melissa the flexibility, financial security and autonomy, while at the same time allowing her to follow her Olympic dreams and begin to create a life after diving. Most important is Melissa’s genuine nature; her ability to speak authentically from experience and encourage other aspiring entrepreneurs.

According to GoDaddy research one quarter (24 percent) of Australians have a dream to start their own business or side hustle, but haven’t yet done so. Of those, over half (53 percent) actively think about it at least once a week, but a lack of money (52 percent), confidence (41 percent) or expertise (37 percent) are holding them back. Through having an ambassador like Melissa, we hope she can inspire other Australians to overcome hurdles to pursue their passions.

The benefits of sponsorship are not just connecting with the audience. They can be felt internally, too. Research from a British University revealed that sponsorship of sporting events can have profound effects on an organisation’s workforce. Individuals who worked for a company that sponsored a major sporting event felt proud to be employed by the organisation, therefore boosting their self-esteem and motivation. Having seen colleagues from across the global GoDaddy team feeling an immense sense of pride in being associated with Team Australia at the Tokyo Olympics, it’s great to see this firsthand.

By demonstrating an inherent link between GoDaddy, Team Australia and entrepreneurs, we hope to connect with an Australian audience that dreams big and works hard. So when The Tokyo 2020 Games are over and people reminisce about a fantastic global sporting celebration or decide to pursue their own dreams, they might just think of the brands and ambassadors that inspired them.

Tamara Oppen is the managing director at GoDaddy Australia.