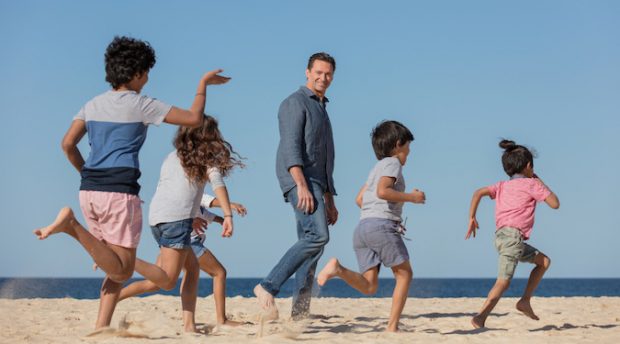 Qantas has launched its latest TVC celebrating Australian diversity while a petition builds calling for the airline to cut ties with Sky News following a controversial interview.

The 60 second spot opens with a monologue from Hugh Jackman on the importance of diversity and the Australian spirit, as he strolls along Sydney’s Maroubra Beach. Qantas says the TVC is part of the airline’s “longstanding support for equality and inclusion.”“We carry over 50 million people a year from all walks of life,” says Qantas group executive, Vanessa Hudson. “We have over 30,000 people working at Qantas who represent a cross section of the community. We don’t all think, look or act the same and that’s a huge asset.”

The episode airing over Qantas lounges across the nation sparked rage online, spurring a petition calling for the airline to “cease its commercial relationship with Sky News and choose either a news organisation with a belief in the tradition of fairness and balance, or just play cartoons or something instead.”

The petition, filed by Sleeping Giants Oz on change.org, has over 36,000 signatures at press time.

In 2015 Blair Cottrell staged a gruesome fake beheading in Bendigo to protest the building of a mosque, and more recently has become known for calling on all Australian schools to display portrait of Adolf Hitler. Sky News has since removed the interview from distribution.

I am flying with other airlines till you remove sky news. This message rings fake. The majority of sky advertises have removed their advertising, Qantas can have a morale compass as well.

equality in Australia,” says director of the spot Josh Whiteman.

“Their extensive partnerships with some of Australia’s most influential and successful brands and personalities was an incredible opportunity to bring equality, inclusion and diversity to the fore, not just in business but across the whole community.”

BY ON 20 August 2018
Josh Loh is assistant editor at MarketingMag.com.au