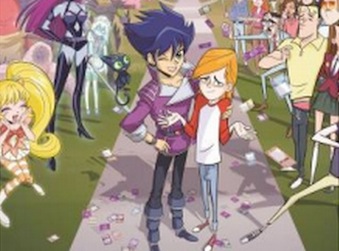 The US network behind Adventure Time and The Amazing World of Gumball is on the hunt for Australian talent, and there are already two Australian-made shows that have been picked up for international distribution.

Cartoon Network representatives are currently touring Melbourne and Sydney for the best creative studios, writers and artists to commission.

In 2012, Cartoon Network debuted an Australian-made series, Exchange Student Zero, as a TV special. The concept will now be expanded into a series for global distribution, premiering in Australia on Foxtel in 2015.

“While Australian kids laugh at exactly the same jokes in shows like Adventure Time as Americans, we are really looking forward to introducing the world to a taste of what Australia can offer,” said Curtis Lelash, vice president of comedy animation at Cartoon Network.

The show is a joint production between Melbourne-based studio Bogan Entertainment Solutions and Cartoon Network, with an all-Australian animation team.

Another of Bogan’s concepts, Monster Beach, is getting a TV special later this year, a first step on the way to a possible future series.