10% of manufacturing and wholesale businesses have transactional websites: ecommerce study

10% of manufacturing and wholesale businesses have transactional websites: ecommerce study 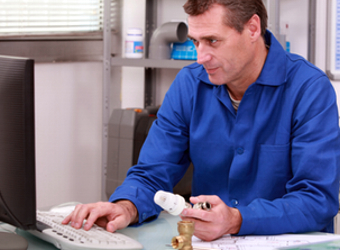 B2B ecommerce in Australia and New Zealand is lagging behind B2C and the rest of the world, according to a study released today by ecommerce software company Hybris, conducted in conjunction with Econsultancy.

The research report, ‘State of Ecommerce in Australia and New Zealand’, is being released at today’s first Game Plan B2B Ecommerce Forum in Sydney.

Less than half (47%) of B2B organisations surveyed plan to increase their investment in ecommerce technology in the next 12 months, compared to around two-thirds of organisations that focus solely on B2C.

Domestic B2C ecommerce sites in Australia and New Zealand are increasing at a significant rate, suggesting that a market which has historically been berated as slow to adopt is approaching “a new era of maturity,” the report says.

The report found that only 14% of companies agree that showrooming is a threat to retail in Australia.

“Showrooming sometimes enhances the in-store experience and there’s even been the identification of reverse-showrooming, where retailers can capitalise on shoppers researching initially online before heading to physical stores to make a purchase,” says Jake Hird, author of the report and strategy director for Santoku.

On the B2B side, according to research referenced in the report, only 10% of manufacturing and wholesale distribution businesses have transactional websites.

“We hear so much about B2C commerce but there is a huge opportunity for businesses to use ecommerce to get closer to their customers. This is the first report of its kind which shows there is so much potential for companies to use B2B commerce in Australia and New Zealand to increase competitiveness and improve the bottom line,” says Graham Jackson, senior vice president for Asia-Pacific and Japan at Hybris.

The report found that there is some resistance to ecommerce in the region, with 59% of company respondents and 54% of agency respondents saying that lack of budget and resources prevented them from growing their ecommerce business as fast as they would like.

About the study: The research conducted between February and March 2014 included nearly 200 respondents. Of these 61% were client side (brand, retailer, publisher etc.) and 39% supply side (agency, vendor, consultant). Overall 51% of those that took part are retailers and 11% of company respondents operate with annual turnovers of more than $1 billion. 87% of respondents were from Australia, 13% from New Zealand.