After the mud dries: how Splendour could have done its PR better

After the mud dries: how Splendour could have done its PR better

Flooded campgrounds, 12-hour queues and cancelled headliners. They’re the stories plaguing Splendour in the Grass across social media and in news about the festival held last weekend. Some have even called it Australia’s Fyre Festival, an insult of the highest order in this industry.

It’s another blow to the festival that was rescheduled four times over the last two years. The PR is seriously negative and it’s hard to see how Splendour can recover any time soon.

But Splendour attempted some damage control on Monday. Jessica Ducrou, co-CEO of Secret Sounds – the company that runs the festival – appeared live on Triple J’s Hack to address the issues with this year’s festival.

Key points in the interview

Despite accusations of poor planning, Ducrou said organisers received information quite late about weather conditions. She explained that they had insurance, so it wasn’t a financial decision to push ahead despite the weather. Rather, people were relying on the festival after two years of COVID cancellations.

Ducrou announced refunds for cancelled Friday tickets and pre-booked buses that took hours to arrive. The blame here fell on the bus company. Splendour had allegedly learned after the fact that the company cancelled half of the buses. Ducrou speculated that there may have been driver shortages, but admitted this was unconfirmed. Overbooking didn’t mitigate Splendour’s own staff no-shows either. “We’ve never gone through a pandemic before,” Ducrou said.

She also defended claims that Splendour increased crowd capacity by 15,000. According to Ducrou, it was only 7500.

“I’m not sure 7500 people is the reason that Splendour had such a tough show,” she said.

Finally, the interview addressed the future of the festival. Listeners heard Splendour would definitely be back next year and beyond. Ticket prices would likely go up as Splendour had worn any increased costs this year. Other than that, not much would change.

“I don’t see any massive changes to how we move forward, hopefully the weather will be better.”

All in all, Ducrou said the festival wasn’t as bad as it looked on social media.

“It’s easy to get caught up in what’s going on online… I may add most of [those] people weren’t at the show,” she said

After the interview, the negative comments continued to flood in on Hack’s Instagram.

“More worried about reputation. The irony,” read a comment from sbshirls.

“Own up. This is not OK – Australia’s music industry will thrive without festivals organised by this group,” user joshcala2 said. 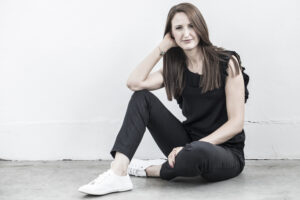 Phoebe Netto is the founder of Pure Public Relations.

A PR expert weighs in

“This interview would not have been easy to front up to, but in this instance, Splendour’s response missed the opportunity to repair. Instead, it made things worse,” says Netto.

“This interview added insult to injury. It was defensive and did not convey confidence in Ducrou’s ability to see Splendour be better organised in the future.

“A good apology considers the impact on the offended person. In this case, it’s the ticket holders who felt they had experienced something of an Aussie Fyre Festival. That means neither the apology nor any part of that interview should have mentioned the impact to Splendour’s reputation. The focus should have been entirely on festival goers and the resilience of the music industry.”

“Event planners know that you must have plans for multiple negative scenarios and changes in circumstances. The challenge with blaming weather conditions is that every Australian has access to a weather forecast. So Splendour is having a hard time convincing people that the adverse weather was a total surprise,” explains Netto.

“The organisers made a bad judgement call and then followed this up with insufficient problem-solving. Then, they sealed the deal by not taking responsibility and speaking as though they themselves were victims. All the while simultaneously giving the impression that they didn’t understand the gravity of the situation.”

What makes a good apology?

“By apologising, you are in a better position to take control of the situation. Consumers will be more likely to forgive an organisation if it speaks out, rather than remains silent.

“I teach my children that a true apology:

“To downplay the negative impact of their poor organising is to insult those who had a bad experience,” says Netto. “This response does more harm than good. It comes across as patronising and opens you up to a whole new level of criticism. It is literally a non-apology. ”

What can Splendour do next?

“The organisers have one more chance to get closer to recovery here.

“Silence right now though would be a bad idea (unless they are not equipped to say anything better than what they have already said!). If you are silent, people will fill that silence with negative implications, assumptions, previous comments or even inaccurate assertions.

“They should write a longer, more detailed statement that takes full responsibility and expresses genuine remorse.

“They also should address the perception they have given that they hadn’t properly planned to care for their attendees. The organisers should explain the measures they did have in place to plan for negative circumstances, and why they thought these would have been sufficient.

“If financially viable, they can review what more can be given in compensation. For example, cover some of the cost of the flooded accommodation that saw attendees sleeping in mud. No amount of PR can help limit the damage caused by someone who refuses to do the right thing. In fact, a good PR professional won’t even try.

“Finally, the statement needs to give confidence that they don’t see themselves as powerless victims, but rather they are taking bold steps to make the next event better and safer,” concludes Netto.

At the time of publishing, Splendour representatives had made no further comment about the past weekend’s events.

Tags:
Previous Article
Should your business be looking for opportunities in the metaverse?
Next Article
The ‘90s SMS craze is back