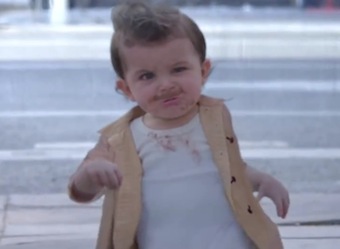 Over the next two years Australians are expected to spend over $11.3 billion on nappies, clothing, food, furniture, toys, footwear and childcare for their babies.

IBISWorld has released calculations of the cost of raising a child from birth to four years old, timed to coincide with baby-watch fever hitting its peak as the world awaits the arrival of the new royal baby.

The results estimate that a child in this age bracket will set you back $3037 annually – excluding childcare. Throw childcare into the mix and that cost rises to about $7098 per child annually.

“Close to 50% of children aged up to four years use day-care services,” she says.

“Formal childcare options are the most common for children aged 12 months to four years old, but the use of nannies has increased over the past decade due to the increased flexibility offered and the growing difficulty in securing a spot in formal childcare.”

Outside of childcare, IBISWorld highlighted clothing, food and nappies as the next biggest revenue earners from tots, while other merchandise and furniture round out the top five product expenditures.

“For the average Aussie parent, rising home-safety awareness has been the key spending driver in readying the nursery and home to welcome a new baby,” Dobie says.

“While total expenditure on baby products and services has increased by 14.5% over the past five years, the structure of this has changed – with products such as clothing, nappies and furniture declining in overall contribution,” she says. “This is largely attributed to high levels of imports from low-cost manufacturing nations, as well as the proliferation of cheaper online sales.”

The two biggest growth areas were food/nutrition, and specialised merchandise, with revenue in these markets expected to increase by 44.9% and 84.8%, respectively, over the past five years.

“When it comes to food, parents are becoming more conscious in ensuring their young ones consume optimal nutrition, driving a surge in premium baby food. Alongside this, mothers are breastfeeding for shorter periods due to their busy schedules and lifestyle pressures – such as returning to work shortly after birth. This is driving sales in alternatives, including organic infant formula, milk-free and gluten-free ranges,” Dobie says.

Tags:
Previous Article
The future of social selling: predictions from the experts
Next Article
Beyond the basics of marketing automation