The second phase of Lion’s ‘Beer the Beautiful Truth’ category campaign launched this month with a campaign to bust popular myths about Australia’s most popular alcoholic beverage.

The campaign, focusing on two key messages – that most of Lion’s beers are preservative free and 99.9% sugar free – is supported by radio, digital, social media and PR. The first phase of the campaign began in August and saw Lion include nutrition information panels (NIPs) on all beer labels.

Marketing spoke with Ben Slocombe, marketing director – category and planning for Lion, to find out about the thinking behind the campaign as well as the methods and progress.

Marketing: It seems that some years ago people were not concerned about sugar and preservative in their beers, but are now are quite vocal about it. What part did the growth in craft beers and microbreweries play in creating the belief that mass produced beers contain sugar and preservatives? 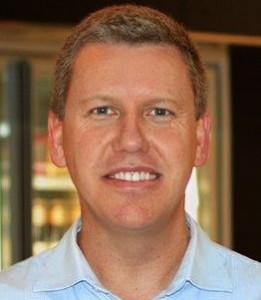 Ben Slocombe: I wouldn’t lean directly towards craft or microbreweries for instigating that trend. The reality is that myths about beer have been around for a long time. I think it’s a broader societal trend that’s driving this, so we know there is definitely a macro-trend around consumers really demanding from their brands realness, transparency and – an overused word in marketing – authenticity.

We know they are looking for knowledge on two facets, sugar and preservatives, that seem to have popped through in the Australian society. We did some research and it showed that 73% of Australians felt nutrition information should appear on alcohol packaging. 71% said that would help them make better informed choices about alcohol consumption.

So it’s not necessarily craft beer or microbreweries, it’s a broader macro-trend that’s shaping this. With more information around nutrition, people can then be the judge about what’s in their beer and make a better informed choice about what they choose to drink.

M: Was the decision to include the NIPs on products a difficult one to make?

BS: No, not at all. It was not a difficult marketing decision, for the reasons I’ve just spoken about, about macro consumer trends around realness and transparency. It has taken quite a bit of organisational effort to get to where we are.

It’s taken us a good couple of years to work out all of the brewery reporting and analyse our beers and have them stringently and independently tested so that we can then put onto our labels and in our advertising the facts about what is in their beer so that people can make a more informed choice.

It was a marketing no-brainer, but quite a lot of work for our breweries.

M: You’ve included information about the sugar and preservatives showing that there is basically zero, but was there any concern that information such as calories, cholesterol and fat information might deter consumers?

BS: I don’t think so, it’s all about being transparent with consumers. There are a lot of myths that surround beer. We think just putting the facts out on the table and busting these myths are what people are asking for from their trusted brands. Putting the information out there for them to examine, and for them to make a more informed choice is what this program’s all about.

M: How have beer drinking trends changed in recent years?

BS: What you see in beer is what you’re seeing in many other categories. Beer isn’t immune to these sorts of trends. Consumers are wanting more choice, we know that the number of beer brands that are available on shelf have grown exponentially. People now want to know what is in their beer. People are more aware of what they are putting into their body.

Within the alcohol space and within general diet consideration. In particular with beer we’ve seen a really positive strong trend to people more enjoying beer paired with food. That’s certainly come on in the last few years. People are becoming more aware of the different styles and different flavours within beer and that trend is being played out in craft beer. People are exploring the many variable flavours that go into what is in beer.

M: Would you say that health conscious and flavour-explorative drinkers make up a large part of the beer drinking market?

BS: If you look at modern conscious drinkers, you’ve got a phenomenon now where close to one in four beers drunk in Australia are either a light beer – a low alcohol beer – or a mid-strength beer. One in four is what I would describe as very significant, and we’re probably seeing the theme of positive moderation playing out.

People are actively choosing lower alcohol drinks to better fit with their lifestyle needs and better achieve the balance that they’re looking for in their life. You’re still seeing quite a significant volume that’s being drunk through low-carb beers, and to your point, we’re also seeing some growth in contemporary flavoured beers.

Definitely younger adult Australian drinkers are exploring flavours, and you’re then seeing at the other end of the spectrum, more flavoursome beers played out through the craft space. So more hoppy flavours, or bolder malty flavours of craft beer. It’s an exciting time for the beer market.

M: It’s a few months into the ‘Beer the Beautiful Truth’ campaign. Would you say it’s been successful in targeting these new demands in the beer market?

BS: It’s a program that obviously took a lot of effort and we’re really pleased at where it’s got to so far. Phase one we launched nutritional information panels on all our packaging that complies thus far, which covered about 70% of Lion’s volume. We got a lot of positive feedback from that initiative.

We’ve just launched with phase two now which is a large scale advertising campaign, and so far it’s all been positive because when we ask people what they look for in beer, seven out of 10 Australians are telling us that they’d like to know more about what is in the beer that they drink. We’re supplying the facts and putting them out on the table of the things that people are most interested in beer.

So it’s a good story so far, and one that we’re really excited to build onto the future and continue this conversation.

M: How have new online advertising and shopping trends, as well as social media use and mass smartphone connectivity changed the way people choose and enjoy beer?

BS: It’s an exciting time to be in marketing with the advent of the digital age. We’re seeing a few things here. The first one being transparency, so all of the power, all of the knowledge is in the consumer’s hand, or in their back pocket in their smart phone. That’s lending the ability for consumers to find out about their brands on the spot with one or two clicks.

It also is exciting because we’re seeing that the advocacy and the consumer power that can be created. For example, someone loves the new beer that they’ve just tried, and they can let their friends know about that through social media. That’s a powerful marketing vehicle for us. It’s enabling people to also research the beers that they have in front of them, or research the brands that they’re thinking about buying. So it’s lending itself to the power shifting to consumers in a good way.

M: Are there any challenges that this type of climate in the market presents?

BS: There’s no doubt that it’s a dynamic space and it is exciting, and on the other hand it’s also sometimes difficult to keep up with it all. We’ve got to stay relevant and continue to meet the needs of our consumers. Being agile in this space is quite difficult when you’ve got technology dictating a lot of the trends and a lot of the ways consumers are interacting with things.

I think you’re seeing quite a lot of our beer brands and all of our category programs such as ‘Beer the Beautiful Truth’ having a very strong presence on social media. It’s gone beyond just a digital adjunct program, these digital programs are now core to how we’re communicating with consumers, so it’s become a fundamentally powerful and primary channel for us.

M: How do you see drinking trends evolving in the future, and how do you at Lion intend to target them?

BS: ‘Beer the Beautiful Truth’ is not a short term thing, it’s not just ‘let’s put out an advertising campaign for the summer and we’re done.’ We know that there are a lot of myths that we need to bust about what is in the beers, so it’s going to take some time to overcome some of those consumer legacy thoughts and feelings they have about beer.

It’s a long-term conversation that we’re going to be having, educating Australian adults on what’s in beer, and there’ll be many chapters to our ‘Beer the Beautiful Truth’ story yet to come. We feel very excited about that and we think it’s a powerful conversation that Australians want to engage with us around beer. Beneath that, we know that the Australian palate is changing, the ways Australians socialise are changing how Australians are demanding different things from their brands. 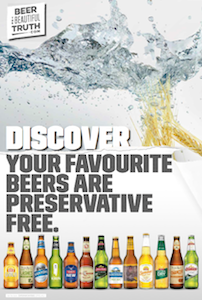 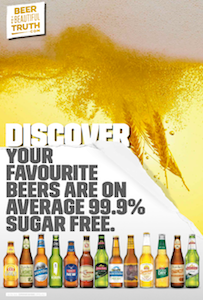