Behind the Smokescreen: music, marketing and addressing high-risk behaviour

Behind the Smokescreen: music, marketing and addressing high-risk behaviour 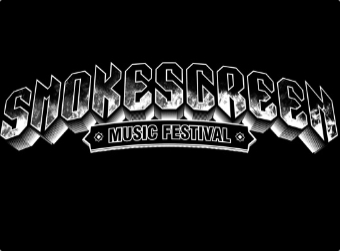 Music has a long history of involvement in issues of social and political change, from the folk renaissance in the Vietnam-war era to more recent hip-hop activism. Interestingly, high-risk behaviour has not been a message that gets equal airtime – rock’n’roll even maintaining an aura of much the opposite.

Carl Gardiner, who heads the marketing arm of independent Australian record label Mushroom, plays the intermediary between brands and artists. While music and the artists that make it have often taken an anti-establishment route, whether out of genuine passion or for the brand it builds, Gardiner recently took on the task of doing the opposite: make music a vehicle for a message of positive change in health.

Marketing sat down with Gardiner to discuss a campaign that played on the engagement of fans with music and music festivals. The campaign involved the invention of a new music festival, Smokescreen. It was promoted as such, with the goal, as with any festival, being to generate as much buzz as possible leading up to the day tickets go on sale. Except, it wasn’t real. The festival was a hoax. It was, in fact, an anti-smoking campaign for the Australian National Preventative Health Agency (ANPHA).

A look at the line-up with hindsight gives it away. Artists with names like The Coughin’ Nails and M4-CEMA were billed to headline. Promotor Michael ‘Mike’ Michaels claimed the festival would have “all the killer acts you’ve been dying to see, that will take your breath away.”

So how did it ANPHA and Mushroom pull it off?

Gardiner explains that the campaign began with the convergence of two different ideas.  “I’d had the idea for a while that a lot of the iconography and the way the music industry goes about creating the excitement early on and promoting music festivals could potentially be applied in other areas – but it would need to be the right area, the right issue.”

That idea was to fully embrace all the trimmings and pre-sale promotional activities typical of a major music festival.

The second ingredient was Mushroom’s relationship with ANPHA, and the Agency’s plans for an anti-smoking campaign. Having that relationship was crucial, Gardiner says, to overcome concerns about the risks involved in such an endeavour.

“An idea like Smokescreen, I realised, would probably scare a lot of clients off, rather than have them wanting to be involved. I find it interesting, and it’s understandable, but the very thing that attracts a lot of clients to want to work with the music industry also scares them a bit: we’re the crazy guys from rock’n’roll.”

Once they had the green light, it was a matter of putting all the elements together.

“It was a matter of really looking at how we could probably get the public’s attention on a subject that we know they’re already well-informed about. It’s not like we were out to go, ‘Hey, do you know smoking is bad for you?’ Most people, certainly in Australia, know that.

“At the same time, when you look at the figures, around 15,000 people a year continue to die from smoking related illnesses. So you figure that whatever we’re doing, there’s still a fair section of the community that it would be good to maybe further remind them, but in a different way.”

Gardiner explains the process: “We really just looked at the channels we normally use, and in this campaign used the bulk of them. We didn’t have the sort of budget to use, for example, free-to-air TV, which obviously you do with certain tours, but in pretty much all the other areas we did have the budget.

“What we did first off was play a bit of a hoax. We fed enough information into the marketplace, all pretty much based around rumour and innuendo of the most dangerous music festival on Earth coming, and we created some characters and created enough of the raw materials so that the music industry community got a bit of a sense that Smokescreen was coming.”

They weren’t sure what it was, but they got a sense that it was a big music festival, and it started to get people’s attention.

The most risky part of the exercise was the reveal.

“We had a deliberate strategy to then reveal what this really was,” says Gardiner, “but the way we revealed it was once we actually added some specific information about this alleged Smokescreen music festival, people started to realise when you saw that the names of all the bands that were performing were actually the names of diseases.

“We decided to make the reveal on World Health Day, and it gave us another strong connection back to the real element of this, and then similarly, last Friday being World No Tobacco Day, we did quite a bit of extra media engagement.”

Any concert promoter, in an ideal scenario, wants so much excitement on the day tickets go on sale that they sell out. The people behind Smokescreen aimed to create that degree of excitement, but at the same time knew that by doing so, with some people convinced it was real, there would be a few disappointed people out there.

“We don’t shy away from that,” says Gardiner, “That wasn’t our primary intention, but we understood that if people were going to really get excited about this and pay attention, that some could potentially take it as being really serious.

“I think if you looked closely at everything that we put out with hindsight [you would realise it wasn’t real].

“We’re fortunate that, in the language of the music industry that we work in, there are a lot of different ways we communicate with people, not the least of which are songs themselves.”

One was very much over the top: The Couhgin’ Nails. Billed as ‘super glam rock,’ it was homage of sorts to Spinal Tap, though not quite as subtle. Gardiner points out the music industry has a habit of taking itself too seriously at times. “I think there are ways you can have fun and still get across really serious messages,” he says.

As a counterpoint to that was M4-CEMA. “We thought hip-hop was a really powerful alternative medium, particularly with the younger market now,” Gardiner explains. “I would call the M4-CEMA track a bit more serious. Both are addressing the same issue in different ways.”

Gardiner credits the successful execution of Smokescreen to a mixture of good management and good luck. And he admits, as with any endeavour where luck is a factor, there were risks, primarily with the level of emotional engagement audiences typically experience with music. “With the relationship between music fans and music, they take ownership of it, and we want them to.

“I think to tap into the nature of those relationships around a music festival, get quite a bit of buy in and then say, ‘Actually, it’s not a music festival, it’s a way to remind you that smoking is not very good for you.’ [The risk was] getting that balance wrong.”

A minority did take offence. “I don’t shy away from that, because I think there’s a much bigger picture here. People would, understandably, question the creative approach we took – and that’s their right. But I’d like to think most people would agree our underlying motives are positive, because we’re out to just try and make sure that less people die from smoking related illnesses.”

When targeting high-risk behaviour, the graphic, hard-hitting approach, perhaps best illustrated by Victoria’s Transport Accident Commission, is one, but not the only one, says Gardiner.

The response has been positive, on the whole, with media coverage and conversations provoked, both pre- and post-reveal. But with an issue such as smoking, change comes slowly, and every victory is hard-fought.