Feral marketing: the concept of rewilding applied to human engagement

Feral marketing: the concept of rewilding applied to human engagement 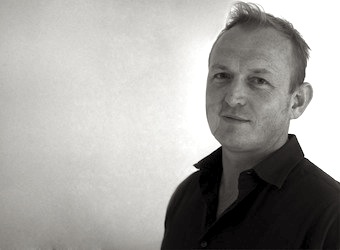 Inspired by the concept of ‘rewilding’, in which the introduction of a species has a positive rebalancing effect on an ecosystem, Duncan Wakes-Miller writes that new technology and data provide an opportunity for creating new ways of living based around old ways of engaging.

I’ve always been rather naively looking for an economic solution to how we can make change and solve the environmental questions facing the planet. Maybe I’ve been looking in the wrong place.

There’s an emerging movement in the environmental world that proposes a new way of living based around an old way of engaging with nature. The concept of ‘rewilding’ is, in its simplest form, the restoration of a piece of land or habitat to its natural state with the purpose to defend our natural world.

An example is the reintroduction of wolves into Yellow Stone Park in America in 1995. Grey wolves were reintroduced back into the park after the last wolf was killed in 1926. The wolves were introduced in part to arrest the population of deer that threatened to overrun the park. The effect on the environment after their reintroduction was both immediate and significant. The deer that had previously roamed freely everywhere and almost decimated much of the ecosystem retreated from the river valleys to the cover of the wooded hills to escape the new predators. This resulted in regrowth of vegetation and saplings around the riverbanks.

Among other things, this in turn became a catalyst for the revival of beaver populations who fed off the new vegetation and created dams in the rivers. The beaver dams created pools in the rivers and fish thrived, as did a more diverse insect population. A host of bird species not seen for years returned to feast on the abundant food now available. The Yellow Stone ecosystem was restored with healthful balance. The wolves had inadvertently become ecosystem engineers.

I was enchanted by the concept of rewilding when I read a book called Feral by the acclaimed environmental journalist George Monbiot, his TED talk is also inspiring (watch it at the end of this article). In Feral he takes the reader on a journey with anecdotes from his life and meticulously researched revelations about mankind’s callous misappropriation of our environment. He describes rewilding as a simple practical step that we could make to rejuvenate our ecosystem. According to Monbiot, rewilding, “should involve reintroducing missing animals and plants, taking down the fences, blocking the drainage ditches, culling a few particularly invasive exotic species but otherwise standing back. It’s about abandoning the Biblical doctrine of dominion which has governed our relationship with the natural world.”

He illustrates the case for rewilding the planet with compelling historical evidence and describes how on numerous occasions adding or reintroducing the predator at the top of a food chain can have an effect called a trophic cascade. In a trophic cascade the predators suppress the abundance of their prey, thereby releasing the next lower trophic level from predation in a natural act of rebalancing.

He exposes how man has damaged, suppressed and controlled the natural environment. His examples reveal how some conventional thinking on the environment, whilst well intended, is indeed dangerously ineffective. Among other revelations, according to Michael Hobbs in the Sydney Morning Herald, he, “fearlessly exposes the financial absurdities of our current use of farmland”.

Monbiot also introduces the concept of rewilding human life and the possibilities the impact of the reintroduction of missing species could have on man. His point of view gave me renewed hope and a vision for how we can love and defend the natural world. We have to stop acting like a bunch of tourists on this Earth.

Rewilding stirred up a multitude of questions in my mind about future possibilities and how the concept can add perspective in other areas.

Conceivably, it could be said that new technology and data available to us today provides an opportunity for creating new ways of living based around an old way of engaging? Social media and enterprise social networks, for example, provide new ways for individuals or organisations to function and communicate cohesively and prosper without limited suppression of information. Cloud computing and virtualisation is revolutionising our data processing power but the human engagement that advancements such as these support remains fundamentally the same.

The technology revolution impacting humans is in some ways similar to the effect of a trophic cascade. It is enabling a rebalancing of the natural order of things through disruption of our conventional ways of engaging and communicating. Technology is releasing the capabilities of individuals and communities to impact positive and negative outcomes for the world.

Like the wolves, which helped to reshape the ecosystem in Yellow Stone, technology is reshaping our ecosystem. Humans, through the adaption of technology, are and have always been the engineers of our own future and there is nothing new in that. In a sense the survival of the smartest has always been our next evolutionary horizon. I just hope that we can somehow join the dots between the economic and environmentally effective solution that rewilding appears to present and harnessing technology to shape our ecosystem for a better world.

Duncan Wakes-Miller is chief marketing officer of Duncan Wakes-Miller Consultancy, a specialist marketing consultancy helping clients achieve distinctive, lasting, and substantial performance improvement. A pioneer of marketing strategy and digital innovation, Duncan has successfully managed some of Australia’s iconic brands through transformational change. His experience includes senior marketing and sales strategy roles at Dell Computer, Monster.com, 3 Mobile and the Australian Rugby Union and most recently as managing partner of one of Australia’s most progressive strategy and creative agencies.