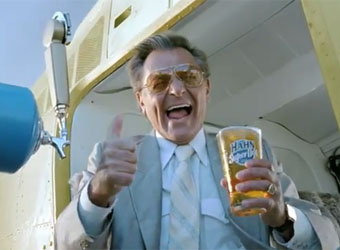 Publicis Mojo Sydney for Hahn Super Dry and DDB Sydney for Soma Films won Lions in the Film category over the weekend at the Cannes International Festival of Creativity, picking up a gold and a silver respectively.

‘Super in, super out’, an ad which shows Super Dry being made by caricatures of people and objects deemed ‘super’, claimed the only Aussie gold from 92 entries. DDB Sydney took silver for its spot for the Volkswagen Tiguan – ‘Cross Country’ – where a couple on a camping trip check into a hotel without their camping mates knowing thanks to the car.

One of the favourites for a prize, Monkeys ECD’s ‘The Ship Song Project’ for the Sydney Opera House didn’t make the Film Lions shortlist.