How to spot culture terrorists

How to spot culture terrorists 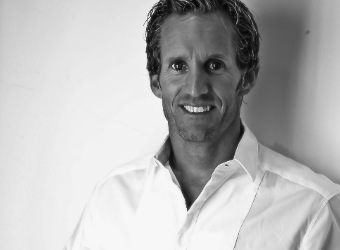 The word ‘terrorism’ is used more these days than ever before. It comes from the Latin verb terrere, ‘to frighten’. We hear about it on the news weekly, if not daily, and much of our personal decision-making and in some ways our culture has been shaped by terrorist events. Less visible to the public is a kind of terrorism that goes on every minute inside organisations: ‘culture terrorism’. Frightening strategies and tactics that are designed to influence and persuade people.

Unlike traditional terrorism, cultural terrorism is rarely violent, and is never designed to cause physical harm. The damage it does relates more to organisational performance and employee motivation.

Until now, it has been almost impossible to identify an individual or a ‘cell’ within an organisation that is unhealthy, counter to the aspirational culture or toxic. Thanks to a new diagnostic tool, my dance card these days is full analysing employee populations for the true leaders, ‘real’ change agents… and true cultural terrorists.

The output of this information is incredibly valuable for all sorts of things, not least being internal branding and communication. So, instead of launching into the process and methodology, I thought I would describe the top three types of cultural terrorist that we find lurking in meeting rooms, by the photocopier or sometimes in the managing director’s chair.

If you’re not a car person, you may not know that Alfas were (maybe still are) notorious for looking terrific and having a great spec sheet (features and benefits), but breaking down… and often. There is a particular type of cultural terrorist that also shares this dynamic. You will know one. They are often very popular, spend a great deal of attention on their personal appearance, and are always quick with a smile and some convincing eye contact. When you ask them what they

have been doing, they will use all sorts of distractions to avoid answering the question. These types of cultural evil- doers are hard to find because they are too busy being promoted due to their well-honed ‘people skills’. They also cost organisations money, because when you look hard enough, they are doing nothing, sucking up resources and side-stepping responsibility in fear of people seeing through the shiny red paint, and into a gearbox with only one gear: neutral.

This unsavoury employee is something of a political master and also the most dangerous cultural terrorist of all. He or she usually has a well-supported network of people that work with them in driving a particular agenda. That agenda: covertly discrediting and disassembling other teams for their own benefit.

The Nixon wields their influence and opinion in a compelling and commanding manner, and their political skulduggery is often legendary… and successful. They are clever and self-centred. In some cases, they have psychopathic tendencies, harbouring little to no true compassion or emotional connection with others, despite their friendly demeanour.

The Nixon attracts supporters and disciples through the manipulation of logic and a ‘tribal’ sense of community.

Aligning with a Nixon is like joining the Mafia and, just like the Mafia, the Nixon must have a nemesis. Without one, they quickly turn on their own for sport. They cost organisations millions of dollars each year through deliberate non- alignment with strategy and very poor communication and collaboration. They also drive out people with a high level of integrity that refuse to sign up and/or ‘be made’.

Identified only as ‘Canada’, these cultural disasters are the nicest people you will ever meet. Hell, they are nice! Canada knows you more than you know them.

They know your birthday and the names of your children. Canada is a communication hub for personal stories, the office gossip and predictive political intelligence. They seem to know more than everyone else, and also seem to share information that appears confidential. Sounds great?

Sure does, and this is the issue. They can’t be trusted. When the Americans were busy using guns against bow and arrow wielding Native Americans, the Canadians were handing out blankets to them in winter so they could keep warm… oh, and also so they would catch smallpox and die.

That’s right, Canada is the ‘silent assassin’ Importantly, Canada has a very low dial up of remorse, and is expert at justifying and rationalising covert behavioural atrocities.

It is easy to know Canada when you see them because they’re your best friend; they’re sweethearts and give no indication that they can’t be trusted. Trust is the hallmark of a productive culture and, without it, performance suffers immeasurably.

These are just a few of the cultural terrorist types that roam our office buildings. You may be one of them. If indeed you are a cultural terrorist, know this: the employee engagement surveys of old provided you with a comprehensive veil of protection.

The new breed of employee insight tool will expose you and your nasty dysfunctions. Your best bet is to practise working with integrity. Do what you say, say what you do and believe in a greater collective good.