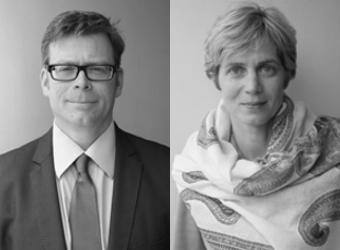 With Ikea preparing to open in India, Tom McNamara and Irena Descubes of the ESC Rennes School of Business discuss the Swedish furniture giant’s prospects on the subcontinent.

Walk miles through an enormous store surrounded by bizarre looking minimalist items. Spend hours looking for the thing you want with no help. Drag it to the checkout counter alone. Struggle to get it into your home. Try to assemble it with wordless instruction containing cartoon figures that mock you. Hundreds of millions of people do this every year.

It’s called shopping at Ikea. And for some reason, customers love it.

Ikea is the largest furniture retailer in the world. Its 360 stores, spread out over about 50 countries, generated nearly 28 billion euros in global sales in 2013. Europe makes up about 70% of Ikea’s sales (an estimated 10% of European homes have something in it that was purchased from Ikea), but the company has seen impressive returns from its North American, Chinese and Russian markets as well. Ever ambitious, Ikea announced that it wants to double sales by 2020. One way the company plans on doing this is by expanding ever deeper into emerging markets. One place in particular is India.

But the 1.5 billion euro question (the amount of money Ikea says it plans to invest in India) on everyone’s mind is: can Ikea successfully translate its service experience to the Asian subcontinent. Or more importantly, will Indian consumers be happy to do hours of unpaid work finding, transporting and assembling furniture like their Western counterparts?

A key component of Ikea’s ‘service experience’ is forcing shoppers to go through a tortuous safari-like maze every time they visit a store. When the company first came up with the ‘natural tour’ concept, the average store was 19,000 square metres. Today, it is more than twice that size, averaging 40,000 square metres. By passing through the various mock-ups and displays (known in the marketing world as a ‘servicescape’) customers are encouraged to interact with the items on offer, enabling them to imagine what they would look like in their own home. Ikea believes that it is this physical interaction with the items that makes their service experience all the more powerful.

Another key component of the experience is the free labour and transport that customers are required to provide. Interestingly, customers assembling their own furniture has given rise to a phenomenon known as the ‘Ikea effect’. That is, people seem to have a deep emotional attachment to the things that they buy at Ikea due to the fact that they are so personally invested in them. It is this co-creation of value that makes the service experience at Ikea so memorable, and the consumers’ relationship with the company, and brand, so strong.

But can Ikea’s success be duplicated in India? There are a few things that would lead us to say ‘yes’. The first would be the overall horrendous level of service presently found in India. A study by the consultancy Verint showed that 74% of Indians reported being satisfied with a service even when that service was terrible. This would have the advantage of setting the customer service bar pretty low for Ikea. Other factors in the company’s favour would be economic, social and cultural trends.

In spite of the global economic slump, India’s GDP is expected to have real annual growth of 6% over the next few years. At current rates, the country is expected to be one of the top five economies in the world by 2030, lifting many of its 1.2 billion citizens into the ‘middle class’. There are already an estimated 30 million Indians with disposable incomes of about US$30,000 a year. As these consumers become more sophisticated, globalised, and exposed to foreign brands, the attractiveness of this market should only increase for Ikea.

Signs of Western influences are everywhere in India, with shopping centres, large department stores and hyper-centres becoming more and more common. Trends such as increased urbanisation and higher disposable incomes, combined with the growing sophistication of consumers and their increased demand for foreign brands, all bode well for Ikea’s expansion plans.

The future of India, as far as foreign retailers are concerned, appears to be with her young people. Studies have shown that they are far more materialistic, and brand and status conscious, than previous generations. Luckily for Ikea, one study showed that younger consumers were more likely to visit large name brand outlets, and that those who remained in the store for at least two hours reported that shopping was something they considered to be ‘fun’.

The retail industry makes up approximately 10% of the Indian economy, providing jobs for about 8% of her population. The sector is expected to be worth US$ 675 billion by 2016. In 2012, the government lifted restrictions on Foreign Direct Investment (FDI), allowing outside companies to set up 100% wholly owned subsidiaries (previously, companies wanting to do business in India had to take a local partner). Ikea announced that it has plans to open stores in the Indian states of Karnataka and Telangana, and reportedly has the full support of the local governments, something extremely important in a country known for its red tape.

Ikea’s first store is expected to open sometime in 2016, and rumours have it that it will be located in the city of Hyderabad. The chances of success for Ikea look very good. But only time will tell if Indian consumers, like their Western counterparts, will be happy to perform free labour and wrestle with wordless instructions.

Tags:
Previous Article
Media Monday: budget cuts – ABC cuts 10% of jobs, SBS wants a more flexible advertising structure
Next Article
Video: 1-on-1 with Philip Kotler on compassion as the future of business and why the 4Ps are safe