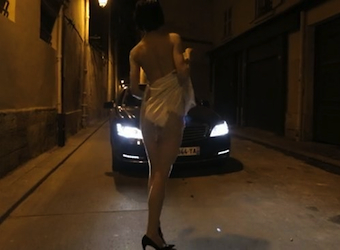 European fashion house Louis Vuitton has been accused of promoting prostitution after its models, including Cara Delevingne and Georgia Jagger, daughter of legendary Rolling Stones rocker Mick, stroll about the Paris streets.

“It is an extremely shocking representation of women,” says Dominique Attias, a leading lawyer who signed a letter in the left-wing daily Liberation.

Politicians, intellectuals and feminists have all attacked Louis Vuitton for using advertising to promote a form of prostitution chic, leaving US fashion mogul Marc Jacobs, the artistic director at Louis Vuitton to explain the motives.

An accusation that Louis Vuitton has “portrayed women’s bodies as an object and prostitution as something that is playful and enjoyable” has also been thrown by Attias.

“This is very damaging because we are trying to fight the idea, to which some young women in France subscribe, that prostitution is banal and just a way of getting money to buy clothes,” she says.

While Louis Vuitton state that they never authorised the video, with it instead being made for Love, the British fashion magazine edited by Katie Grand, a stylist and a consultant for Louis Vuitton, further spotlight has come on the brand after it was revealed that Jacobs stars as a pornography baron in the R-rated feature film Disconnect.

The letter in Liberation suggests that the fashion industry as a whole is seeking to make prostitution appear glamorous.

“What indecency, what ignorance, what indifference to play with the fantasy of chic pornography: the social condition of the immense majority of people who prostitute themselves is in no way enviable, and in no way happy,” it states.

Tags:
Previous Article
85% of mobile traffic to local business websites comes from Apple devices
Next Article
Making the consumer connection that Steve Jobs might have approved of