She previously launched the Australian operations of the masthead, and has been with the publisher for 18 years.

Viner is the first female editor-in-chief, and the first new editor for 20 years.

The Asia Pacific region was primarily responsible for driving global cinema box office sales to an all-time record of $36.4 billion in 2014, according to figures by the Motion Picture Association of America (MPAA).

Box office sales in China grew by 34% to $4.8 billion, making it the first market outside the US and Canada to top $4 billion in ticket sales.

The number of cinema screens grew 15% in the APAC region, far exceeding the worldwide average of 6%.

Mobile advertising grew 81% in 2014, according to insights by mobile ad network InMobi.

Key statistics from the InMobi Annual Mobile Insights Report include:

News Corp Australia has launched an opinion website for women, RendezView, which will consolidate daily opinion content from columnists across the company’s mastheads.

Readers can expect to see opinion content from Herald Sun, The Daily Telegraph, The Advertiser, The Courier-Mail, The Sunday Telegraph and NT News.

“RendezView offers a unique platform via which we can showcase the talents of a diverse range of women from across News Corp who are well known for insightful, lively and sometimes controversial views that trigger conversation.” 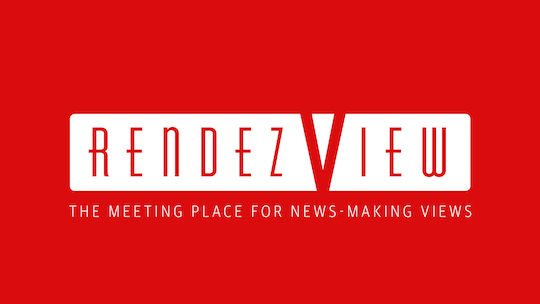 Afternoon newspaper mX has invested in a digital app to host its content all day and night.

The print paper in Sydney, Melbourne and Brisbane has also refreshed its image with a new logo and some changes to content.

The new mX app includes a Talk section that collects favourite sections Vent Your Spleen, Overheard, Here’s Looking at You and Lost in Love.

Publisher Tamara Oppen says: “At the moment you can SMS a message to the cutie on the train and it will be published in the next day’s paper; on the new app, readers can have their messages published almost instantly. I’m predicting a lot more relationships and some more mX weddings as a result!”

The app will also host news, sport and entertainment content. 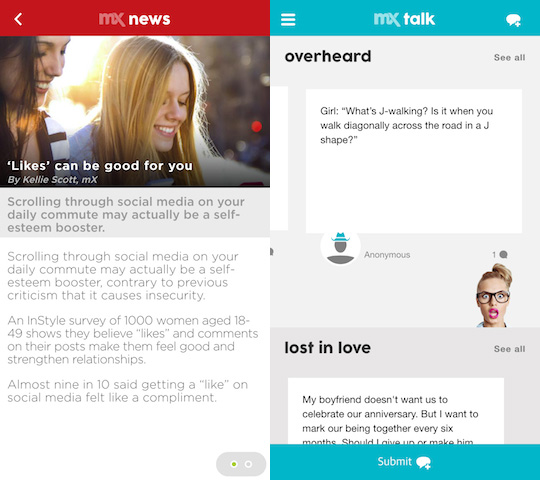