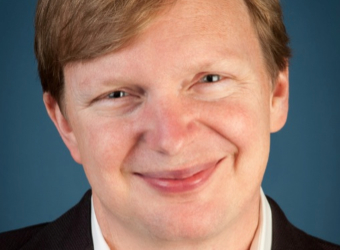 US President Barack Obama’s re-election campaign has valuable lessons for CMOs of consumer-facing companies, says Jim Messina, who served as White House deputy chief of staff for operations and was the campaign manager for Obama’s successful 2012 re-election bid.

Obama’s 2012 political campaign was unprecedented on multiple levels, as it revolutionised the way technology was used. Its two-pronged focus on data and digital marketing made success possible, Messina adds.

Marketing: How did you approach digital marketing in President Obama’s re-election campaign? Why and how was the campaign a success?

Jim Messina: When we started the campaign, we decided to completely revolutionise the way technology had previously been used in a political campaign. In the four years since his first campaign, Facebook had expanded, Twitter had become a predominant form of communication and the effectiveness of TV ads had significantly diminished.

We wanted technology to do a very simple, yet almost impossible thing: to develop a personal connection with every voter. We married digital marketing with an unprecedented focus on data to target individual voters, and it was very successful. We broke support and voter turnout records.

How did you merge politics and technology? What advice or lessons could you share with CMOs?

One thing we learned is that the validation of people’s friends and family is very important, so one of our ambitious goals was to use President Obama’s supporters as ambassadors to their family, friends and neighbours. The digital world allowed us to do that. We built an innovative program where supporters’ Facebook contacts were matched with our data. We shared information on which of their contacts were supporting the President and with one click they were able to reach out to their friends. In the last 96 hours of the campaign, 6.6 million people reached out to their friends, and 70 to 80% of those ended up supporting the President.

These technologies have consumer applications, too. Companies want more information on their target audience and how best to reach out to them.

What changes should CMOs embrace?

Young consumers are changing their habits almost yearly. Five years ago it was Facebook, then Twitter and now Instagram. They communicate via text more than by email. Many more people own smartphones today, so even though it is harder to program content for them, marketers must meet people where they are.

Companies have to figure out the behaviour patterns of their target audience, and how to have relevant discussions with people. They should be platform neutral, talking to folks on multiple social media sites. We had departments dealing with each website individually.

What about the actual message that is communicated? What is effective?

Messages have to be very targeted and easy to understand, but the single most important thing is genuineness. Typical political spin does not work. People can sniff them out. Everyone is also busier today, so will see a lot less of these messages. Marketers must narrowcast directly to customers.

Any final words of advice?

Do not confuse tactics with the overall strategy. Use data to find your market and use the tools you have in front of you more efficiently. Understand your message and have people understand it in a very clear and definable way. People have so many other choices today.

Jim Messina, 2012 campaign manager for President Obama and former White House deputy chief of staff for operations will be attending the CMO Summit 2013 taking place on the Gold Coast in August. See the full speaker line up and more information here »