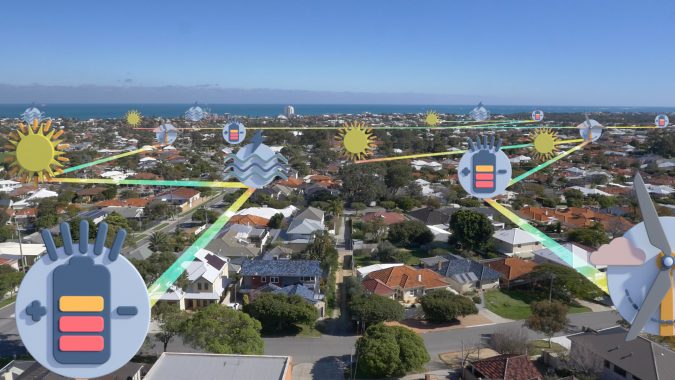 The campaign, running in cinemas and online, includes a secret love triangle and a mad engineer.

Secret love triangles, typical Sunday sessions and mad engineers are all part of Western Power’s new campaign,  ‘Stories from the grid’. The energy corporation for Western Australia worked with creative agency 303 MullenLowe to create three short stories, which offers a bird’s eye view of Western Power’s electricity network of the future. A fourth instalment is on its way.

Each of the films has a running theme: how Western Power plays a leading role in the state’s evolving energy landscape – from renewable energy to peer to peer energy sharing and emerging technology.

“Western Power is always trialling new technologies and innovations,” explains Todd Baker, client service director at 303 MullenLowe. “This campaign is about opening up and talking about its innovations and experiments in a fun and relatable way, which represents a huge strategic shift for the brand.”

The first clip, ‘Energy Sharing: A Grid-Powered Love Story’, is all about Lucy, a giver, and Kevin, a taker, who literally consumes all her spare energy, until along comes Tessa – also a giver. This love triangle explains the benefits of a shared energy storage system, which could soon make sharing power between neighbours as easy as lending a cup of sugar.

The second film, ‘Batteries, BBQs and Balls: Energy Your Way’, depicts all the ways the people of Perth are using Western Power energy – from watching the footy to a yoga class. It builds on the launch of an earlier campaign, ‘It’s ON’.

The third tale in the series, ‘Mind control: Directing the Power of Perth’, features a seemingly mad engineer and depicts how the team at Western Power collectively make plans to save resources.

“We want to show our customers the many ways Western Power is evolving. The network now connects solar, batteries, advanced meters, microgrids and stand-alone systems seamlessly with the essential poles and wires. It’s an exciting time for energy in Western Australia, and 303 MullenLowe has done a fabulous job of depicting this,” says Jill Goodwin, brand and customer communications manager at Western Power.

The campaign is running in cinemas and online.