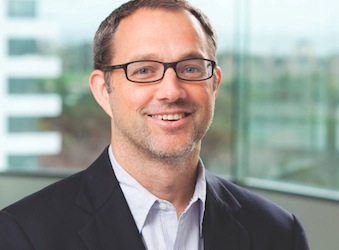 University of Melbourne undergraduate Sophie Randall-Hughes interviews Simon O’Day,  vice president of Responsys Asia Pacific, to find out what it takes to kick-start a career in marketing.

What are the fun parts of your job?

There are lots of reasons why I love what I do. There’s always a challenge to address and something exciting going on, whether it be the launch of a client project, a company event, a new business pitch or a staff training session. The digital marketing industry is still only about 15 years old and new technology is being constantly developed, which means we’re all continuing to learn and grow as professionals. No two days are the same and this drives me and keeps the job fresh and exciting.

Is the industry dominated by under 30s?

Yes and no. The ‘engine room’ of the company, where the majority of day-to-day campaign management and execution takes place, is mostly occupied by those in their mid to late twenties. But then there is a layer of people, like me, who head up the industry, who are usually in their late 30s to early 40s. That said, the emerging talent is most often found in the engine room; this is best place to soak up knowledge and cement the foundations for your future career.

What are the long-term employment prospects for a marketing graduate like?

For any graduate wanting a diverse career, digital marketing is an excellent industry to be part of and the long-term prospects are huge. Once you begin your career, especially if you start in an agency, you can gain experience in a wide number of areas, such as technology development, creative execution, campaign and marketing management and even data analysis. My advice is to start in a role where you can experience a wide range of vertical areas. This way you can quickly acquire a variety of skills that can be applied to many different marketing functions, which you can fine-tune as you advance into management.

Digital marketing skills are easily transferred to different markets too, so, later down the line, you could look to work in the UK and the US. And, with language skills and cultural understanding, working in Asia is an option too.

What’s the most exciting campaign that you’ve worked on?

In 2006, we worked alongside M&C Saatchi to launch all of the web aspects and digital marketing collateral of the ‘So where the bloody hell are you?’ campaign for Tourism Australia, which was designed to promote Australia to the rest of the world. Everything was running smoothly until the Broadcast Advertising Clearance Centre (BACC) in the UK pulled the plug on TV commercials and ordered the removal of roadside billboards containing the word ‘bloody’. At the very last minute, we had to overhaul our strategy to focus on driving traffic online.

There was an amazing amount of effort in the back end to get the digital marketing and advertising completed. We already had all the websites set up to cope with traffic expectation, but when we turned the ‘spricket’ on, all of the servers started literally exploding! The interest levels were phenomenal; it was such an exciting time.

Then when we activated the campaign in China and Korea, we had to learn really quickly how to set up the languages for our databases and customer emails correctly. For a while it was complete chaos and the team was up 24/7 perfecting the approach. It all worked out in the end and the campaign had such an amazing story behind the scenes that nobody knew about. Today, our approach would be very different because of the experience we have accrued, but back in 2006 an international campaign of this scale was virtually unheard of – it was a steep learning curve for us all.

Does your work make you feel like you’re contributing something to society?

When you’re in this industry, you need to think of ways to connect the value of what you’re doing to the everyday person and we do this in several ways. We have a partnership with Charity: water, which delivers clean, safe drinking water to people in developing nations. We’ve done a lot of work locally and globally to invest [in] and support them. For instance, we’ve just completed a research project where we donated five dollars for each completed survey.

One thing I am particularly proud of is that, locally, I have created a mentoring program this year called ‘Emphasis Program’. I’ve been lucky to have grown up in a mentoring landscape, so it is important to me that I too give back and that Responsys invests in the future of our industry. This year we have been successful in mentoring a University of Melbourne undergraduate. We have developed an exciting and engaging hands-on program, which exposes interns to much more than just regular trips to the photocopier and coffee machine. Interns spend time in different business areas across the company, ensuring they pick up valuable and practical experience to take with them when they enter the workplace full-time.

Where’s the best place to start in digital marketing – in-house or agency?

Ultimately, this depends on the type of work you want to do. In a business like Responsys, you will experience working with many companies and, because of this, career progression is often faster, but if you would prefer to concentrate on one brand, you’ll most likely be better suited to an in-house role. Wherever you end up though, you need to be prepared to work hard. In Australia, digital marketing departments are small and they also tend to be time poor, which can mean resources are stretched. Agencies may also require graduates to work long hours when needed, but, like most things in life, you get out what you put in. If you’re prepared to put in the hard graft when you’re starting out, you’ll reap the rewards later in your career.

What’s your best advice to grow my professional reputation in this industry?

As a 20-something fresh out of university, the main focus should be on doing the groundwork to get your career up and running. Today, people are so hung up on salary, prestige and reputation, when in reality they need to be more in tune with getting the job in hand done and, while doing so, acquiring a bedrock of valuable experience.

If you really want your reputation to grow, you need to keep your head down, be enthusiastic and come up with ideas. Only when you’ve established yourself in the workplace, should you start to look beyond this and your reputation will follow based on how you behave.

As an industry ballpark, what should an entry-level graduate be aiming to earn as a starting salary?

As a marketing graduate, you should be looking at a starting salary between $40,000 and $50,000. In your early 20s, when you are a hyper-educated rookie, your focus should be on landing a job and learning the ropes rather than on what you’re earning. It’s also important to bear in mind that if you’re working in

How much of an increase can a graduate expect to be earning five years down the line?

The level your salary increases at depends on a number of factors including your own development, how the economy is faring, as well as the success of the company you’re working for. It’s reasonable to expect somewhere in the region of a four to six percent increase per year, though, and if you work hard in marketing you will be rewarded with a strong salary.

Who inspires you, or is your mentor, in the field of marketing?

I’m lucky to have grown up in a mentoring environment all my life. I have several key individuals who have really helped me develop as a marketing professional. For the past five years, I have had the pleasure of being personally mentored by Rob Morgan and Hylton Mackley from Clemenger Group. They are both unbelievably talented businessmen and the advice they’ve given me and impact they have had on my career has been invaluable.

Mark Ritson, an associate professor of marketing and an expert on branding from the University of Melbourne Business School, has also motivated me with his brand commentary. He is absolutely fantastic and I am consistently inspired by him.

The evolution of the marketing industry ensures I am constantly engaged. When I first started out, digital marketing was still in its infancy and we made the rules up as we went along, but now we’re in a sustained phase of growth. The nature of my workplace has changed significantly, too. Ten years ago (along with two partners), I was running a start-up with 12 employees, and now I’m part of a global company and part of a global machine, but there’s still so much to learn.

At least every six months, something comes up and I go through a massive learning curve. I feel like I’ve completed about five MBA courses in the past 12 years! An enjoyable office environment and great colleagues of course keep me going too. I’m lucky to always have been blessed with fantastic workmates.

How do you suggest graduates find mentors?

Mentorship is something you should actively seek out. You need to start by asking people and have the gumption to look for help. It may seem daunting, but many professionals would be happy to help and mentoring doesn’t need to be a time-consuming task.

It all comes down to understanding what mentoring is, it’s all about using the experience of an elder, to help inform your decisions. I mentor about five people at any one time and recently had a client ask me if I could mentor them. He was specifically looking for advice on how to advance his career and we now catch up every month or so for coffee. Professional organisations such as the Australian Marketing Institute also have mentorships where you can be allocated a mentor, so I recommend looking into these as an option too.