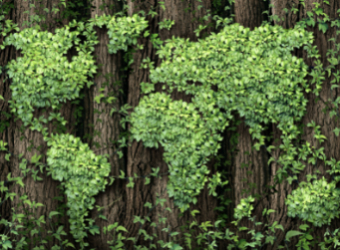 As ‘next new thing’ fatigue reaches exhausting levels, driven by the hyping of almost any new advance in technology as such, new analysis by McKinsey Global Institute has sought to cut through the hype and identify the technologies that will really matter, assessing the impact they will have on life, business and the global economy by the year 2025.

McKinsey Global Institute, the business and economics research arm of McKinsey and Company, has highlighted 12 disruptive technologies as part of its ongoing remit to delve into the evolving global economy and promote understanding.

As the authors point out, business leaders can’t wait until evolving technologies are having their full effects to determine which developments are truly big things. “They need to understand how the competitive advantages on which they have based strategy might erode or be enhanced a decade from now by emerging technologies,” states the report, which was authored by James Manyika, Michael Chui, Jacques Bughin, Rochard Dobbs, Peter Bisson and Alex Marrs.

But these aren’t just 12 novelties – the report assesses the potential reach and scope as well as the economic impact of the areas of technology, with each area required to meet certain criteria to be included on the list: the economic impact must be potentially disruptive, the technology must be rapidly advancing or experiencing breakthroughs, it must have broad potential scope of impact, and have the potential to affect significant economic value. The final list of 12 was whittled down from more than 100. Here they are, in no particular order, starting with…

“The mobile Internet also has applications across businesses and the public sector, enabling more efficient delivery of many services and creating opportunities to increase workforce productivity. In developing economies, the mobile Internet could bring billions of people into the connected world.”

“Some computers can answer ‘unstructured’ questions (ie. those posed in ordinary language, rather than precisely written as software queries), so employees or customers without specialised training can get information on their own. This opens up possibilities for sweeping change in how knowledge work is organised and performed. Sophisticated analytics tools can be used to augment the talents of highly-skilled employees, and as more knowledge worker tasks can be done by machine, it is also possible that some types of jobs could become fully automated.”

The technology: Networks of sensors embedded in objects for data collection and monitoring, bringing them into the connected world.

“The internet of things allows businesses and public-sector organisations to manage assets, optimise performance, and create new business models. With remote monitoring, the Internet of Things also has great potential to improve the health of patients with chronic illnesses and attack a major cause of rising health-care costs.”

The technology: Using hardware and software resources delivered over a network or the internet, rather than stored locally in your computer. (Web-based email services like Gmail and Hotmail are fairly immediate examples of cloud services.)

“IT resources (such as computation and storage) are made available on an as-needed basis – when extra capacity is needed it is seamlessly added, without requiring up-front investment in new hardware or programming. The cloud is enabling the explosive growth of internet-based services, from search to streaming media to offline storage of personal data (photos, books, music).” … “The cloud can also improve the economics of IT for companies and governments, as well as provide greater flexibility and responsiveness. Finally, the cloud can enable entirely new business models, including all kinds of pay-as- you-go service models.”

The technology: Robots with better and better senses, dexterity and intelligence used to automate tasks or help humans.

“Advances could make it practical to substitute robots for human labor in more manufacturing tasks, as well as in a growing number of service jobs, such as cleaning and maintenance. This technology could also enable new types of surgical robots, robotic prosthetics, and ‘exoskeleton’ braces that can help people with limited mobility to function more normally, helping to improve and extend lives.”

“Next-generation genomics marries advances in the science of sequencing and modifying genetic material with the latest big data analytics capabilities. Today, a human genome can be sequenced in a few hours and for a few thousand dollars, a task that took 13 years and $2.7 billion to accomplish during the Human Genome Project.” … “The next step is synthetic biology—the ability to precisely customise organisms by ‘writing’ DNA. These advances in the power and availability of genetic science could have profound impact on medicine, agriculture, and even the production of high-value substances such as biofuels – as well as speed up the process of drug discovery.”

The technology: Vehicles that can navigate and operate with little or no human involvement.

“Over the coming decade, low-cost, commercially available drones and submersibles could be used for a range of applications. Autonomous cars and trucks could enable a revolution in ground transportation – regulations and public acceptance permitting. Short of that, there is also substantial value in systems that assist drivers in steering, braking, and collision avoidance. The potential benefits of autonomous cars and trucks include increased safety, reduced CO2 emissions, more leisure or work time for motorists (with hands-off driving), and increased productivity in the trucking industry.”

The technology: Systems and devices that store energy, including batteries.

“Over the next decade, advances in energy storage technology could make electric vehicles cost competitive with vehicles based on internal-combustion engines. On the power grid, advanced battery storage systems can help with the integration of solar and wind power, improve quality by controlling frequency variations, handle peak loads, and reduce costs by enabling utilities to postpone infrastructure expansion. In developing economies, battery/solar systems have the potential to bring reliable power to places it has never reached.”

The technology: Manufacturing techniques to create objects by printing layers based on digital models.

“With 3D printing, an idea can go directly from a 3D design file to a finished part or product, potentially skipping many traditional manufacturing steps. Importantly, 3D printing enables on-demand production, which has interesting implications for supply chains and for stocking spare parts – a major cost for manufacturers. 3D printing can also reduce the amount of material wasted in manufacturing and create objects that are difficult or impossible to produce with traditional techniques.”

The technology: Materials with superior functionality or characteristics, such as strength, weight or conductivity.

“At nanoscale (less than 100 nanometers), ordinary substances take on new properties – greater reactivity, unusual electrical properties, enormous strength per unit of weight – that can enable new types of medicine, super-slick coatings, stronger composites, and other improvements. Advanced nanomaterials such as graphene and carbon nanotubes could drive particularly significant impact. For example, graphene and carbon nanotubes could help create new types of displays and super-efficient batteries and solar cells. Finally, pharmaceutical companies are already progressing in research to use nanoparticles for targeted drug treatments for diseases such as cancer.”

The technology: Techniques that enable the economical extraction of unconventional oil and gas.

“The ability to extract so-called unconventional oil and gas reserves from shale rock formations is a technology revolution that has been gathering force for nearly four decades. The combination of horizontal drilling and hydraulic fracturing makes it possible to reach oil and gas deposits that were known to exist in the United States and other places but that were not economically accessible by conventional drilling methods.”

The technology: Generation of electricity with reduced harmful environmental impact.

“Renewable energy sources such as solar, wind, hydro-electric, and ocean wave hold the promise of an endless source of power without stripping resources, contributing to climate change, or worrying about competition for fossil fuels.” … “China, India, and other emerging economies have aggressive plans for solar and wind adoption that could enable further rapid economic growth while mitigating growing concerns about pollution.”