The marketer’s guide to the future: a manifesto

The marketer’s guide to the future: a manifesto 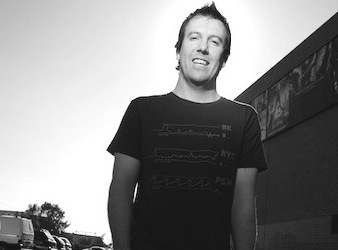 Below is a marketing manifesto of the big shift we are all living through. In fact, it’s a business manifesto of what is already happening combined with the inevitable.

This eclectic aggregation of phrases and explanations represents our generational shift from the industrial age into the technology age. It is a reality-based scenario of what must be known if we choose to succeed in a digital world.

Exponential rates of change: The declining cost of the factors of production – microchips, computers, sensors, RFID tags, near-field communication (NFC), ubiquitous internet access, BRIC nation labour – will allow innovation at levels unseen in human history. If you think the world is moving fast now, buckle your seatbelt, because it’s only going to get faster, as more of us become both available and connected.

Excess capacity: The move to a service-oriented digital world has resulted in excess capacity in the production of most everything. Quite an irony for a world expunging from limited resources. This means that prices will decline in all consumer arenas, skinnier margins and commodisation of everything that is not unique. Even if the product is the result of a complex production process, it will not be insulated from this reality.

Disposable technology: We need to assume that technology will become so cheap it is disposable. As disposable as packaging or a newspaper. A simple proof point is that one gigabyte of hard drive memory is now less than US$0.001. The cheapest RFID costs less than the average glass bottle which we simply throw away. We need to think of web-connected, screen-enabled cereal packets. This will occur much sooner than we might think.

We’re all in the technology business: It’s foolish to think we’re not, and any ignorance of this fact will lead to business failure. Even if we sell potatoes, we should, can and will need to embrace technology for advantage. We need to think about the technology infrastructure that is evolving, and how we must use it, regardless of what ‘non-tech’ item we sell.

The web of everything: First the web started to be appear on computers, then it invaded all screens, now it will be on everything. It’s already happened on sports shoes, and it’s about to happen on everything we make and buy. Why? Because we can, because we demand it, because it is already happening and because it augments life. Very few things will exist without web augmentation.

Software eating everything: Things are being transformed into information. Even real physical things are being turned into data and then reconstituted into stuff again. Software is encroaching all areas of our existence. Three-dimensional printing will be the beachhead and proof point of this reality. This will happen in much the same way that orange juice is mostly reconstituted. We will live in a ‘nature identical’ world. Whether this is a good or bad thing is another question.

Omnipresent deflation: While tabloids decry the rising cost of living and most everything we purchase, the reality is the opposite of what is being reported. Energy, housing, technology, entertainment and even food are all getting cheaper in ‘real terms’. Rapid technological change, Moore’s law and developing nation labour forces will ensure this continues. It’s creating the great business revenue maintenance challenge as we quickly move the price of ‘free‘.

Startup culture: A world without barriers is creating a revival in human endeavor and enterprise. The fact that anyone with a smart phone has access to more data than the US President did 15 years ago is creating micro-innovation and new global possibilities. There is a great flip away from the blocking nature of the industrial stalwarts who controlled the 19th century. Access and democratisation of the factors of production is allowing humans to again follow their natural genetic desire to create, innovate and start things which improve the human plight.

Cheaper than us: Our younger and newer competitor is almost certainly cheaper than us. They don’t have the legacy infrastructure that we have and are using it to win. Businesses need to quickly learn to love the future and dispose of any heavy, legacy-based infrastructure, especially if it would not exist if they started their business today. The future doesn’t care what got us here, it only cares about what it needs now. If we don’t dispose of the past, excess costs and process will relegate your business to the very same history books.

End of offices: Offices are an industrial relic that were originally tacked onto factories to manage piece labour. They continued to exist only because the factors of ‘office production’ were shared and expensive. Smart businesses will learn to let them go and recreate desirable, dislocated work spaces. Society needs and wants this to occur. It’s an important solution for time, family, traffic and management issues. Instead we’ll have meeting hubs and occasions which fill the void of physical and social interaction in a work context. The benefits of this move financially and socially make it inevitable.

End of factories: As all things are turned into data points, factories will begin to decline in relevance. 3D printing will replace mass production while artisan values will continue to re-emerge. These two methodologies will define our physical consumption experience. Both of which have more value, customisation and immediacy than mass-designed widgets. Local component design and consumer input will shift us further from factories as the industrial era comes to a close.

Zero-barrier world: Who you are or where you are from now matters less than it did during the industrial era. Technology is allowing people to jump geographic and nationalistic borders to connect and collaborate outside of traditional authority structures. The nimble and innovative will beat the large and well financed. In fact, the new structures are starting to suit the former more than the latter.

Scores replacing currency: A globally connected community is conspiring against the idea of national currencies and moving us towards global scoring platforms. Game mechanics will invade commerce to a level where the real trading element is based on what we score, which is currency agnostic. Reputation scoring with future-based financial promises will trump untrustworthy global banking systems. Brands which embrace this can circumvent borders and price disparity and create true value chains.

Purposes maximisation: Developed markets are quickly moving from a consumption economy to an experience economy. This is part of the move away from profit maximisation to purpose maximisation. In markets where people have infinite access to the factors of a long and healthy life, eventually consumption is superseded. Business needs to replace ‘things’ with ‘purpose’, which now often means anyone selling such ‘things’ needs to shift their focus to what this stuff actually augments, rather than the item itself.

Blossom economies: Decentralisation is leading to a bottom-up economy where those with the least to lose are best poised to gain from these changes. It’s a total shift where power and control are being disrupted forever. The next big thing will now almost always come from the underground. Life cycles of businesses, products and outputs will decline in perpetuity. Technology is conspiring to create new blossom economies. Blossom economies will exist just as every new season has new starlings, and flowers which often arrive from between the cracks in the pavement.

The future is not yet written: The question for everyone is how to respond to changes, because just like the truth, these are inevitable.