TV is still the world’s pastime

TV is still the world’s pastime 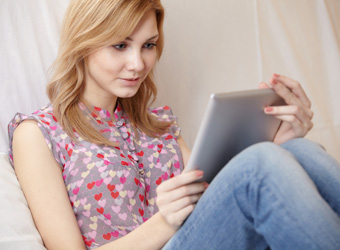 A recent report out of Paris has revealed that television viewers globally watched an average of three hours and 17 minutes of broadcast content per day last year, an increase over the previous year and a new record by this measure.

While the study, from Eurodata TV Worldwide, found average viewing time in 2012 was single minute more than in 2011, the result was significant, the report claims.

The rise of tablet viewing has increased and bumped up the figures, the report finds, with the trend to dual screening spreading worldwide, as widely as from the UK to Brazil.

New directions in the TV experience also go far beyond the immediate broadcast experience with Euronews, for example, broadcasting a six-second mini film on its Twitter feed every day (#EuronewsVineOfTheDay).

In another example of the changing of viewing habits, rich content is ensuring that television audiences remain high. From the spin-off content surrounding last year’s London Olympic Games to reality television, especially talent contents like The Voice, “2012 [was] a real turning point for television,” says Amandine Cassi, head of research at Eurodata TV Worldwide.

“Social, connected, synchronised: television keeps reinventing itself in a context in which digital imposes its own mark and rhythm,” Cassi says.