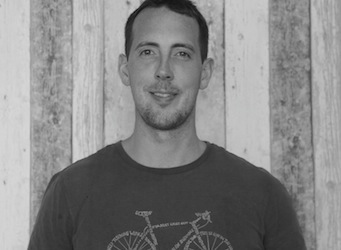 The concept of social gaming has been around for a few years now – in fact, it could be said the very first MMOG (massively multiplayer online game) was created in 1974 with the first graphic virtual world Mazewar, but recent innovations such as social networks and the ubiquity of the mobile platform have completely redefined the first word in this acronym.

As I write this, Candy Crush Saga‘s parent company (King Digital Entertainment, which also makes the game Pet Rescue Saga) has just announced its intention to launch on the US stock market with an IPO of US$500 million. The demise of Flappy Bird is still fairly fresh in our minds, caused by its creator’s aversion to the game’s overwhelming popularity. Nineties game Dungeon Keeper has seen a revival on mobile from video game publisher EA, while a single game of Pokemon is being controlled by more than eight million people through Twitch.

Games are big news, but why do some games get so big so fast?

Of course, a large part of their success has to do with the pure addictiveness of the games, cute graphics and the enticing interface. They are simplistic, and easy to pick up and put down during short periods, which is perfect for mobile users.

But regardless of the exact nature of the entertainment, successful games generally have two compelling factors – ‘shareability’ and ‘boastability’. It is just so very easy to share content. In fact you are encouraged to do so after every level or achievement. What’s more, you are shown this option as a way of being able to ‘boast’ to your friends about how good you are and how far you have come – a simple boast on your Facebook timeline then encourages all your friends to compete against, or play with you.

So what can we take away from games like these?

Ours is a gaming generation. Life can sometimes feel too serious and games allow us to escape our realities for a brief time. But the effects are deeper than pure escapism. When we become engrossed in game or ‘gamified’ experiences we are affected at an emotional and subconscious level. Any brand associated with this experience then becomes a familiar friend, one we associate with pleasure and look to for further experiences.

Perhaps the most obvious example of this is the movie industry, with the largest player being Warner Bros. They have an offering of almost 60 apps on the iPhone alone, double the nearest competitor. But the phenomenon is not limited to entertainment companies. Less obvious industries have also seen the positive impact of creating socially sharable gaming experiences, with brands such as Kia Motors, Coca-Cola and a number of charities all creating successful socially ‘gamified’ campaigns.

The world has changed drastically over the last 10 years. No longer the domain of the introvert and ‘geek’, gaming is now not only socially acceptable, but socially encouraged. Creating games that give your audience an immersive experience allows you to become engrained in their lives on an emotional level. It also provides an opportunity to learn more about them whilst they subtly integrate your brand into their lives. Tapping their competitive nature and encouraging them to share allows more users to reach and engage with you and so the cycle continues.

By recognising the visceral and emotional way that games connect users with brands, marketers can look to develop games as an additional relationship marketing channel. Adding social sharability allows the players themselves to become part of the marketing mix.

Paul Napier is senior mobile developer at We Are Social, a communications agency that specialises in socially-led thinking.

Cut the clichés and use your brand to build a stronger team and business
Marketing Mag May 19, 2022