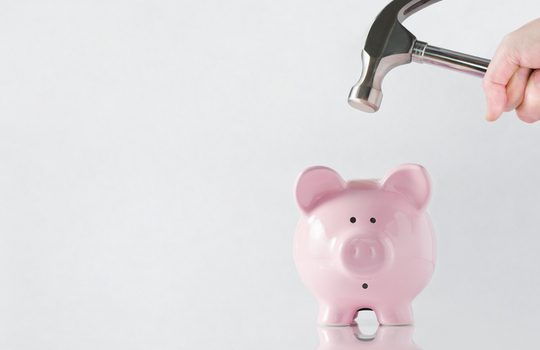 Marketing editor Peter Roper interviews AMI chairman Darren Woolley on the $99 ‘Service Enhancement Levy’ all members were this week asked to fork out on top of their membership fees.

Members of the Australian Marketing Institute (AMI) this week received an announcement from newly-installed chairman of the board Darren Woolley.

The email started out by going over all the new initiatives the AMI has launched. Then it got down to business:

“While our membership offerings have continued to expand, there is also a need to invest in the systems required to manage a progressive, professional and leading organisation.

“The Board, along with CEO, Lee Tonitto, has spent considerable time reviewing operational costs and generating savings that would not impact on the level and quality of the services we deliver to you.

“We are at a point, however, where we need to call on the support of our members, and yourself, to ensure we can strengthen the foundations of your Marketing Institute.
Therefore we are seeking from all members a one-time Service Enhancement Levy contribution of $90 + GST to supplement AMI resources through 2015. This is a one-time payment that will also apply to new members joining us in 2015.” [Emphasis original.]

That’ll be $99. Within 30 day, please. If a member doesn’t pay up, the levy will be added to the member’s next renewal letter, according to the Q&A page provided.

This is an extraordinary measure for an organisation to take. Is the AMI in financial trouble? No, according to the Q&A page, which goes on: “But we are facing significant financial challenges due to trying to maintain a program of adding value and services without increasing member fees to keep pace with general operational costs.”

Marketing asked chairman Darren Woolley about the difference between ‘trouble’ and ‘challenges’, why a levy is necessary, and what his agenda for the AMI is in this wide-ranging interview.

Marketing: What kind of response have you got to this week’s announcement?

Darren Woolley: I’ve spoken to probably about 150 to 250 members, and I’d say the general response is ‘disappointing but supportive’.

But there’s clearly some people that are upset about it, and I’m talking to them, I’m trying to explain why.

What I say to people, I’d say to them, do you really think being installed as the chair of the board in mid-January, and my first official act is to introduce this levy, is something I’d really want to do if I had a choice? I mean, seriously, this is not the way this should start out. Hopefully, I do a better job at selling this than Tony Abbott’s done in selling the budget.

The reaction [has been] generally supportive, there’s a level of disappointment that it’s come to this, and there’s, I would say, probably been about five people that have really vocalised, and said things like, ’Well, I’m not going to be a member anymore.’

M: Okay, so why has it come to this, rather than just increasing fees?

DW: So it is a one off, and this is why we’re saying that it’s not ‘financial trouble’, it’s a ‘challenge’. It’s a challenge because the actual budget is quite balanced, except that we’ve had some extraordinary costs in the past 12 months.

When I joined the board in September it became very clear that the membership fees are enough, but the challenges were caused by previous decisions around providing additional services, such as the professional indemnity. That was actually introduced with no additional cost to members fees.

M: Was that a mistake then?

DW: I think people did it because they wanted to keep adding to the membership value. Everyone here has operated out of the best intentions, but perhaps not with the right level of financial consideration going forward.

It was affordable, but it brought the operating position of the AMI to a much narrower margin, so that when you had things like the payout of the CEO, who’d been with the organisation for 12 years, you had the additional costs of the changes brought about by the election of the new board, you had the requirements to upgrade both the financial and the data.

Member data systems, which we’re still working through to bring them up to specification, were not allowed for, not budgeted costs.

My disappointment and frustration is having to do this so that we can then get on with a plan, in which there is a lot of great tools and services within the AMI, they’ve just never been packaged properly for the members.

M: Technology in the role of the modern marketer?

DW: Yeah. We have professional development, which needs to be radically reviewed to make sure that it’s up to date. We have the accreditation of university courses for marketing, but currently there is no paid services, all of that’s being done on a volunteer basis. One of the things that we did was we cut the core costs to the bone. There are only three full-time staff in the executive office. [Three] paid staff, running an organisation with 7000 members.

This is incredibly lean, and we need to move the AMI, we need to move it into a long-term sustainable picture. That’s not about significantly increasing memberships fees ongoing, it’s about investment up front, and then being able to maintain the level, and that’s why we’ve made the decision for the one off levy, rather than just increasing membership fees by 50 or 100 dollars, ongoing.

M: Out of that figure, what’s the split like between corporate and personal?

DW: It’s about half. No, it’s half full members, half student members.

Each member is being asked to pay this, so corporate members, [for example] I have nine of my consultants that are all members, and even though the AMI is asking them to pay, as a company I’ll pick up the cost.

M: Right, and you think that’ll be what happens in most cases?

DW: It’s up to each individual organisation to make that decision.

There’s two ways of looking at this, one is, it’s really like a levy against membership fees, the other way of looking at it is, it’s $99 to buy into an ongoing program, as you would to buy into a seminar or a function or an event. It depends on your interpretation of this levy. If it’s a one off levy against membership, then that’s the reason I’m picking up the cost, because we have a corporate membership. If it’s just a one off fee, then perhaps the individuals can pay it. That’s something that each individual corporate organization needs to decide.

M: Are fees going to rise at all?

DW: There’s plans for a rise in line with CPI, cost of living adjustments, because that’s the other thing, I think we had the first increase in years, mid last year. It’s a nominal increase, when in actual fact there’s been a lot of value added.

The thing is that the visible value, the events, are still going on, but participation’s dropped, in some areas, and that says to me, that this is why we need this complete review of what we’re offering members.

M: Has the AMI got sort of an image problem, or a branding problem?

DW: No, well, people outside of the AMI, and probably outside of marketing, have a very low awareness of the AMI anyway. I’d like to see the AMI promoting what CPM [Certified Practicing Marketer] means.

CPA, everyone knows, if you’ve got an accountant. But what’s ‘CPM’ mean? Ask a CEO, there’d be very few CEOs that actually understand the designation ‘CPM’.

The AMI needs to be more relevant to those people in sales, people in advertising, people in media, because these are all people working in a marketing capacity.

M: Do you look to organisations like the CPA to emulate?

DW: I think that’s a great example. The Chartered Accountants’ Institute, the CPAs, all of these people have built close relationships with universities, which the AMI has and wants to build further. They have defined and well structured programs for career development, and the AMI has them in place, but is it relevant? That needs to be reviewed. Then, they go about promoting it.

Did you know there’s the accreditation scheme for marketing courses?

DW: Which universities have it?

DW: What does it actually mean for the students choosing a course, and what does it mean for employers selecting marketing graduates?

M: I see your point. So having the answers to those questions is the challenge?

DW: Absolutely. It’s terrific – the AMI does great work in building these programs, but we need to make sure, one, that they’re relevant to the marketplace now, and two, that we actually go about marketing them to the stakeholders.

Not just the membership. That requires resources and a strategic plan, and that’s what the board has in place.

What we don’t have, currently, is the resources.

That’s why we called it that. I mean, it was hard to come up with the name, but ‘enhanced services’ is not, ‘we’re going to come and do a mani-pedi for you’.

It’s not a service as in we’re going to come out to each individual member, but what we’re enhancing is the relevance, and then promoting the importance of this within the wider industry, not just the marketing industry but the business community generally.

Are you a member of the AMI? Let us know your thoughts on the levy in the comments or on Twitter.

In the second part of this interview we discuss Darren Woolley’s views on the future of the AMI.