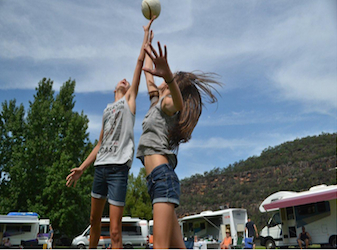 Winnebago Australia has announced a rebranding of all motorhomes effective 28 February 2013.

Avida Motorhomes is the new name and will be endorsed initially as the makers of the Australian Winnebago to provide credibility to the new brand by associating Avida with the well-known motorhome brand in Australia and New Zealand.

Avida Motorhomes CEO, Ben Binns, admits that while they’ve considered operating with two distinct brands in the marketplace, “the legal battle over the rights to use the Winnebago name in Australasia has convinced Avida that they need to create their own Australian identity.”

The legalities Binns speaks of concern Winnebago Industries of Iowa in the US, a company not associated with the local brand, who have pursued a four-decade-long battle with Winnebago Australia over naming rights. This is despite Avida’s assertion the US company “signed an agreement” in the early 1990s.

While a Federal Court decision in July 2012 decided in favour of the US titan, Winnebago Australia continues to appeal the decision, which is due to be heard next month.

“Avida is a brand which will be with us for many years irrespective of the result of the appeal and to assist in providing credibility to the Avida brand,” says Binns.

“We intend to promote Avida as the makers of the Australian Winnebago, linking our heritage since 1965 to the newest motorhome brand on the market,” he adds.