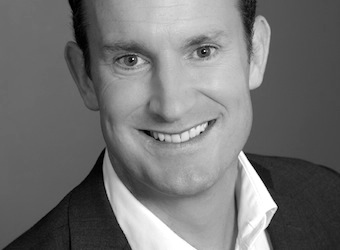 Australians are avid consumers of social media and many companies have engaged staff to tweet, share and blog. But how do you know they are delivering real benefits to your business?

The world is in love with Twitter. A year ago there were half a billion people sending a billion tweets every five days. 10% of the Australia population were into it. The figures will be much greater now, of course, as more of us realise the benefit of 140-character communication.

Take a visit to stories.twitter.com and you’ll discover all the wondrous things the tool has done for humanity – rescuing people, raising money, creating music, fighting crime. How did we ever manage without it?

In the business world, though, the benefits can be a little less clear-cut. Most companies sense they have to be part of it, but many aren’t quite sure how. A Sensis Report (again from last year) showed that 79% of medium sized Australian businesses have a Facebook page, but only 33% used Twitter. Of course, a Facebook page can be a relatively static entity. Twitter requires you to be talking, constantly – it forces you be to be interesting.

The two things many companies struggle with on Twitter is ‘what do you say?’ and ‘how do I turn it into a business benefit?’ The same could be said of any business communication – whether it’s a press ad, a seminar or a sales rep at an industry function, the question is always ‘what am I saying and why?’

So, you need a strategy. Are you tweeting just to build your reputation? For some companies that’s all they want: a steady stream of insightful, pithy remarks might be enough to make potential buyers think more of you. For most, though, the objective is to create a call to action. In other words, to generate interest and provide immediate access to follow-up information – it could be to view a case study, visit a blog, sign up for a webinar or enter a competition.

Sadly, for many companies, their Twitter strategy finishes there. A staff member tweets away with targets to build followers, deliver retweets and use tools like bit.ly to measure click throughs. But what happens next?

For example, how many of those people who click through go on to buy from you? Is one case study you’ve published better than another at expediting sales? Is a certain style of twitter behaviour relatable to a higher value prospect? And, how many of those clicking on your tweets are already customers?

Being able to answer questions like these is vital to getting a handle on what all your Twitter work is doing for your business. A tweet is just one part of a complex customer journey. It can open a relationship, build on one that already exists, or kill it stone dead. Without an end-to-end view of a customer’s interactions you are flying blind. Without the metrics to show what’s really happening beyond the tweet, right through to a sale, it could be doing more harm than good.

It’s a lot to get your head around, particularly as Twitter, more than any other electronic medium, is a two-way street. You can tweet something hoping to encourage visits to your site, then find a deluge of responses that you have to deal with. Your processes need to anticipate that and you need to have the resources to respond, record those interactions and move those prospects into your opportunity funnel and through your sales cycle.

Smart companies already know that. They have integrated their Twitter activity into their marketing systems, established processes for interacting with social media and have a marketing analytics package to track who’s responding to tweets and what they do next.  Those apparently casual messages are carefully calculated to evoke the right response.

So, here’s the question for your business: is Twitter part of an integrated analytically-driven direct marketing strategy, or is it something dreamt up daily because its next on the must-do list? If it’s the latter, do you know for sure that what they’re saying isn’t turning some of your prospects off?