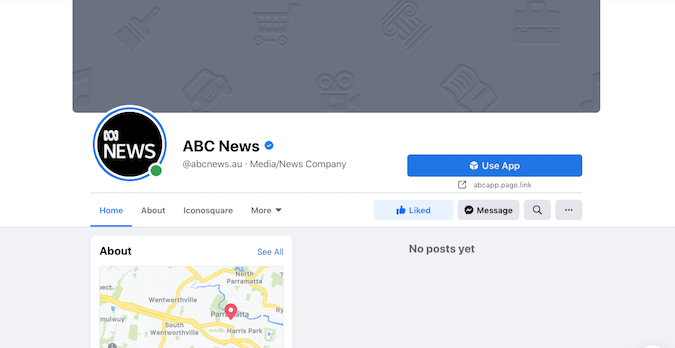 According to the Australian Competition and Consumer Commission (ACCC) the code is designed to “address bargaining power imbalances between Australian news media businesses and digital platforms, specifically Google and Facebook” – essentially asking tech giants to pay publishers for news content. Facebook and the Australian government have been unsuccessfully negotiating the code for months.

Managing director of Facebook ANZ, William Easton, wrote in a statement that the proposed law fundamentally misunderstands the existing relationship between publishers and Facebook, implying that the Australian government has forced Facebook’s hand. He believes that if anything, “the value exchange between Facebook and publishers runs in favour of the publishers.”

Facebook has received some criticism in the media today when it inadvertently blocked pages such as the WA Department of Fire and Emergency Services and the Bureau of Meteorology, which have now been restored.

There have been concerns about what these blocks can mean for access to reliable and credible news sources, considering there are around 9 million Australians daily active users on the platform. Facebook has confirmed its commitment to authoritative health information via a COVID-19 Information Centre.

This news follows the recent threat that Google made of potentially removing its search engine from Australia. In recent days it has been reported that Google is signing deals with media companies.

This news content will appear on its newly launched News Showcase page in Australia. The pivot has Google emphasising its commitment to supporting quality journalism in Australia. Google says this model is sustainable.

In a news release, Kate Beddoe, head of news, web and publishing product partnerships, APAC, said: “Starting today, a growing number of Australian publishers, leading examples of the best of local and regional journalism, will be paid to provide content for News Showcase.”

Some of the first announced local and regional publications include The Canberra Times, The Illawarra Mercury, The Saturday Paper, Crikey, The New Daily,  InDaily and The Conversation.

It seems at this stage that Facebook will not be following suit and signing deals with media outlets. Easton explained that Facebook interacts with publishers in a fundamentally different way than Google: “Google Search is inextricably intertwined with news and publishers do not voluntarily provide their content. On the other hand, publishers willingly choose to post news on Facebook, as it allows them to sell more subscriptions, grow their audiences and increase advertising revenue.”

Treasurer Josh Frydenberg is publicly critical of Facebook’s decision saying:  “What today’s events do confirm for all Australians, is the immense market power of these digital giants.”

CEO of Opyl, Michelle Gallaher, believes the move by Facebook has unintended consequences on a wide range of industries and organisations who regularly share content and links to news sources.

“Facebook is a key communication channel around the world and critical in the roll out of information associated with COVID lockdowns and access to vaccines, particularly in remote and vulnerable populations. Vulnerable communities, particularly those whose first language is not English rely on their close community to share relevant news links and provide translation or interpretation of the messages,” says Gallaher.

“Facebook’s blackout of Australian news sites and health information pages will create further distance and disadvantage for some of the most vulnerable Australians.”

Previous Article
The QR code comes of age
Next Article
As fraudsters grow bolder, advertisers must fight back with transparency