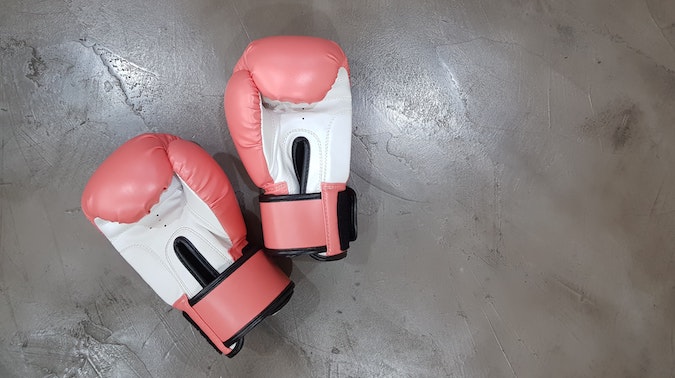 As people spend more of their money online, an uptick in digital fraud threatens ad platforms across the web and the attacks grow more sophisticated by the day. It is time for publishers and advertisers to fight back with transparency, writes Alon Carmel.

Nearly 320,000 complaints, 69 percent of which involved fraud or identity theft, have been filed in relation to coronavirus or stimulus payment information, according to the Federal Trade Commission in the US. Fraudsters are finding new ways to hack into the ad experience, running background Apps that drain batteries and steal personal data from viewers while they watch ads.

While ad platforms focus on finding breakthrough security technologies to fend off attacks, some miss a critical piece of the solution to the problem: transparency between advertisers and publishers.

Uptick in digital fraud since the pandemic

With COVID-19 continuing to wreak havoc across the globe, everyone is turning to the digital world. The industry experienced a sharp rise in online communications last year, as governments and health officials pleaded with citizens to stay home and social distance. As of January 2020, 3.8 billion people are on social media, which is up 9 percent in comparison to 2019. Now fraudsters are jumping on the opportunity to swindle as many people as they can.

Cybercrimes including web-skimming, malware campaigns, and phishing scams continue to rise as people turn to digital payments and social media in order to stay connected, especially as the developed world continues to bridge the digital divide in developing countries. Digital ad fraud can now be found all over the world, not just in the developed world. As more people in third-world countries are joining the digital revolution, fraudsters have a wider net to commit their crimes, and they can transcend borders in doing so.

Digital ad fraud is not the only concern for cyber crime. In the first quarter of 2020, large scale breaches in corporate data rose 273 percent. This is common during times of uncertainty or change, as cyber criminals are able to capitalise on transitional vulnerabilities. These attacks can target large social media organisations like Facebook and Instagram – which puts users’ personal data at risk.

Ransomware, a crime involving criminals encrypting and blocking files in order to extort a ransom to reinstate the files, has shot up 90 percent. Destructive attacks, or wreaking total havoc on the data or networks, are up 102 percent.

These cyberattacks can cost individuals hundreds of thousands of dollars and bankrupt large corporations. By 2023, nearly two-thirds of the world will have internet access, and by next year, videos will make up 82 percent of all internet traffic, according to the Cisco Annual Internet Report. As the number of online users continues to rise, it is up to the tech industry to be at the forefront of the fight against cyber crime.

Digital advertisers to lead the charge

The call for digital transparency has been around for years, but the idea really took off in 2017 when Procter and Gamble’s CMO Marc Pritchard, one of the world’s leading marketers, stated advertisers pay too much for ineffective campaigns. During his speech at IAB’s Annual Leadership Meeting, he called for an improvement in viewability, ad fraud and measurement of the metrics of advertisement. He has led the charge in digital ad reform. Over the past three years, publishers and advertisers alike have worked together to combat fraud, but this fight is far from over.

Transparency is an effective strategy against fraudsters in digital advertising because it helps weed out shady business partners. Shady behavior thrives in, well, shade, and exposing an advertiser’s cracks and crevices to sunlight makes bad actors more visible. When partnerships between publishers and advertisers are transparent, publishers can easily tell which advertisers are willing to share their information, while repelling those who might have something to hide. But transparency has to be reciprocated on the publisher side as well, beginning with the contract. Advertisers have a right to know where their information is being used and for what purpose.

Accurate reports are yet another way to ensure transparency. Marketers are expected to lose $35 billion globally to ad fraud this year, up 17 percent since last year. Publishing accurate and in-depth metrics of the campaign – as long and obnoxious as the reports are – can help businesses know the effectiveness of their advertisement.

While this sounds simple enough, it isn’t. Reports from Rakuten Marketing show Facebook and Google have provided inaccurate reports and metrics to those who advertise on their websites in the past. As the need for accuracy continues to grow, advertisers are increasingly turning to third-party vendors to verify first-party data. With full transparency between publisher and advertiser, advertisers wouldn’t need to spend extra money hiring outside sources.

What about the consumer?

As Gen Z continues to come of age they are increasingly concerned with authenticity and ‘realness’ behind the companies with whom they interact. These consumers are more worried about transparency than the brand loyalty of yesteryear. When navigating the online marketplace, they come equipped with ample research into these brands.

These digital natives – who account for 40 percent of global consumers – grew up bombarded by advertisements. Gen Z’s digital landscapes shaped the members of its cohort into apt and decisive consumers who know what they like. As such, it’s crucial that advertisers and publishers further optimise transparency to bring in more clicks from real consumers. Trusted organizations can educate consumers on how to be vigilant and avoid getting sucked into a scam.

Once transparency becomes the main concern for digital advertising, less ad blockers will be put in place as consumers will be less concerned about information being stolen from their devices.

Publishers and advertisers alike understand the value of transparency, so it’s only a matter of time before its implementation becomes the norm. The artificial barricades raised today only benefit the publisher and not the advertiser, and that leads to strife down the road.

With trust between parties in digital advertising in desperately short supply, transparency is the only effective way to gain that trust back.

Alon Carmel is an entrepreneur and the founder of Aniview, an end-to-end video-ad monetisation and video content service.

Photo by Arisa Chattasa on Unsplash.