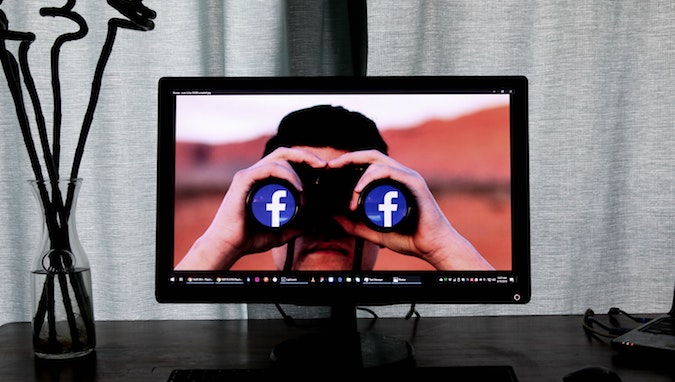 Facebook has blocked the sharing of all news content in Australia, not far behind Google’s threat of exit just last month.

But what’s prompting these nuclear options?

On the surface, it appears to be all about news content. But make no mistake, underlying these disputes is a battle about advertising revenue, the collection and use of consumer data and more broadly the ‘attention economy’ on which these platforms’ business model is based.

Last year, a Digital Platforms Inquiry conducted by the Australian Competition and Consumer Commission (ACCC) signalled the beginnings of a regulatory implosion on tech giants and their immense market power.

Balking at proposed legislation that would force Google and Facebook to remit part of their advertising revenue to news publishers, the companies have since scrambled to oppose the bill.

Tempers cooled as Google met with Australian officials and began to strike deals with major media players. But Facebook’s latest move is a clear shot over the bow of Australia’s news media code.

And this is only the beginning.

The Federal government has just completed a far-reaching review of privacy protection in Australia that may see new control given to consumers over the use of their personal data for purposes such as personalised advertising – which sits at the heart of the Google/Facebook income stream.

There is also the potential for substantive, fairness-based controls on how data may be handled – for example, protecting those who don’t know or can’t act to protect their own welfare when it comes to trading personal information.

And there is more.

The ACCC is following up with scrutiny over the dominance of the digital platforms in advertising – so called ‘ad-tech’ – with a new interim report on advertising technologies that effectively operate by monetising our attention.

Digital advertising platforms function much like shopping malls. Accessible for free to ordinary ‘shoppers’, they instead sell the opportunity to capture consumer attention through what is called ‘ad inventory’.

The ACCC’s chief concern is over the way in which Google and Facebook exercise virtual monopolies over the digital advertising delivered straight to our Facebook feeds and Google searches.

The majority of this data is derived from the myriad free-to-consumer services provided by Facebook and Google, and the collection of trackers on third party websites. If users aren’t paying for a service, there is every likelihood that they, or rather their collected ‘data points’, are the product that’s earning revenue for the platform.

The ACCC’s report points to “a real lack of competition, choice and transparency” in the digital advertising industry.

So, what does this all actually mean for consumers?

The ACCC argues that increased costs for advertisers are passed onto consumers. It includes in its options for reform boosting data portability and interoperability while also breaking up large data sets held by any incumbent.

Add this to the other proposed reforms and there is a real and world-leading challenge to the way in which Facebook and Google make advertising revenue.

It’s important to understand that the advertising enabled by the combined force of large volumes of consumer data, tracking technologies and machine learning based predictive analytics are changing the nature of online shopping and the ways in which advertising can be personalised to individual consumers.

And this ability to target, nudge and influence consumers is what results in Facebook and Google’s huge ad revenue, and the increasing ubiquity of surveillance ‘adtech’.

Research led by Professor Shanton Chang and Dr Suelette Dreyfus, with Dr Dana McKay, reveals how significantly this market violates user expectations, and the harms that are produced by these violations.

The research explores surveillance technologies that track consumers and how data obtained from them is used to personalise digital advertisements.

One example is the digital advertising boards seen in shopping malls, cinemas, and train stations.

These ‘smart kiosks’ are embedded with cameras that monitor people’s emotional response to advertisements via facial recognition technology. The information can provide detailed insight on consumer attitudes, but to what end?

Data obtained from similar IoT (Internet of Things) devices contributes to practices such as differential pricing – where users are charged different prices relating to things like their economic status, gender, or even race.

iPhone users, for example, have been charged more on travel and booking websites, as they are stereotyped as wealthier than their android-using counterparts. Similarly, certain consumers are ‘steered’ by algorithms towards specific products while online shopping.

These practices entrench inequalities when consumers are unaware of their existence, or of the criteria that underlies them. They can also function as virtual red-liners, denying equal service and opportunity.

Facebook was recently under fire for not advertising higher quality housing to people from certain income levels and ethnic backgrounds even where the advertisers specifically asked them not to discriminate.

While users no doubt understand that social media posts reflect the users experiences and bias, the influence of targeted advertising and skewed online shopping experiences are much more subtle.

When it comes to search engines, users truly (and misleadingly) believe they are encountering neutral, credible information.

Regulators in Europe have called for a ban on surveillance based targeted advertising altogether. The ACCC proposes a shift towards ‘contextual advertising’, which targets ads based on the relevant context in which they are shown (keywords, dates) instead of user attributes.

Australia is also potentially on the verge of sweeping new data rights protections, on par with what is already in place in the EU through its General Data Protection Regulation (GDPR).

Privacy and fundamental rights can only be preserved when consumers have meaningful control over how their data is used and there are substantive limits on the kinds of uses that are acceptable.

Our policy report advocates combining approaches from privacy and consumer law, as well as a robust understanding of the technology underlying personalised advertising.

Ultimately, the bundle of proposed reforms being put forward by the ACCC means major changes to not just the ways in which news is promoted online in Australia but, importantly, the way ad revenue is earned and distributed via consumer data.

This is at the heart of the Facebook model. More disruption is likely here in Australia, and potentially worldwide, until we find a resolution.

This article was first published on Pursuit. Read the original article.

Photo by Glen Carrie on Unsplash.

Tags:
Previous Article
Most trusted brands: A compound of personal experience and public perception
Next Article
What iOS 14 will mean for your Facebook ads