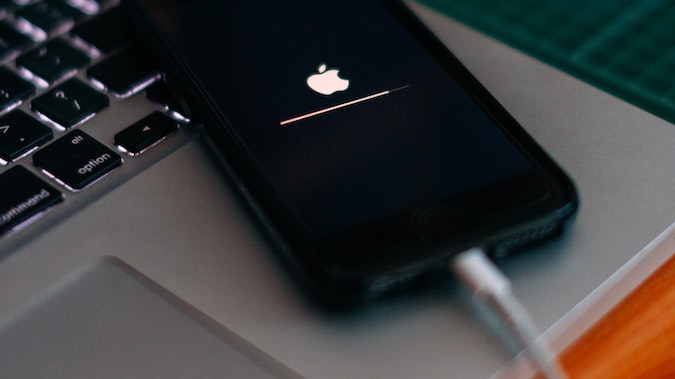 You’ve probably heard about the Apple iOS 14 changes and how they present a risk to those who rely on Facebook ads. However, if you’re like a lot of marketers and business owners, you may still be unclear about what it will mean for the effectiveness of your marketing spend now and in the future.

That’s because the current situation is confusing and the impact of these changes is not fully known.

The big issue for advertisers is one of how privacy permissions are set within apps installed on Apple devices. Going forward, mobile and tablet users will have to opt-in for tracking or granting access to their data. This update will let people choose between the options of ‘Allow Tracking’ or ‘Ask App Not To Track’ when installing a new App.

The important thing to understand is that the default in iOS 14 will be for tracking to be disallowed. A user will have to click a button for tracking to work. This is potentially a game changer and is what has got so many people worked up.

What this will mean

The million dollar question is, ‘How many people, when faced with the privacy alert, will opt-in to being tracked?’. The short answer is – not very many, and this is a major concern for both Facebook and advertisers.

If so, there will be a dramatic shift in how marketers can target their audiences and understand the context of their conversions. How big this impact will be remains unknown. However, if we assume that a large percentage of app users take the privacy path, smaller businesses will be most affected in terms of advertising. This change will impact their ability to reach their specific audiences in a cost-effective way. Larger advertisers will also be impacted, but they typically have larger budgets and are more used to spending their marketing dollars in ways that are less precise and trackable in general (think TV, radio and large brand awareness campaigns).

Big picture, Apple and Facebook have stepped up their long-running battle.

Facebook claims that “the greatest impact will be felt by the most vulnerable businesses, rather than the big brands with deep pockets”. This is highlighted by their full-page advertisements condemning iOS14 in the New York Times, Washington Post and The Wall Street Journal. They’ve also created a page making their position clear.

As far as Facebook is concerned, these changes are less about privacy and more about “pushing businesses and developers into a business model that benefits Apple’s bottom line”. Specifically Facebook contends that if content creators experience falling revenue from ads, they will be forced to make money through subscriptions or in-app purchases. Both areas where Apply get a percentage of revenue ranging between 15 percent to 30 percent. Facebook also points out that Apple’s own advertising business is exempt from the new prompt requirement and will therefore have a competitive edge in attracting advertising revenue.

Apple, naturally, has taken a different approach and claims they are “standing up for their users” and that “users should know when their data is being collected and shared … and they should have the choice to allow that or not.”

At the core of the challenge for advertisers is a concern that whilst ads will still appear, they will be significantly less targeted. Many ads will appear to irrelevant audiences. In addition, content providers who rely on Facebook ads for generating revenue will suffer if the advertising they host struggles to perform.

Facebook have outlined a number of changes they are making to mitigate the impact of some of these changes, but to a large extent its hands are tied. Simply put, so much in digital advertising relies on tracking and these changes will result in less tracking of people on mobile devices.

As with all changes, there will be winners and losers. My advice to advertisers is to remain informed of the performance of your campaigns on Apple iOS devices. It’s likely the impact will vary considerably business to business.

Success in digital advertising is about embracing constant change. The challenge as always is to find the mix of channels which will most effectively allow you to take your message to your perfect audience. As always, it’s time to look at where you spend your marketing money.

Photo by Szabo Viktor on Unsplash.

Tags:
Previous Article
Australia vs Facebook: Regulating the market of attention
Next Article
Urban Brand-Utility: a protopia for marketing communications that is both effective and regenerative