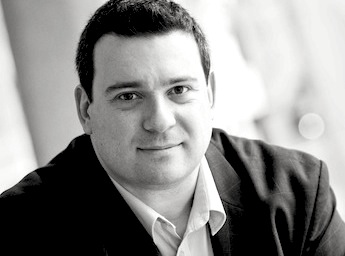 Imagine this: you have just persuaded your company’s top 500 prospects to join a real-life networking group that your company owns. This group meets weekly, and discusses business topics in a very engaged way.

To stack things in your favour, the business topics are ones that you specialise in.

If you were this group’s manager, you would build strong relationships with your prospects. And by demonstrating expertise in the group’s business topics, you would probably generate a large number of meetings and sales over time.

The problem is, it would be nearly impossible to create this type of group in real life.  Even if you could somehow persuade your top prospects to join your group, you would also have to cope with the enormous logistics and costs of running a group of this size on a weekly basis.

With millions of members, and highly scalable platforms, social networks allow companies to create digital versions of real-life groups like the one described above.

The best example of this is a LinkedIn group.

LinkedIn groups allow companies to pool their prospects in one defined forum, and engage them with content and conversation. As a group manager, this gives you an opportunity to interact with your members and exploit the powerful engagement models of LinkedIn groups.

What are these engagement models?

Another key benefit is positioning your company and group managers as thought leaders. As group managers consistently demonstrate their experience in the group’s theme, they emerge as subject matter experts in their field.

The engagement models of LinkedIn groups, and the ability to position oneself as a subject matter expert, helps to build the group manager’s brand awareness and trust among group members. It also creates virtual relationships that resemble those in real life.

Group managers can then leverage these relationships to generate leads, in several ways. For example, by posting content that links back to their own company’s website, converting group members into leads, or, by approaching members and asking them to meet in person, generating outbound leads. The latter has an especially high ratio of meeting requested to meeting secured.

Social networks, and LinkedIn groups in particular, have turned lead generation on its head. It used to be that the number of relationships you enjoyed was limited to the number of people you could meet. Now you can build hundreds – even thousands – of relationships with prospects before you even meet them, then leverage that trust by reaching out to prospects you do want to meet.

This new approach to networking is not only scalable; it can also shorten your sales cycles. After all, you are meeting prospects that already know and trust you. The relationship, albeit virtual, is already there. And their membership in your group qualifies their interest in what you offer.

The most important tip for building a successful LinkedIn group is this: define your target audience first. Who are your prospects?  And what are their core problems?

Once you identify these, your second most important task is naming your group. The secret lies in giving it a name that sounds as if it could address your prospect’s core problems.

Remember, each of your group’s members represents future business for your firm. So love them to death with the very best content, discussion, and friendship, and you will soon experience the business opportunities that LinkedIn groups provide.

Tom is the founder of Skotidas, the first agency in Asia Pacific to specialise in B2B social media lead generation. He and his team generate B2B sales leads through social networks for blue chip B2B companies across Australia, New Zealand, Singapore, and Hong Kong.