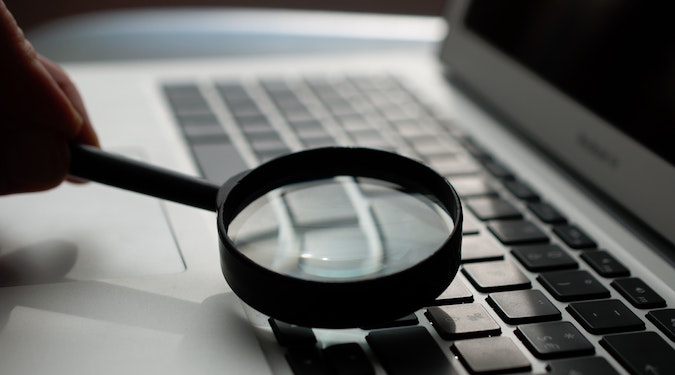 Andrew Kolb and Alison Tilling use a Brand Asset Valuator to analyse the successes and downfalls of two iconic Australian brands in a volatile business landscape.

The past month has been big for iconic Australian brands. There was the announcement of the end of Holden, a brand that has had a huge impact on Australia’s history and culture – a warning sign that any brand from any category can be at risk, not just small retailers who’ve had a bad Christmas. Yet it was in the notoriously tough retail sector that we saw a story at the opposite end of the scale, with the continued success of JB Hi-Fi.

Win, lose, grow, contract… the brandscape is as complex as ever.

This complexity is often hard to explain and yet for those of us who work to build or grow brands, and those that work within the brands themselves, an explanation becomes increasingly important. How do we ensure we don’t make the same mistakes as brands like Holden?  How do we ensure we instead resonate with Australian consumers, year on year, like JB Hi-Fi?

Using VMLY&R’s Brand Asset Valuator (BAV) study, a global brand research that has been conducted for the past 25 years, clearly shows two contrasting tales in terms of JB Hi-Fi and Holden.

Let’s look at the success story first – JB Hi-Fi. Retail’s a tough game and JB Hi-Fi has consistently outperformed the market for the past few years.

JB Hi-Fi’s earnings call detailed its competitive advantages which appeal to its target ‘young, tech-savvy demographic’ and its supplier partnerships, with Apple and Telstra being key.

If we look at these in conjunction with BAV, some interesting insights emerge. Comparing 2016 to 2020 data on the 48 image attributes, what’s grown the most for JB Hi-Fi are attributes most brands would be jealous of: ‘dynamic’, ‘intelligent’ and ‘best brand’.

Declines, on the other hand, are in more obvious customer service areas: ‘helpful’, ‘friendly’ and ‘trustworthy’. Yet expert commentary attributed much of JB Hi-Fi’s success to its continued focus on great customer service. So what’s going on?

JB Hi-Fi has been smart in developing and positioning the passion and expertise of its team. That’s vital when the target demographic is also tech-savvy: staying one step ahead, to be seen as ‘dynamic’ and ‘intelligent’, is more important than simply being friendly or helpful (and even on those attributes that had seen its biggest declines, JB HiFi saw a far smaller rate of decline than many other retailers).

Where JB Hi-Fi has really delivered is in ‘differentiation’. While its rank in this particular BAV pillar did decline between 2016 and 2020, that decline is just seven percentage points, far lower than the average decline. Think about that. To continue to carve out a differentiated place in people’s minds through the arrival of Amazon, Netflix and the growth of Apple stores is a monumental achievement. Differentiation is much more difficult to achieve when you’re not new, and when your core sales are being systematically eroded.

One shopper we spoke to said, “I feel yellow after I’ve been in there, with all the tickets and all the enthusiasm from the staff”. Yellow may not be a traditional brand health measure, but JB Hi-Fi is a market leader in owning its strengths and distinctive assets and fine-tuning them with the market.

On the other end of the spectrum is Holden. BAV measures brands against four key pillars: ‘differentiation’, ‘relevancy’, ‘esteem’ and ‘knowledge’. Differentiation can be a key indicator of a brand’s relative ‘energy’ in the market. In 2016 Holden was not only a category leader but an overall leader. It ranked in the top 20% of brands in the whole Australian study for differentiation, and in the top 10 for brand strength within the automotive category.

Yet in the latest data, gathered before the closure announcement, Holden’s brand differentiation had dropped to the bottom 20% of all brands in the study, and it was bottom 10 on brand strength in the automotive category, sitting alongside far less well-known brands like Citroen and Renault.

Well, Holden stopped making cars. That’s, of course, a major factor, which also indicates that people valued its role as a manufacturer, not just a brand. But the implications are wider because Holden is still in the Australian brandscape. In short, Holden got tired. It stopped innovating and relied upon its heritage to drive brand love. It continued its investment in partnerships equally undifferentiated, Rugby League (which it won’t surprise people to know, also faces a massive challenge around ‘relevance’ and ‘esteem’). This change was reflected across the 48 image statements BAV also measures. ‘Innovative’, ‘dynamic’, ‘distinctive’ and ‘unique’ saw the biggest declines for Holden between 2016 and 2020.

Holden didn’t show Australia what it was going to mean and be in the future – and now it won’t get the chance.

While there is much debate around ‘differentiation’ versus ‘distinctiveness’ in the word of brands today, BAV has shown us that when your brand isn’t somehow set apart in the minds of people, your brand is in a dangerous spot.

Where to next for brands contemplating their future in this challenging Australian marketplace?

It’s crucial to know a brand’s strengths and its weaker spots. It’s important to put these in context – which ones are different to, or more pronounced than, other brands in the category? Then, like JB Hi-Fi, understand how to tap into these truths in ways that are relevant to particular audiences – and keep telling and evolving that story over the long-term. Sound hard? It is hard, but it’s also potentially powerful and rewarding.

Andrew Kolb is the strategy director at VMLY&R

Alison Tilling is the chief of strategy, AU-NZ at VMLY&R

Photo by Agence Olloweb on Unsplash.