Multicultural communication holds the key to audience engagement and growth

Multicultural communication holds the key to audience engagement and growth 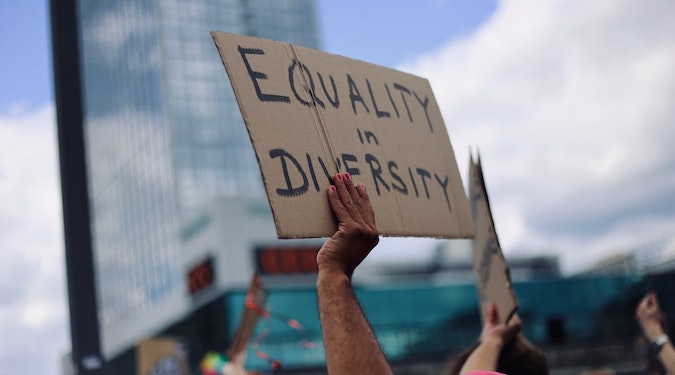 There is a cultural shift upon us. It is no longer the responsibility of individuals alone to be mindful of appropriateness when it comes to multicultural communication. Mark Saba looks at how we are seeing the responsibility shift onto brands and organisations to be aware of Australia’s growing cultural diversity. With this knowledge, how to move towards a more inclusive and authentic way of communicating.

These numbers are rapidly changing; the proportion of people born in China and India has increased since 2011 to 2016. Of the over six million people born overseas, nearly one in five (18 percent) had arrived since the start of 2012. With the 2021 Census data due out from June this year, we can anticipate that these numbers will continue to increase dramatically.

However, most companies are ignoring multilingual marketing. This is a huge missed opportunity to secure long-term customer loyalty while building brand trust.

Deep and authentic multicultural marketing comes at a surprisingly low cost. Translating a single product brochure into another language costs between $100 and $200. So what do brands need to know in order to engage with this diverse and growing audience, and what are the first steps to implementing an inclusive marketing strategy?

The philosophy I would love to table here is more of an intercultural approach. Interculturalism refers to the idea of a brand being more responsible for enacting change and making inroads into connecting various cultures. Rather than working in isolation, interculturalism sees brands working with different cultures simultaneously. This helps better understand and represent communication.

Culture doesn’t happen in a vacuum. Culture is a culmination of several things: it’s how people and communities approach, celebrate and talk about things like family and family nuances, intergenerational engagement and generational change, education, religion, language, national identity and much more. It’s these intercultural nuances that brands must be aware of, and start to understand and engage with simultaneously, in order to engage with a wider audience.

A lot of people from intercultural backgrounds, who live in Australia, have to contend with a melting pot of cultures, practices and ideas. As a result, everybody’s culture varies slightly. So the philosophy of intercultural communication is really to understand those nuances and be accepting of the fact that as a brand, you may not know everything. Opening up the dialogue and being able to engage with people and communities on an intercultural level, will give you and your team an authentic lens.

Traditionally, the golden rule of marketing is that you should know your audiences. Yet, so few brands who engage in multicultural marketing really understand their audiences. Too often, brands are applying communications at a language level, but not thinking further than that.

It’s imperative for any marketing team to be mindful that communication should be a culmination not only of language, but of context and culture. Translation is more than just words; it’s about finding the best way to communicate the message and that comes with engaging people in-community to authentically convey your message.

Currently in Australia, a lot of multicultural communication is done with an individualised emphasis. Individualism prioritises the idea of meeting the needs of individuals rather than the group; independence, meritocracy, uniqueness and standing out – these are individualist cultural nuances that exist in cultures that tend to be ‘western’ viewpoints.

A lot of multicultural communities in Australia are founded on collectivist cultures (Arab nations, Central Asian, South East Asian and African nations, for example). Collectivism talks more about the idea of the family unit or people working in groups. Concepts like co-operation, dependency, generosity, helping community. These behavioural expectations are more prevalent in collectivist communities.

When communication goes out that doesn’t have the right cultural context, then that’s where a lot of problems may arise. Brands are applying their own viewpoint and applying it to environments that are not appropriate for these types of communication.

If we think about communication in general, particularly if we’re talking about something like a pandemic, then brands really need to think about marketing strategies. Ones that embrace the cultural and contextual nuances and deliver messaging appropriately.

First, adopt an intercultural mindset and get everyone in your team or business on the same page. Not just at a service level, but to integrate into each culture and consistently draw on that mindset. Know your audience.

Be critical about the limitations of your current communications strategy and how this is being created. Does it draw on an authentic awareness and understanding of your audience? If you don’t have the awareness currently, then create a mindset that thinks about audience engagement in that way.

Engage with the people that you want to talk to, or find people that can guide you through the process. Think, cultural strategists, advisory groups, multicultural communications professionals.

Establish a rhythm, so there is more checking and measuring and testing and making sure that you’re getting that two-way dialogue when it comes to community. And importantly, do that before the communication goes out so you’re not reactive, you’re proactive.

Mark Saba is the CEO of LEXIGO.

Tags:
Previous Article
The best IKEA campaigns
Next Article
Is this the future of models?