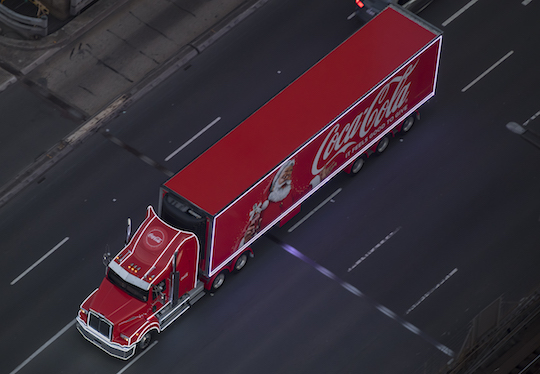 A number of health bodies have joined forces in an attempt to end the journey of Coca-Cola’s Christmas truck.

The collaboration, led by Parents’ Voice, believes the Christmas truck tour – currently underway in partnership with The Salvation Army to deliver ‘surprise and delight’ moments to regional towns – is a technique to disguise Coca-Cola’s marketing techniques and target children.

The tour has received opposition since it began in November.

“The truck is essentially a giant mobile billboard marketing unhealthy products to vulnerable communities,” says Parents’ Voice campaigns manager Alice Pryor. An open letter expresses disappointment in the Truck’s visit to Tamworth. The New South Wales city has high levels of overweight and obese people, with 73.9% of its adults either overweight or obese.

According to the Coca-Cola and The Salvation Army partnership, the locations for the Truck’s visits – along with the gifts and events most needed for each region – were decided upon with involvement from The Salvation Army.

While it is already underway, the group of health bodies still hope to put it to an end – particularly before it reaches its final destination: Sydney’s Carols in the Domain on 17 December.