The neuromarketing debate: a harsh criticism and fervent defence

The neuromarketing debate: a harsh criticism and fervent defence 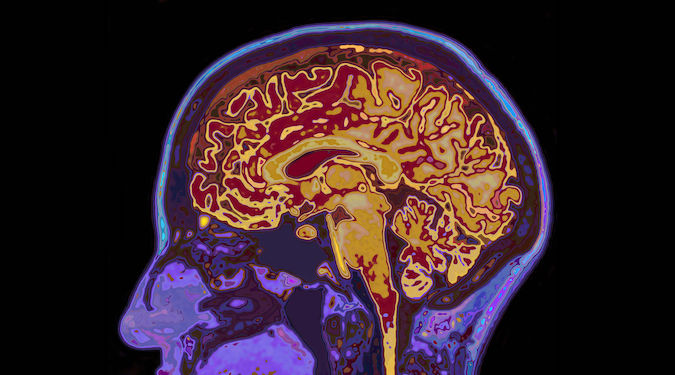 As neuroscientists and practitioners in the field of applied consumer neuroscience or neuromarketing, we were surprised at the apparent naivety and ignorance of the statements about this field that were attributed to Jared Cooney Horvath in the article titled ‘Neurotrash! Sifting through the science and nonsense of neuromarketing’.

While we welcome informed debate and critical evaluation of the claims made in this field, we regret to advise that the term ‘Neurotrash’ is probably a term best applied to the article itself! Although this is harsh criticism, the criticism we offer is informed by the scientific literature and peer-reviewed scientific contributions to this field made by the authors.

We start with a few brief comments on some of the more outlandish and, frankly bizarre comments attributed to Cooney Horvath before offering a detailed and referenced response to other claims. In selecting the most bizarre comments in this article it is difficult to go beyond two statements made about the brain.

In discussing attention, Cooney Horvath is quoted stating “attention doesn’t happen in the brain” and in discussing behaviour, he opines “The conception of the brain as being a driver is essentially wrong.”

So, if the brain is not involved in determining attention or behaviour, what is? With a few throw away comments, Cooney Horvath appears to dismiss some 200 years of neurology and neuroscience research.

Other statements such his apparent confidence in dismissing the large body of cognitive neuroscience literature (and Nobel prize in economics) pointing to the important role of emotional and nonrational processes in decision making is also curious if not bizarre. His quaint confidence that all one needs are questionnaires to determine the effectiveness of advertising is not supported by evidence.

The article is unfortunately replete with statements that are either gross overgeneralisations, or just plain wrong. We regret offering such harsh criticism as we welcome informed criticism and believe the field can only improve with the critical evaluation of the claims made by commercial vendors in this field.

The following sections of our reply addresses in more detail the various claims and statements made in the article.

Claim: “Tools like EEG, MRI and NIRS (near infrared spectroscopy) are all highly reactive. A subject sneezing or even blinking can send a recording out of the window.”

The influence of ‘noise’ or ‘artefacts’ has been known about for decades and we have protocols that reject artefacts and noisy data. Sneezing and motion artefacts are easily detected and corrected as mere transient loss of data, not loss of whole data sets. This is not a big problem for neuromarketing studies, or neuroscience in general.

This is true, although there is an overlap between brains that show similar response patterns across individuals. This is why we can even do basic neuroscience studies: most brains behave in the same way, allowing statistical analyses of aggregate brain responses to certain stimuli. Also, individual differences in brain responses are not merely random, but often systematically so, and is something that can be studied as a separate topic (Ramsøy & Skov, (2010).

Related claim: Findings from one brain scan cannot easily be applied to other people, let alone groups of people.

This claim would invalidate most areas of neuropsychology and cognitive neuroscience research. This is a purely unscientific claim. The most obvious interpretation of this claim is that neuromarketing methods test stimuli on
a single individual, and then extrapolate these results to the population. This is a false claim. Quite the contrary, most neuromarketing companies hold a recommended minimum sample of 30 participants from a coherent group, and then multiply this by the number of groups tested.

Many studies that are done are therefore testing cohorts of 120 participants and higher. One study soon to be published using EEG and mobile eye-tracking tested almost 1000 individuals for an hour each. Thus, these numbers far exceed what is most often done in academic research.

Claim: we are not irrational when making decisions, “these are random, few and far between moments.”

There is a vast literature, and a couple of Nobel prizes, honouring the work that consistently shows that on many and vital decisions and behaviours, humans deviate from utility maximising (“rational”) choices. To claim otherwise is to put forward a blatant lie in the face of decisive evidence.

This is an absurd statement.

Claim: “All of the neuroscience tools, except for one, undershoot questionnaires by about 30-70%” in terms of accuracy and insight.”

Where does this number come from? There is no citation, and it is impossible to address. To the contrary, scientifically published studies indicate that appropriate neuroscience methodologies can predict market responses better than self-reports (e.g. Berns & More, Boksem & Smidts, Dmochowsky et al 2014, Knutson et al 2007, Falk et al. 2012).

Neuromarketing methods do not try to replicate what can be achieved through surveys. Instead, neuromarketing measures other types of responses that are transient, typically subconscious, yet strong drivers of consumer behaviour. Surveys definitely serve multiple purposes in market research but predicting whether a marketing stimulus will have effect on behaviour is not one of them.

Claim: ‘“The conception of the brain as being a driver is essentially wrong,” says Cooney Horvath. The brain doesn’t dictate behaviour, it is responsive and reflective of our behaviours.’

If the brain is not the driver of behaviour, what is?

To deny that our behaviours, from the smallest reflex to the most well-planned action, do not first happen in the brain and then being executed in the body, is at odds with the entire literature of neuroscience. To claim otherwise would be associated with a philosophical dualism or parallelism that is only entertained in deep, dark corners of philosophy.

Even within the type of research that Cooney Horvath has been most active, transcranial magnetic simulation (TMS), it is clear that stimulation of the motor strip leads to contralateral body activation. To say that the brain does not cause behaviour is as odd as to say that the earth is flat.

Claim: “Any time a neuromarketer comes out and says ‘we can tell you’re forming a memory’? No. You cannot” Memory is a very long process. To measure if a subject has formed a memory takes weeks, and to know if they have in fact done so, a marketer would still have to ask them or test them.

There are reliable brain responses that indicate when information that is being processed is more likely to be remembered later (Buckner et al 1999, Paller et al 2002, Silberstein et al 2000).

By tracking this activity over time, it is possible to compare conditions and events on what is contributing more to a given memory. True, it is possible to suffice to ask what people are remembering. However, this is only one type of (declarative) memory, and such memories do tend to fade rapidly over time.

Other types of memories may not register as explicit conscious memories, but still lead to changes in behaviour. An extreme case of this was demonstrated by Pessiglione et al 2008, who demonstrated that subliminally presented cues could improve people’s choices without their awareness, and that this was driven by subcortical structures such as the
basal ganglia. This demonstrates that “memory” broadly defined cannot solely rely on conscious memories, as these are fragile aggregates that only represents what people are willing or able to share.

Claim: ““Trust me,” he adds, “if the person doesn’t know, their brain’s not going to know. You’re not going to magically find the answer in their breathing pattern or in skin galvanics, lie detectors, in the brain or in the body.”

This claim ranks high on the bizarreness scale. Apparently, Dr Horvath suggests that we are conscious of everything the brain is doing and that there are no unconscious processes. This notion is contradicted by over 100 years of psychiatry and neuropsychology research.

Claim: ““Marketers should be sceptical of anyone selling neuromarketing. “The first question you ask anyone who says they’re a neuromarketer is ‘Great, where did you get your neuroscience degree?’ Cooney Horvath hazards that “99% will say, ‘Oh, I didn’t’, because they don’t do neuroscience, they do marketing.”

We do indeed agree that there is a need for properly trained neuroscientists to be heavily involved in consumer neuroscience companies. However, this is old news, and as organisations such as the Neuromarketing Science and Business Association (NMSBA), the Advertising Research Foundation (ARF), European Society for Opinion and Marketing Research (ESOMAR), and others are establishing and maintaining recommended practices for this industry, and this includes the use of properly trained neuroscientists.

Most companies today all have research neuroscientists (at the PhD level and with years of neuroscience experience) as their core scientific team and some of their publications relevant to this field are included in the reference list below.

Having said that, it is also critically important to have people with a marketing background in the core team. We should also note that we are especially aware of questionable vendors in the industry that produce unsupported and grandiose claims. The services provided by such vendors are fundamentally unscientific, and initiatives by the above-mentioned organisations provide recommended guidelines for both providers and clients of neuromarketing solutions.

In addition, a forthcoming paper by one of us seeks to establish a strong scientific grounding for this industry that mixes academic and applied research (Ramsøy, forthcoming).