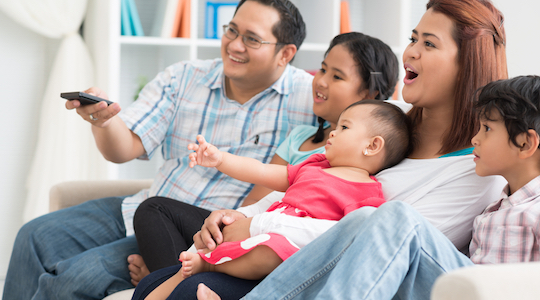 A report has shown that more than two thirds of online Australians over 16 will be watching video on demand (VoD) by the end of 2016, but TV remains the dominant medium in Australian households.

Nielsen’s ‘18th Australian Connected Consumer Report’ forecasts that 67% of online Australians will be watching VoD services by the end of the year.

VoD usage at the beginning of this year sat at 59%, after a 4% increase in 2015, and looks to be growing steadily.

89% of the online population watch traditional broadcast or time-shifted TV, cementing its position as the dominant format.

TV catch up services – like SBS On Demand and ABC iView – are the most popular form of video on demand, with 39% of Australia’s online population using these services.

“The TV screen is a central part of the Australian home, and people want to watch content on large screens for the best experience possible,” says Zrim.

“While traditional TV remains dominant, Australians are viewing more video content across the various catch-up and subscription services because there is more choice, more up to date content and appealing exclusive content. This is driving a real interest in trialling and subscribing.”

Pirated content dropped 10% in 2015, due in part to publishers offering VoD content at competitive prices and delivering overseas content faster than previously available via television, and ongoing federal government crackdowns on pirate sites.