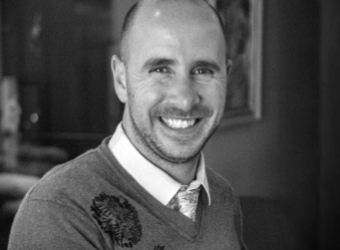 In your career, you’re bound to come across people who are obnoxious, competitive, rude, stubborn, and quirky. At times, things are smooth sailing and everyone is great. At other times, things are a little bumpy and I have come against some interesting people with harder to navigate personalities.

Needless to say, when working with all kinds of different people, from all walks of life it is only natural some of them will be difficult. These kinds of people can derail an idea or worse, the morale of those around them.

1. Consider your own contribution

Conflict is never 0% the organisation and 100% the other person. I found this with a colleague some years ago; I thought this person ‘just didn’t get it.’ After a discussion, I realised that while I thought I trusted this person and was simply leaving them to get on with it, this team member actually felt abandoned and isolated. A good wake-up call for me: I was the one who had to change! We began working more closely together, and I had the pleasure of seeing a colleague I thought was difficult blossom into a highly valued member of our team – one I would have lost otherwise.

Einstein said that insanity is doing the same thing over and over but expecting different results. So how can you change? When I was starting out I worked with a company that was constantly late in paying invoices. Many a supplier had been left in the dark about their business matters and monies owed, including me. Whenever I called to politely chase payment, I was told, ‘the cheque’s on my desk right now, on its way shortly!’ But the cheque never arrived in the mail. (These were the days before electronic banking.) After this repeat conversation, I dropped the nice guy routine and abruptly demanded: ‘Cheque’s on your desk is it then? What’s the cheque number?’ Sometimes confrontation is unavoidable. You need to be able to stand up and stake your claim in the right circumstances.

In business and in life, there is nothing worse than someone who cannot apologise when they’ve made a mistake. If you are in the wrong, say so and apologise. Apologies can be a very powerful way to clear the air.  A lot of lawyers are frightened of the apology – they think you’ll end up with a lawsuit. But the moral imperative is to do the right thing and take ownership where you have not been able to deliver on expectations. Apologising in person is a stronger approach, and say it like you mean it. A disingenuous apology is worse than none at all.

I’m a big believer in the approach that it’s better to work with people who are OK technically but 100% committed and motivated, rather than people who are 100% competent but have the wrong attitude. Attitudes can be fixed but it’s much more difficult to change the personality of someone who is lazy, negative or disengaged. It’s relatively easy to give technical skills to someone who wants to learn. So personality is a huge consideration right from the beginning.

I used to make the mistake early in my career that if there was a contract in place that spelt out what everyone was required to do, that would be enough. I now know that the last thing you want to do is try and pull out a contract and say, ‘but look, clause 14, subsection (e) says…’ – it’s already too late at that stage. Sure, legal agreements might be a corporate necessity, but that’s how I treat them, as a necessity. However, the way I approach people and business now is much simpler: can I trust this person and do I actually want to work with them? If the answer is yes, you’re destined for a great long-term relationship. If the answer is no, don’t get fooled into thinking: ‘in the short term I need the resources…’ as it’s only going to give long-term pain.

We know the saying: prevention is better than cure. But do we actively practice this mantra? A lot of disengagement comes from a staff member or colleague feeling under-appreciated for hard work they have done. Once this occurs, it’s hard to undo. A recent study in the UK (by ILM, the largest provider of management qualification in the UK) found that 87% of working individuals rated job satisfaction as more important than a pay rise. It is generally underestimated the importance of job satisfaction. If your attitude is: ‘I give my staff a pay cheque so they can do the work,’ you will have disloyal staff and poor retention. Money is not everything. Having a strong, positive culture, recognising staff performance, and looking at positive ways to communicate improvements is the best medicine to preventing people becoming difficult in the first place.

It’s important to face facts – as great as it would be, we cannot get along with everyone. Similarly, that difficult client is probably not going away and that rude colleague is unlikely to quit, so don’t daydream about fanciful solutions that aren’t realistically going to happen.  Sometimes it’s best to just accept that this person or situation isn’t ideal and despite your best efforts, accept that the situation may not change and get on with your day as well as you can. If you’ve done all you can to work with a person who is causing you grief and there’s nothing more that can be done, sometimes this is a very clear sign it’s time for change and ensure you speak with business partners, entrusted advisors and key colleagues about the best path forward.