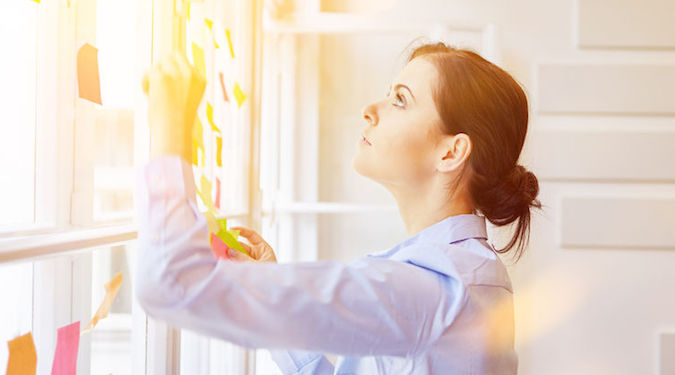 Jac Phillips asks a group of industry leaders about big ideas and how we can all have more of them.

This article originally appeared in The Generation Issue, our June/July 2017 issue of Marketing magazine.

If the true meaning of an ‘idea’ is a thought, conception or notion, then every single human being on our planet is constantly ideating. (Except maybe my husband because when I ask him what he is thinking he usually says ‘nothing’! It drives me nuts – how can he be thinking nothing? ‘Denial is not a river in Egypt,’ I remind him…)

Generating great ideas is big business today. We have innovation labs, creative think tanks, makers’ spaces, collaboration hubs and a whole raft of other fancy-named places with the purpose of bringing people together to creatively solve problems. This is a bit of a phenomenon of our time – not the coming up with ideas, but the conscious setting up of environments to take advantage of diverse thought, which comes from connecting and collaborating.

Corporate Australia is getting its ideation groove on, with all of the big banks and a raft of other top, listed organisations speaking publicly about areas they have developed to experiment with new ideas in ways they haven’t previously. Telstra set up its Gurrowa Innovation Lab around 18 months ago.

National Australia Bank spawned its NAB Labs around the same time. And Qantas has just launched its AVRO Accelerator, an initiative giving start-ups the chance to work with Qantas mentors.

It seems most of the ‘ideas’ spaces mentioned above have been informed by start-ups and how they think and act. Start-ups and large Australian corporates had little in common last time I looked. What I am noticing more and more, however, are the two parties coming together for mutual good and a critical theme: the three Cs.

If you haven’t discovered David Shing (aka Shingy) yet, do yourself a favour and Google him. He’s an Aussie with wicked hair, living in New York, who’s held various top marketing jobs at AOL for the past 10 years. He’s a thought leader and self- proclaimed ‘digital prophet’; I recently shared an article via LinkedIn that featured a talk he did at Cannes.

Shingy says the world we live in runs on three things: culture, code and creativity. Summarised this is what he means:

Transformational brands amplify culture and code in ways that cut through. So putting the three Cs together, transformational brands create a culture that is exciting and appealing to others. These brands then use code to connect with their consumers and, by tying culture and code together in creative ways, they are able to delight customers and captivate their attention. These are what we know as transformative brands.

What do the ideas experts say? I went out and spoke to a few well- known ideas people (starting with my boss, of course!) and here’s what they had to say.

On how we should create fresh and different ideas

“Look outside, not inside,” says Freddie Covington, senior vice president marketing, Visa Asia Pacific. “Talk to people who are not your customers – they often have a fresh and simple view of things.”

While the initial idea is important, so is the next part, says Mark Ritson, adjunct professor of marketing at Melbourne Business School: “There is a lot of crap about Steve Jobs and Henry Ford not using research to ideate. It’s simply not true. What they didn’t do was ask the customer what they wanted next; that’s plain stupid. The consumer really does not know what they want next, as Jobs pointed out, but what he and Ford did was use research to assess and improve the initial idea.”

Ros Willett, managing partner at Willett Marketing, recommends attending as many festivals and arts events as you can. “The arts are at the cutting edge of creative thought and ideas. Figure out which are the quality ones being curated by interesting people. These experiences are fertile ground for new ideas, applications of current technology and the general zeitgeist.”

Ken Segall, former agency creative director for Steve Jobs and author of Insanely Simple, says, “I never trust anyone who says, ‘Here’s how you come up with fresh new ideas.’ We’re all wired differently. For me, technology is the essential tool. If I have an idea on the road, I instantly email it to myself to make sure it isn’t lost. Just a word or phrase will do,” he says.

Alex Speakman, managing partner and director of strategy at Saatchi & Saatchi Melbourne, offers three pieces of advice around how you can drive unique ideas:

Where you were when you came up with a creative idea and were you able to bring it to life?

Covington says that, like with any good idea, a lot of consumer research was conducted. “Perhaps the key inspiration came from when we took a group of tweens – people we don’t typically talk to as they are not yet banked – through our innovation centre and they simply said, ‘Really? That’s what Visa is?’

“This gave us the impetus to redraft our story in a manner more thought provoking and set up our technology and payment capabilities in a way that truly reflects the incredible range of what we do and the transformations Visa enables businesses, startups, people and governments.”

In mid-1998, Steve Jobs tasked Ken Segall with making a commercial to tell the world Macintosh computers were immune to the Y2K bug. “In my sleepy state, it struck me that HAL could look back at the crisis after it had passed, and communicate our message in an entertaining way,” Segall says.

“Fearing I would forget the idea – which I would have! – I ran upstairs to my computer and stuck a note to it. Successfully reminded in the morning, I quickly wrote a script, had a storyboard made and emailed it to Steve, who enthusiastically approved.”

Which person and/or brand do you think is a terrific example of creative idea generation?

“Red Bull is very in touch with its audience and trends, and it takes risks. It has also recast itself as a content brand way beyond their functional beverage category,” Covington says.

“One of the most interesting trends of our time is the advent of ‘idea companies’,” Segall says. “My favourite business leader today is Elon Musk, as his vision seems to work on the grandest scale of all.”

“Dyson,” says Gabrielle Dolan, author of Stories for Work. “It has taken air movement to completely reengineer other household items. With each creation they never lose sight of their high quality brand.”

“Kickstarter,” says David Shing. “A brand that not only promotes amazing ideas, but also raises money to build businesses through a network that actually care about the brand you want to create.”

So in a world where we have more screens, more messages, more channels, more connectivity, more customers, more data… my vote goes to the creatives able to hold our attention for more than 60 seconds. Check out the Geico Insurance six-second pre-roll ad from last  year and watch what happens when someone lets the camera keep rolling. Unskippable!

And of course it would be remiss of me not to ask my husband what he thought too. His response? The Egyptians!

To purchase a copy of The Generation Issue or a subscription to Marketing, visit the online shop »

Cut the clichés and use your brand to build a stronger team and business
Marketing Mag May 19, 2022