Job satisfaction: what to do about an Australian paradox

Job satisfaction: what to do about an Australian paradox 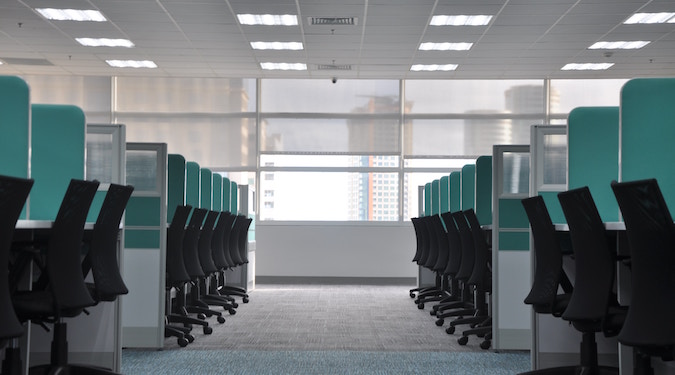 Is it time to introduce ‘chief energy officer’ to your job title? Michel Gomberg explores workplace disengagement, job crafting and how a leader can build a thriving organisation by thinking like a coach.

Imagine if your car’s engine operated at less than one fifth of its capacity? According to Gallup’s latest global report, that is precisely what is happening with the workforce. Only 15% of employees are engaged in their jobs, while a striking 85% are either unattached (67%) or actively disengaged (18%).

This means only a fraction of people are enthusiastic, emotionally invested and psychological owners of their work, with a disproportional impact on productivity, profitability and innovation. Conversely, the vast majority has a passive relationship with their jobs. They put time – but not commitment or zest – into their tasks. And, for actively disengaged employees , discontentment may even erode collective performance and organisational climate.

Improving job satisfaction is particularly important given the prevalence of mental health issues prevalent in some industries. According to Mentally Healthy 2018, a survey conducted among two thousand marketing, media and advertising professionals, more than half of workers in these areas present mild to severe anxiety (twice as much as general population), with a quarter exhibiting severe signs. Nearly one in five suffers from severe depression. Burnout has become such a common symptom that it is almost perceived as inevitable in this field.

Employees with good mental health typically recognise that their abilities are frequently used at work (in a strengths-based environment), where they have close relationships (high-quality connections) and perform tasks perceived as relevant (meaningful work). Gallup research shows that about 70% of the variance in engagement among workgroups can be attributed to their manager.

So our position as leaders, especially in marketing and creative roles, is rapidly turning into the ‘chief energy officer’. In this context, our mission is to create the conditions for individuals to identify and develop their talents, connecting them to organisational goals. Also, we need to stimulate an appreciative mindset towards diversity, moving from respecting differences to actually celebrating them.

A good chief energy officer is a leader with the skills of a coach. That involves the ability to ask provocative questions, listen mindfully, embrace emotions and ultimately help people and teams access their own resources to meet their goals. Such leaders avoid generalisations and seek individualisation in their effort to truly understand the human beings in front of them, going far beyond transactional work relationships. In essence, they adopt a more humanistic approach that modern researchers consistently associate with superior organisational performance.

One of the most effective techniques to create this virtuous environment is ‘job crafting’, which is based on the principle that the job of our dreams usually can’t be found – it must instead be created. That requires an agreement between managers and teams to adjust roles to people (not solely the opposite), reallocating parts of the tasks according to skills. This approach addresses a very basic human need of autonomy (a powerful source of intrinsic motivation), leading to sustainable engagement and superior performance.

Job crafting starts with an exercise to reveal our superpowers: things we constantly do well that also energise us. Surprisingly, while strengths can be exponentially improved, a higher emphasis on fixing the gaps leads to poor productivity and disengagement. However, most people are unaware of their strengths due to a natural inclination of the human brain to focus on what’s wrong (which scientists refer to as a ‘negativity bias’).

An effective technique to challenge this tendency is to reflect about a specific event when we were at our best and try to identify what strengths were displayed. Then, share the story with a partner and ask the person to spot the qualities demonstrated in the episode (it’s also a great way to foster mindful listening). This step will probably reveal some blind spots, as we often take our strengths for granted because they come without effort. Next, in a group setting, participants share their partner’s stories as a way to cultivate positive regard.

Once people gain more clarity about each other’s strengths, managers and employees must agree on the tasks that could be redistributed. Typically, one may appreciate (and excel at) something a colleague perceives to be a burden. So, while it is unrealistic to envision an exact person-activity fit for everyone, over time, people start to notice an increasing opportunity to do what they do best (and enjoy) more regularly. Consequently, well-rounded teams are shaped with employees who shine where others struggle.

In Australia, the labour force is currently dealing with a curious paradox: employees consider their life satisfaction to be higher than anywhere in the world, but engagement at work is as poor as the global average. From an economic perspective, this indicates an untapped pathway for substantial GDP growth. From a human perspective, it represents a magnificent chance to elevate self-worth and a sense of fulfilment. Hopefully, realising such enormous potential will be the legacy of an emerging breed of chief energy officers.

Photo by kate.sade on Unsplash