Powerful change is happening across industries when it comes to embedding sustainable practices and taking responsibility for the treatment of people and the planet. Some are being pushed by consumers or employees, and then there are those who are leading the charge.

This week Warren Davies speaks with Jamie Forsyth, the founder and CEO of Returnr, a company dedicated to removing single-use packaging from the hospitality industry. Jamie has been passionate about reusables and packaging waste since co-founded KeepCup in 2008.

Warren: In 2021 we’re asking more from business – to reassert what their license to operate is. I’m interested to know if you’re seeing more of that either in your personal or work life? 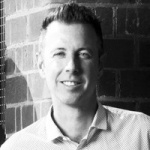 Jamie: I get told off a bit by the wife, because I’m too apparently too ‘full on’. I have a friend who’s actually a liberal senator who I’ve gone toe-to-toe with quite a number of times in recent days.

I’ve got lots to say on this. My sustainability journey started with KeepCup which I started with my sister in 2008. I think it gets used about 9 billion times a year, KeepCup. Before that we owned Bluebag, a convenience led food business. We were one of the first businesses in Australia to bring coffee cups into Australia. So at the time Starbucks wasn’t here, or Hudsons Coffee, it was Blue Bag and a couple of others really pushing that kind of ‘grab and go’ style eating.

I think it’s definitely becoming more prevalent. The sheer number of young grassrootsy businesses that contact me, maybe they want Returnr or maybe they want advice. They are all looking for purpose in the jobs that they do.

It’s probably the greatest legacy being part of KeepCup, it got people to look up a little bit and say, ‘Hey, you could create a commercial enterprise that looks great, is a fun environment to be part of’. And  it can put food on the table and it can challenge conventional thinking, whatever your industry you’re in.

I’m curious, do you think that this conversation around the ‘social license’ for businesses has been well received in business circles? Are we happy to be talking about this or is it a distraction from service, product, customer, brand – all the things that we’re familiar with?

I’ve seen the mandates within large organisations empower their sustainability officers. Their power has grown. Maybe some businesses are dragged over the line kicking and screaming. I can certainly think of some businesses – I really disliked their approach because they’re huge polluters particularly around packaging and yet they do one little thing and they’re patting themselves on the back. Like they’ve reinvented everything. They take a bit of oxygen out of the room.

There are other businesses working quietly behind the scenes and when I’ve scratched below the surface they’re actually doing a lot. They never mention anything about sustainability. They just don’t see it as part of their main business.

McDonald’s is one of them, surprisingly, they do a shitload of work. Yet they never talk about it much because it’s not part of their core business. They’re into selling burgers. But they’re not patting themselves on the back every five seconds going, ‘Oh, look, we changed our straws’. They just do it. And their impact is enormous.

Last century the economist Milton Friedman said business has only one responsibility, which is “to use its resources and engage in activities designed to increase its profits. So as long as it stays within the rules of the game”. Is that true today, we do what we can within the law?

Well, I’m a bit of a libertarian at heart and I think the answer should be yes, but it’s a question of, would you want to, and, is that the sort of business and person you want to be?

The important thing about ‘the level playing field’ [for business] is that it’s not level. It appears like it’s level, but if I’m Coke and I’m producing a squillion bottles and I’m chucking them all out, I don’t take responsibility for that. That’s not a level playing field. At Returnr, we take all that stuff back. It gets washed, it gets reused. Whereas they effectively push all their costs on to other businesses. And individually as a taxpayer, I am basically paying to clean up their waste.

Where is leadership on our long-term plans in Australia do you think?

I’ve seen corporate Australia rise to the challenge on a lot of things but there’s clearly a lack of leadership at a governmental level. I think I’m too dumb to understand why that is – when I see government sort of leading and creating a poor atmosphere for corporates. Governments: if you can’t do it, then get out of the way. Where is the guy who can?

Because in my world there seems to be plenty of people who are absolutely smashing it and who just seem to run through every wall that’s put in front of them. I’m an Amber customer and I love that model. It’s awesome. And I’m on their bloody app, every two seconds. The whole experience has just been exceptional and they clearly like building a whole new paradigm around that. I look at those sorts of people and think, well, they’re doing it, they’re creating this whole new thing. Why isn’t everyone?

How do you balance getting people to fork out more for food transport when it’s so easy to not do it, the short term activation of people to opt in to what you do vs the long-term? Are the approaches different?

Most of our customers know it’s a journey and that it’s more than a product. Returnr is a whole service. We try to deliver our packaging at less cost than the single use stuff, we want to create a commercial case for using it. So the trigger for someone wanting to do it is often the environmental stuff.

But in order to keep them long-term you need to be competitive, so you need to meet the financial objectives of that business. The journey (for business customers) is taking them from that first order, which can go wrong. But you have to convince them that you are going to improve over time and if they stick with you, then you’ll go there.

What we’re trying to do is reduce that friction at every store, we’re trying to get that down to the point where the customer is not going to care that they’ve got to walk back to the cafe. There might be other mechanisms for you to return it or it might be that you might have to rinse it. These things are less trouble than having to take your garbage or, you know, managing the 50 million containers we all create.

Who is thinking long-term for business and for the planet with Returnr?

I’ve always been a little bit surprised at the kind of user who does care about the environment. The one that decides to take action by buying or using a product, whether it be KeepCup, Returnr or whatever. Although everyone thinks our younger people are more in tune with the environment, they’re at that invincible stage and they have other things that they’re interested in too. I see a wide demographic of engaged users and they can be of all ages.

Interesting. We’re seeing supermarkets and others charge 40 cents for a paper bag or a plastic bag to signal the right decision for us all…

It’s way more powerful than a discount. Way back with Bluebag we actually made people pay for coffee cups. This would be at least 15 years ago. Customers reacted badly. It was 15 cents or something. They REALLY hated it! At the time when we implemented KeepCup, we gave a discount to those who brought one. But people didn’t care. The psychology of pricing behaviour is really interesting.

Warren Davies is the managing director of All or Nothing.

Jamie Forsyth is the founder and CEO Returnr and BeetBox.