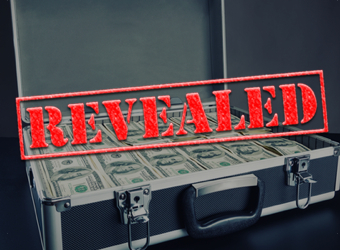 Your finance colleagues don’t care about total market share or brand equity, but they do see marketing as crucial to business. They even have some suggestions on where marketers can improve to grow their organisational influence. We chat with Macquarie University’s Dr Hume Winzar about the research that asked finance directors what they really think of marketing.

Accountability is the prerequisite for influence. It’s pretty obvious when said aloud, but there remains a big difference between what marketers say their measures of success are and what those in control of finance want to hear about.

Ask a finance director and she’ll tell you exactly the capabilities marketers need in order to grow their influence in the organisation. So that’s what researchers at Macquarie University’s Faculty of Business and Economics have done. And here’s the answer:

“We find, for instance, if we ask marketing managers what things they use to show that you’re doing a good job, it’s frequently things like market share, brand equity and various other sorts of standard [measures].

So to get an outside perspective, and to limit the scope, the research interviewed finance directors in technology companies.

Winzar talks us through the findings and discusses what marketers should be doing if they’re not already, and what the people that hold the purse strings really think of the discipline.

M: What prompted the study?

HW: [Gaskill’s] research starts with the proposition that the marketing department and sometimes the marketing function itself is not as well regarded as it should be by other parts of the organisation… engineering, manufacturing, finance.

[Gaskill] set about working out, first, is that true, and if it is true what are the reasons behind it, and then third, what’s the extent of the problem? And then to try to find out what it is that people within the organisation would like to see.

M: How did this research play out, and what were the key findings?

All sorts of things came out of it. Things that we might expect from finance people [weren’t supported]: their contribution to profitability, for example, and they said, ‘Na! We don’t see marketing being responsible for profitability… there are too many other things that can get in the way.’

That actually surprised us because we thought it would be something they’d regard as important, but they understand the system, that marketing doesn’t have control over cost, market fluctuations, and if you’re dealing internationally you don’t have control over exchange rates. So it’s improper to attribute profitability to the marketing people.

They’re not too interested in intangibles, such as, ‘How do people regard us?’ or various vague measures of brand equity.

Return on marketing investment is one of the major ones.

M: To that question in the premise of the research – ‘Is the marketing function well regarded?’ – what was the answer?

HW: Well, for the most part, finance people do regard the function as critical to their organisations. They see it as very, very important. [But] there’s a wide range of perceptions on whether they’re doing that well, which is what we expected.

In many ways it just came down to the personalities of the people who were involved, and also to the extent to which they communicated with one another in a meaningful way.

M: So one of the key points is that accountability is the prerequisite for influence?

HW: Exactly. And it shouldn’t be too surprising. If they regard what you do as worthwhile and you can show tangible evidence that what you’re doing is worthwhile, then the finance people are more likely to say, ‘You need another million dollars for this? There you are.’

When you say it out loud like that it’s pretty obvious but it’s something that many of us forget, that if you can communicate in the same language as the people you’re reporting too, then they’re more likely to regard you highly and give you what you need.

M: Would you agree that sometimes marketing departments are too introspective and don’t hold themselves to the same standards as other departments?

HW: That’s right, and those who recognise that they’re part of a complex system and that they everybody is contributing and that they need to communicate with those internal markets.

It’s crucially important. Here’s an example that one of the finance people said: “The analyst will sit down with the marketing team when they have their quarterly business reviews. They go through the results and the analyst explains how the results compare to each other so that we can look and say, ‘This one really works and this one doesn’t’.

So it’s a spirit of collaboration, recognising that the finance people and the analysts and the marketing people all ought to be working together towards the same end.

M: Given your role then, as a marketing professor, is it the educational side or the organisational culture/structure side that needs work?

HW: I think in the first instance what we can be doing is adding at least one more unit, or preferably building it into the units we currently have. The standard MBA with a major in marketing will have the usual business statistics, plus a marketing research plus marketing strategy, plus consumer behaviour, plus probably another marketing strategy unit, and a grab bag of microeconomics, management and accounting.

Undergraduate would be something similar. There’d be a sales unit, maybe a forecasting unit too and the usual grab bag.

What’s missing, and this came out mostly in the face-to-face interviews, was things like being able to understand and communicate some of the finance metrics. We have to caveat this with the fact we were talking to finance people, but they were asking for education along the lines of understanding basic forecasting and revenue analysis, being able to develop and track key performance indicators.

Importantly they emphasised, ‘Don’t let us decide your KPIs. You ought to be able to suggest your own. You have a better idea of what’s important to you. But if you don’t, then we’ll force one on you.’

Things like return on investment calculations, web traffic analytics, margin analysis and cost management, specifically: understanding where your higher costs are in sales, marketing and promotions [were all suggested areas where marketing education could improve].

Many of them lamented that too many marketing people don’t understand things like percentage margins.

When we looked at the capabilities that marketers should have, the big one was data analytics. That didn’t mean they needed to have degrees in econometrics or finance, but basically things like measuring and tracking marketing activities, and aligning those with performance goals. 82% said they wanted people to be able to analyse data and present it in a coherent way.

M: Is that 82% suggesting that capability is not already there in all of those cases?

HW: Oh goodness no. It wasn’t that it was a capability that was missing, but what we need. And if you don’t have it then you ought to get it.

[Education institutions are] putting out a good number of people, at least at the undergraduate level, that have only the scarcest level of skill in data analysis.

M: On the other side it’s got to be partly that within organisations over time marketing departments have been relegated to a particular role?

HW: Definitely, I think so. To the extent that marketing departments don’t take on a role that they ought to be taking then it gets given to somebody else.

Another hat I wear increasingly now is that I’m the director of the new undergraduate program we have at Macquarie University called a bachelor of business analytics, which is specifically designed to fill that gap in the workplace: people who understand business but can also do analytics.

We’re finding that a lot of big companies want this for their marketing people but they know that the marketing people can’t do it, so they’re trying to recruit people from within their IT department.

We’ve ended up with a rift between those people making marketing decisions and those people with the marketing information, and frequently they don’t communicate with each other in the same language.

M: Given that marketing functions may have spread far and wide within an organisation, is it possible to reclaim that as a marketing department, or as a marketing leader?

HW: I think so. You can mount the argument – and I’m kind of agnostic about whether it’s a good thing or a bad thing – that the marketing department ought to reclaim all of these, because the counter-argument is that if your goal is to create a marketing-oriented organisation then everybody in the organisation is a marketer and everybody ought to be sharing that role.

M: Dr Winzar, really good to talk to you, thanks a lot.

HW: Really good to talk to you.

Note: The recently-accepted PhD by Adam Gaskill discussed in this article is a ‘thesis by publication’ comprising several discrete scholarly papers, bookended with chapters providing context and conclusions. The three published/accepted papers are: