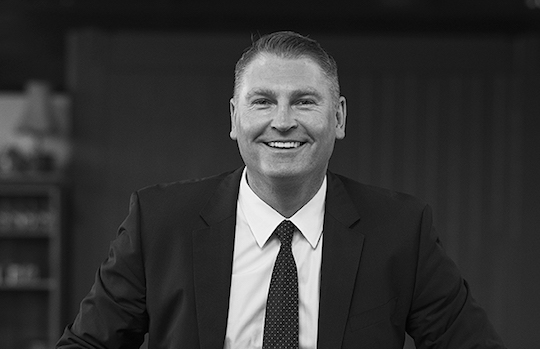 The winners in the ad industry are going to be those that have a point of view, challenge the status quo, and walk the walk as well, says Jason Dooris.

Our industry is in a perilous position, with the very real prospect that we are killing ourselves in the worst possible way.

Related: Marketing congratulates Dooris, who was was recently named Media Executive of the Year »

Advertising should be a vibrant, creative, at times even outlandish place to work, where ideas are allowed to flow, no matter how whacky or potentially difficult to implement they are.

Yet with so many of the biggest fish in our proverbial sea being multinational businesses, where the local arms ultimately have to answer to a head office located on the other side of the globe, a growing uniformity threatens to stifle us.

That’s not to say that every out-there idea is going to make the cut, but playing it safe is no way to develop the careers of your creative team, nor to build a business.

A play-it- safe, low-key attitude is increasingly present across our industry, from the growth of procurement-led pitches; to the account teams that are too afraid to say ‘no’ to clients; to the deathly quiet agency floors that would have been lively and full of energy twenty years ago.

There are too many people glued to screens and communicating by email instead of talking and building relationships; too many ‘thought leaders’ who are too afraid to stand out and have a point of view, because it might ‘make waves’.

Having the courage to foster creativity starts at the top, by the CEO ensuring a company offers a point of difference.

In any primary school on the planet, the kid who’s likely being picked on isn’t the one who agrees with everyone else and maintains the status quo. No, it’s the one who’s a bit different that gets bullied.

It’s a human foible that continues throughout our whole lives: people feel uncomfortable around those who are different, because it challenges them. And therefore the person who is different is singled out and their life is made more difficult.

Think Socrates, Galileo Galilei or Steve Jobs. Geniuses who had the courage to speak out against the way things were, making their own lives far more difficult, but ultimately being proven right.

It happens in our industry all the time.

Last year Jeff Goodby wrote a post for the Wall Street Journal in which he compared the Cannes Advertising Festival to “a plumbers’ or industrial roofing convention”.

The former President of the whole shebang at Cannes throwing that kind of shade did not go over well. But it showed that, despite Goodby, Silverstein and Partners being a subsidiary of a larger holding group, Goodby is not afraid to have an opinion that rattles some cages.

It’s what helps define both the man and his entire brand, giving the people working at Goodby Silverstein license to be similarly honest. And that honesty breeds creativity.

I had my own experience with speaking out against the industry last year – and please take this anecdote for what it is, merely a personal reflection, not a comparison of myself to Socrates – when I called out the industry-wide issue of fraudulent agencies being dodgy with DSPs.

I didn’t win many friends for shining this light, but our agency did gain clients, many of whom had been burned by these sketchy practices and were glad to hear we stood for something different.

It also gave our whole team an affirmation of exactly what we stood for and how they should be framing their work every day. That, in turn, gave them the framework to truly differentiate themselves and what our agency can offer.

An added level of scrutiny was applied to us after I called out others, as people wanted to see our agency slip up so they could call us out for being hypocrites.

It’s part and parcel of offering a point of difference: you then have to actually live it.

Lance Armstrong’s downfall was so spectacular not because he cheated – cycling was rife with doping, he merely did what so many others had already done and continued to do – the problem was that he was such a vehement critic of those who had doped and a bully to anyone who accused him of being a cheat.

Of course, it’s not a problem if you genuinely believe in and implement your point of difference every day. Make sure you’re actually playing a big game before you talk it up.

But if you do offer something different, then make sure you are letting people know.

Start in-house. It will foster a new kind of creativity that will set you apart from the competition. Then let the world know about it, so that potential clients that share your values and believe in your culture can find you.

I started this piece by making the melodramatic prediction of the death of the industry. The reality is, as with anything, our industry isn’t dying, it’s changing.

Last year, Morgan Stanley reported that some $26 billion worth of business from the world’s biggest clients was under review. The big fish from other seas are no longer bowled over by agencies with marble foyers and mahogany boardrooms.

They want value for money, and in advertising, that comes by distinguishing yourself.

And if you’re going to set a brand apart, you need to set your brand apart.

It may see you mocked and ridiculed, but it might also see you succeed in a way that could never be on the cards if you just maintained the status quo.

« Market research is not only alive and kicking, it’s the sexiest job in townMarketing brain trust: specialist roles, software and marketing operations »