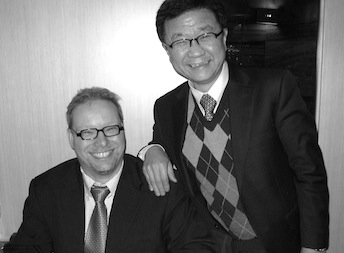 This article is co-authored by Wujin Chu, professor of management at Seoul National University.

What started on a small flame with Korean dramas and Korean music entering the US market in the 1960s has recently turned into a full-blown Korean wave, or Hallyu, swamping the rest of Asia, Brazil and Europe. This K-Wave phenomenon includes girl bands such as Wonder Girls with 39 million YouTube downloads and Girls’ Generation with 24 million downloads, or the boy bands Bigbang and Superjunior. Korea’s rival Japan has its own version with J-Pop and Hong Kong competes with Canto-pop, but the Korean pop stars are unique in combining absolute perfectionism in terms of their singing, their music and dance, and also their appearance and overall entertainment.

Consumers of K-Pop are predominantly teenage girls and young female adults that look up to the K-Pop stars, viewing them as role models. The fan base also rapidly expands to ‘Uncle fans’, males that enjoy the stars’ talent and beauty. Fans not only passively consume, but increasingly engage more actively with cover singing and cover dancing, sometimes costume play. While the Korean wave is in its infancy in Australia, it is fast growing in India, Indonesia, USA and Brazil, and has already reached maturity in Japan, China and Southeast Asia.

The Korean culture is unique in its fascinating blend of traditional Confucianism and modern dynamism, two seemingly opposite extremes. But perhaps Western consumers find this hybrid attractive because their own cultures can no longer offer either – traditional values have been somewhat removed from education and everyday life, and Western markets are also much less dynamic in comparison to fast paced East Asia.

Korea has grown from a war-torn country to an emerging market and now OECD member in the lifespan of less than 50 years. This impressive economic progression is now reflected in the cultural Korean wave Hallyu, with forerunners in Korean electronics (TV, computers, smart phones) by Samsung and LG, and the Korean car brands Hyundai and Kia. Besides products, Korean services are on the way to conquer global markets with Korea’s two major airlines Asiana and Korean Air winning numerous prestigious passenger awards. Their home base, Seoul’s Incheon airport, is one of the world’s most modern and convenient for visitors and transit passengers. Subsequently, tourism into Korea has also grown from 5 million foreign visitors to over 11 million over the past decade. Other services such as tertiary education in Korea are also among the world’s best with globally top ranked Seoul National University, Korea University and Yonsei University.

Contrast the Korean wave to Australia’s standing in global markets. Manufacturing of products is competitive if heavily subsidised by the Government (eg. Holden, Toyota), and the services sector faces dropping tourist and international student numbers. Qantas is continually losing market share and its brand is becoming more ‘Jet-star-ised’ with little growth in its network nor brand equity in contrast to the expanding East Asian carriers. Sydney airport is dated and in urgent need of an upgrade and renovation, but public funds are allocated otherwise. Overall Australia’s service quality is somewhat below levels found in East Asia with a ‘no worries’ attitude rather than a ‘serve’ approach found in East Asia, and opening hours for shopping and restaurants are restricted. Asian tourists find shopping in Australian centres boring and are instead flocking to their own emerging tourist destinations like China, Thailand and Korea.

Can Australia learn from the Korean wave to reposition former glory? To begin with, there is no obvious co-ordinated unique nation branding for Australia, whereas the Korean government actively participates in communicating what Korea has to offer. Australia also lacks a cultural wave like a Korean wave in terms of music, drama, movies or food promotions that would showcase what Australia has to offer and ultimately attract tourists. The Korean wave occurs in phases with the first wave (1995-2005) promoting Korea to the world, generating more tourism, while the second wave (2006 to present) aspires an overall expansion and performance, ultimately leading into the future third wave that will promote Koreanism as mainstream. Australia may have to attempt a similar step-by-step approach, but it will take time and effort to establish a globally attractive unique positioning strategy for Australia that could spread into the domains of music, drama (beyond Home and Away) and food. Internal efforts have to come first to improve service quality and infrastructure, followed by establishing Aussieness beyond a ‘no worries’ attitude. ‘No worries’ in service delivery is not viewed as an attractive proposition by the aspiring Chinese and Koreans with their high expectations, so Australia needs to beef up its services. What is Australia’s ‘wow’ factor? How can Australia’s market orientation be communicated with a more global and better co-ordinated media strategy? K-Pop penetrates YouTube, Google searches and Facebook. Once Australia has found its unified and sustainable marketing message, a similar media strategy to Koreas has to be implemented including mobile applications and Twitter. It could be argued that rather than introducing a carbon tax with automated welfare payments, focusing on improving Australia’s infrastructure and service environment would contribute more to the creation of a potential A-Wave, so that ultimately more than just ocean waves attract global business and tourists to Australia.

BY ON 1 August 2012
Dr Chris Baumann is a senior lecturer at Macquarie University in Sydney, Australia. His research includes customer loyalty, competitiveness in education and society, ethnic marketing, and East Asia (China and Korea). He is a visiting professor at Seoul National University in South Korea and at Aarhus University in Denmark.
(Photo: Paul Wright)

« The importance of… Digital commerce seriesTransparency is working for McDonald’s »