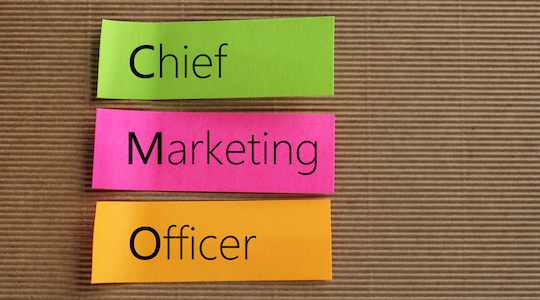 Is the lack of clear definition for the CMO role a necessary evil? Michael Valos and Alvin Lee explore the issue.

This year, the articles in this column seek to inspire a shift in the role of the CMO from one concerned with marketing execution and tactics (i.e. in charge of marketing communications) to one that provides insight and influence in the boardroom. To make this happen, CMOs need to hone their holistic and strategic skills.

The experts interviewed for this article highlight that highly valued CMOs guide their organisations through uncertain futures. They also help shape organisational cultures and champion the customer’s viewpoint in strategic planning. There are two viewpoints: academic and practitioner.

Many academic studies report that the CMO role varies between organisations, as the work carried out by CMOs seems to depend on the business context. As such, the CMO job description has been described as ambiguous.

Is this good or bad? Does this mean organisations fill CMO roles based on the performance and/or characteristics of previous CMOs and ignore the potential for hiring a CMO who can contribute strategically to the  business? The process of recruiting a CMO is not analogous to hiring a plumber. We know a plumber’s skill set and we know they can fix a blocked drain.

Hiring a new CMO is much more complex and the skills needed will depend on the context, industry, company and country in which the candidate operates.

CMO roles are influenced by such issues as marketing performance measures, CEO background, the organisation’s degree of innovation and emphasis on differentiation, and other top management team members’ marketing expertise. The variation in a CMO role characteristics and organisational contexts may lead to mismatches between the CMO and the marketing opportunity within companies – an incongruity that contributes to the long-term decline in a CMO’s influence within the top strategy team in a company.

The literature seems to imply that the blurriness of what a CMO is raises barriers in efforts to better the image and credibility of the marketing discipline and its practitioners. While academic writing provides one view, we canvassed for contemporary insights into the role of a CMO from a diverse and influential group of Australian marketers.

Internal and external reasons for an inconsistent definition of CMO role

Matthew Groskorth, senior director of global core brands marketing at Ansell, identifies internal and external influences on the CMO role. “I believe the number one reason why the role of the CMO varies is down to the individual. The CMO position in many organisations can be shaped by the personal style and the personal ambition of the individual,” he says.

These points suggest that it is healthy for marketing and the CMO to not be tightly defined, as variance in CMO roles allows CMOs to be effective in different organisational contexts and potentially different business or product units within the same organisation. This suggests there should not be a cookie-cutter approach when producing chief marketers.

Every company’s context is different

These comments suggest some organisations never give marketing a chance to contribute to performance based on historic aversion to its use and potential. However, there’s one force that may influence the role of marketing Monheit identifies: “Regardless of where they’ve been historically, the rise of digital presents a huge opportunity for every CMO to broaden their impact on both their consumers and their business.”

What do CEOs think of CMOs?

“The CMO’s role is often dependent on the attitude of the CEO,” says Chris Khor, CEO of Chorus Executive. “When a CEO views marketing as a strategic necessity, a CMO can create long-term value for the business. When a CEO views marketing as an expense centre, CMOs can be relegated as a perfunctory role. Good CMOs, however, will always approach their craft commercially to prove their worth in an organisation.”

Khor was a senior marketing executive in a multinational organisation and later went on to develop a marketing recruitment and training organisation in which she places many executive candidates, so is well-placed to provide an insight on this issue.

She points out that there are generic competencies CMOs must provide in any organisation, yet aspects of the role are very dependent on the CEO’s requirements and beliefs about the potential and practice of marketing. This may result in good candidates sensing a lack of scope in the position. This can lead to a self-fulfilling prophecy whereby underperforming CMOs are the only ones who will consider tightly defined and less influential positions.

High-quality CMOs may be attracted to organisations with a commitment to the role of marketing.

Peter Zafiris, manager of sales and marketing at BlueScope, gives a B2B perspective. “The role of the CMO is to continually create and disrupt the current,” he says. “The CMO must fail fast, learn fast and fix fast – delivering innovation born from creativity.

“This role varies depending on the customer, not the organisation. True understanding of the customer dictates the role and activity of the CMO. Ultimately, if the CMO’s work is great, customers are engaged and profitable market share grows.”

Zafiris believes customer dynamics and characteristics should be the real influence on the role of marketing and the type of CMO hired. In this way he is letting forces outside the organisation define the requirements rather than allowing internal forces or historical attitudes toward marketing to make the hiring decision.

The influences of academics and industry associations defining marketers’ roles

Taylor Tran, a director of the Australian Marketing Institute, says that marketing has not done itself any favours by poorly defining what marketing is. “If we reflect on definitions of marketing as outlined by Philip Kotler or the American Marketing Association, we see a collection of vague and broad concepts around processes and value creation,” Tran says. “Ultimately, the true test of a marketer is his or her ability to create interest and demand for the organisation they’re hired to serve.”

For marketers, this article sounds the alert that they need to match their skill set to the organisation and understand the differences between core and non-core marketing skills and perspectives.