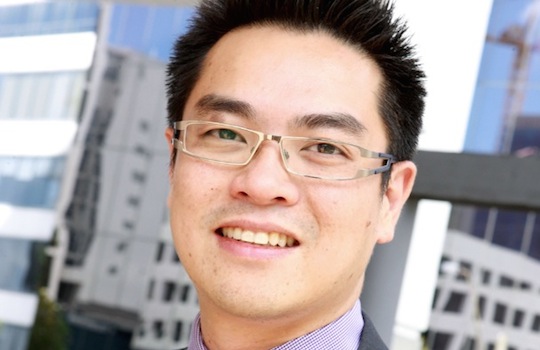 We chat with Ian Wong about what retailers need to know about the results of IBM’s survey of 30,000 consumers.

Marketing spoke to Ian Wong, partner, Interactive Experience at IBM Australia and New Zealand, to find out what this data means for retailers.

“The first thing we tried to do was understand the consumer themselves, how were they feeling? The interesting thing we found was confidence is up, the willingness to spend was up, so as consumers we are feeling buoyant. 58% to 63% in terms of confidence between 2014 to 2015.”

Wong also identified the willingness to share more information, which was once thought of us private with retailers is also on the rise. “When it comes to financial data or medical data, we as consumers still see that as quite private, but location data, social handles, email addresses, phone numbers for texts, those are things we are willing to share.”

“What we found was that the advocacy rate in Australia is the lowest since we’ve run the study.”

The way Wong defines advocacy is by asking the questions: would you recommend the primary retailer to someone else; if a competitor was to provide the same service or products, would you stay with your current retailer; and finally, if a competitor put a competing product on the market for a lower price, would you switch.

“If you were positive about a retailer in those these aspects, then we’d say you were an avid advocate.”

The advocacy rate had decline globally and Australia is a bit lower than global average of about 14%.

“We’ve seen advocacy in Australia at its lowest, which is 10%.

“But with greater choice what you start seeing is an expectation gap as expectations become higher. Because what happens is a proliferation of all that choice, you have great experiences once in a while and the expectation is, ‘why can’t I have that experience all the time.’

“So we are seeing that the expectation gap is growing around what is a great shopping experience.

Wong says that means that the retailer needs to deliver omnichannel promises which tell the customer: I will be listening to you constantly; I will know you based on what I hear from you and I will empower you in that fashion. This requires retailers to be seamless across all channels.

“The way you interact with me in store, in a call centre, online, it needs to be seamless. What retailers need to do is integrate between the channels.

“It’s not only about the interaction before the sale, its about the interaction after the sale; so delivery. Australians have an expectation they should be able to purchase through any channel and get it delivered the way they want, whether that’s pickup in store, home delivery and so on. And that brings in a lot of sophistication in terms of inventory management.

“And the final point is around post purchase service, which is, if there is a return or have some questions about merchandise, the retailer understands the interaction that I’ve had with them up until that point and helps me accordingly. Which now again means you need to have a single view of the customer.

“If we think about the expectation gaps, there’s been a lot of work in terms of integrating those channels and we are seeing that, but its continuing work. Around the supply chain integration, around inventory, that’s where we’re seeing some of the gaps.

“One example of that is when I go in store, and this is something Australian consumers are saying, they really want a good accurate picture of through the digital channels of the inventory before they go into the store. And not only that, they want staff members to be able to resolve inventory issues.”

Wong said that on the whole we retailers aren’t delivering that level of customer experience yet.

“So there’s a gap there around that omnichannel inventory.

“Australian consumers are willing to share social information, and when you think of those three things – omnichannel integration, supply chain integration around inventory – and also that personalisation of interaction based on customer data – those three elements can help a retailer in terms of building that competency around personalised interaction if they bring all of those together. We’re seeing some spots in the market where there are some trials around that, but for the retailers to close the expectation gap it needs to become systemic.

Wong identified advocacy as the main change from last year as the rate of “disengaged customers” went from 24% to 37%.

“So at a top level, that’s the most interesting trend we need to address, from a retail industry standpoint and from dissatisfaction from a consumer standpoint.

“And the second trend we are seeing is that view of online, it is growing, in terms of the willingness to use online or the propensity to use online. When we’ve asked consumers what was the last channel they have shopped, there’s this growing number that have said the online channel.

“The final point is this concept around social, global and mobile is we are finding consumers are more and more willing to share that kind of information, which retailers can use to drive that loyalty to increase advocacy.

“So that is the real opportunity we are finding from this study.”

« Supermarket monsters can be agents of changeBattle of the Brands: Coles versus Woolworths »